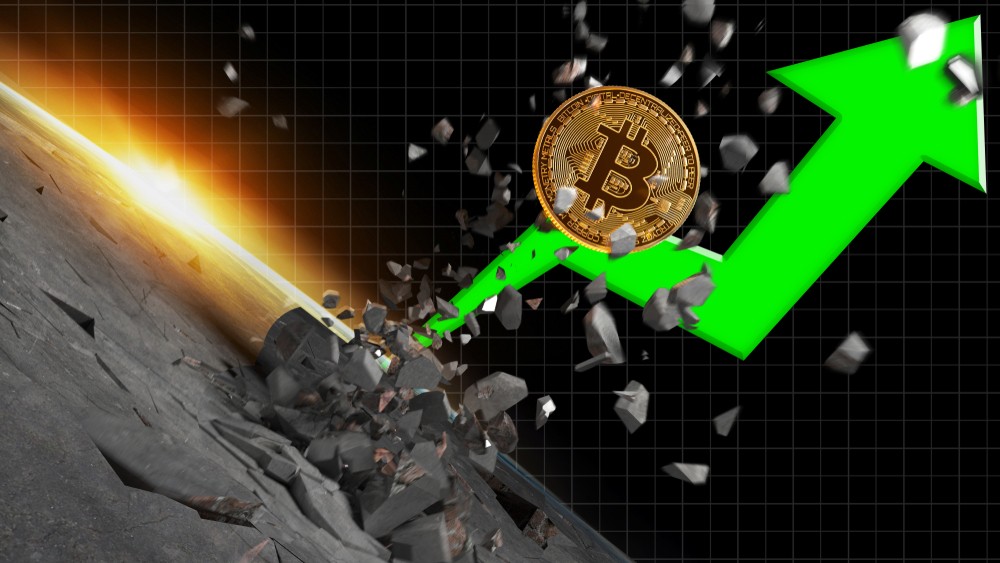 A number of luminaries have been making bold statements or taking action. Blackrock's CIO says bitcoin could replace gold to a large extent. Jack Dorsey's company Square has a Cash App that is estimated to be buying around 40% of all newly-issued bitcoin. Meanwhile, customers can now buy, sell, and hold cryptocurrency directly from their PayPal accounts. With its 300 million active users, this will have a big impact on bitcoin as the number of currently bitcoin users before the PayPal announcement was around 100 million. This took 12 years to achieve, with the number of users roughly doubling each year, and no signs of this slowing especially with all the institutional capital now starting to buy bitcoin. This suggests the current bull market is more sustainable than the one in 2017 when bitcoin reached old highs of 1163 in Feb-2017. Ready to surf the tsunami?

Now that PayPal has pivoted, volume has exploded showing PayPal is already buying almost 70% of the new supply of bitcoins. When combined with Cash App also buying bitcoin, both will want to buy more than 100% of all newly-issued bitcoins. 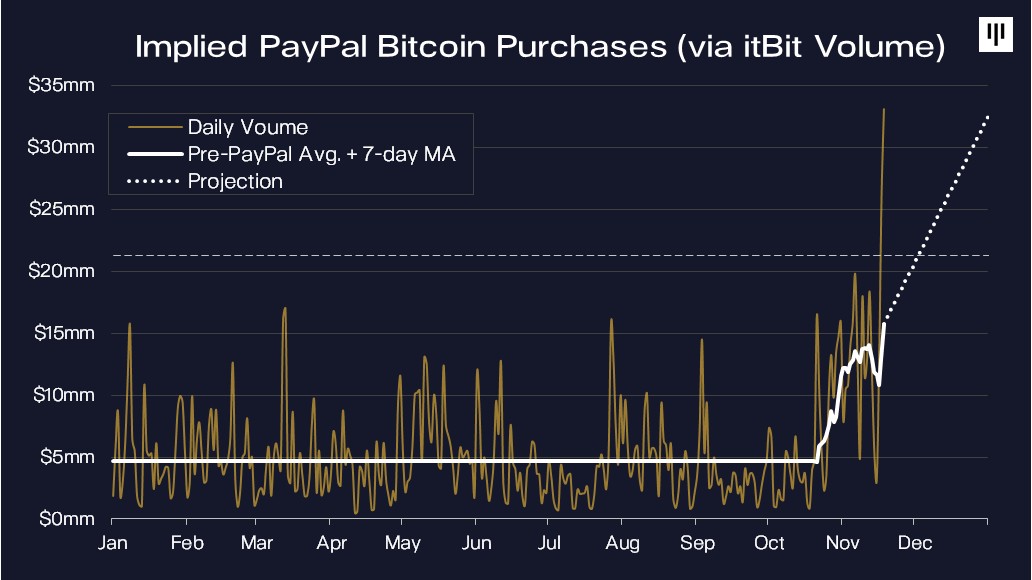 This suggests enormous new buying pressure which should propel bitcoin higher. As other companies and institutions buy bitcoin, supply will become even more scarce.

History Can Work Against You

As bitcoin reached new highs, many are making predictions as it is commonly believed that bitcoin may correct 30-40% as it has a number of times in its price history whenever it hit new all-time highs after basing for many months or longer. But when it comes to making price predictions, history can work against you. Many said bitcoin had to close the trading gap in price it made earlier this year because it had always done so on the CME since it started trading in late 2017. But I argued that the tailwinds in effect are so substantial that bitcoin does not have to repeat history (see my prior reports). Further, the data set is small since bitcoin has only been trading on the CME since late 2017.

Likewise, it does not have to correct by at least 30% once it reaches old highs of just below $20k. That said, the Livermore rule is hugely in effect since whole numbers often act as a barrier or support. With round numbers, Livermore noticed stocks that blow through say $100/share on strong volume would often sustain the move well beyond 100 so could be bought. Likewise, stocks that anemically crossed 100 would often get pushed back well below 100, thus could be shorted. I will be monitoring price/volume of actual bitcoin in real-time to see how it behaves around 20000. Due to the huge tailwinds at hand which my metrics support, bitcoin could well overshoot to $25k or even $30k if history is any guide before having one of its typical corrections where it then quickly loses 1/3 off the top. Meanwhile, ETH and alt coins could jackknife higher even while bitcoin corrects. Over a period of days, ETH does not always have to continue to fall when bitcoin falls. Just as with leading stocks, understanding context and the behavior of the leading alts alongside BTC and ETH is key. Position sizing, curating one's positions, and strategically migrating capital is essential to superior returns.

When Ethereum was launched, its purpose was to provide a platform for other companies on which to build their blockchain applications. Since ethereum continues to evolve, it has become a catalyst for Web 3.0 which is a private, decentralized and uncensorable internet. Ethereum is the economic sandbox of the planet. It facilitates global, neutral, permissionless protocols via DAOs so we can interact with each other by way of ideas, commerce, sales, and value transfer. COVID, working from home, and censorship on Youtube and Twitter among other timely issues are strengthening the need for Web 3.0 and decentralization. The growth of internet nationalism where countries are trying to block each others' services off the internet is worrisome and spurs this need. In time, more and more people will become part of the decentralized global ecosystem.

So as bitcoin climbs higher, so will ethereum, and if history is any guide, expect the best alt coins to outperform ETH and ETH to outperform BTC.

As for QEInfinity, since 2018, the Fed's balance sheet has strongly correlated to bitcoin's price. Expect more of the same. 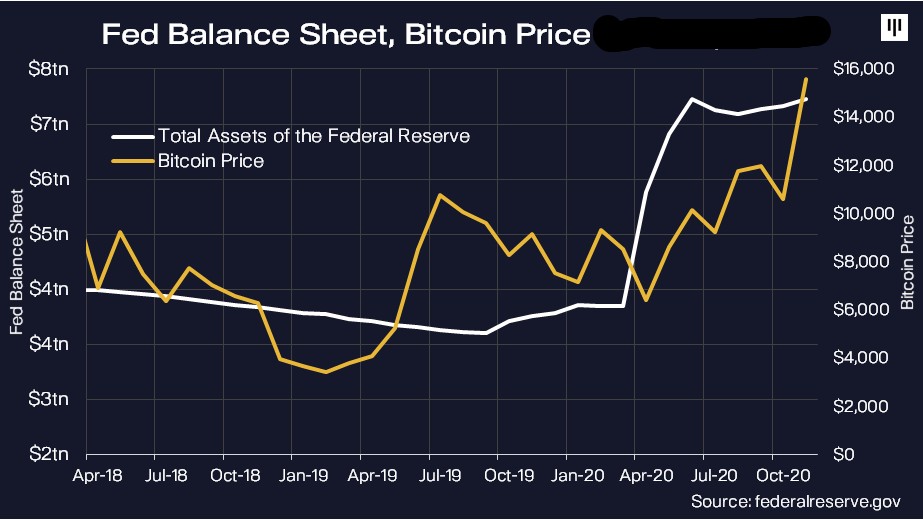 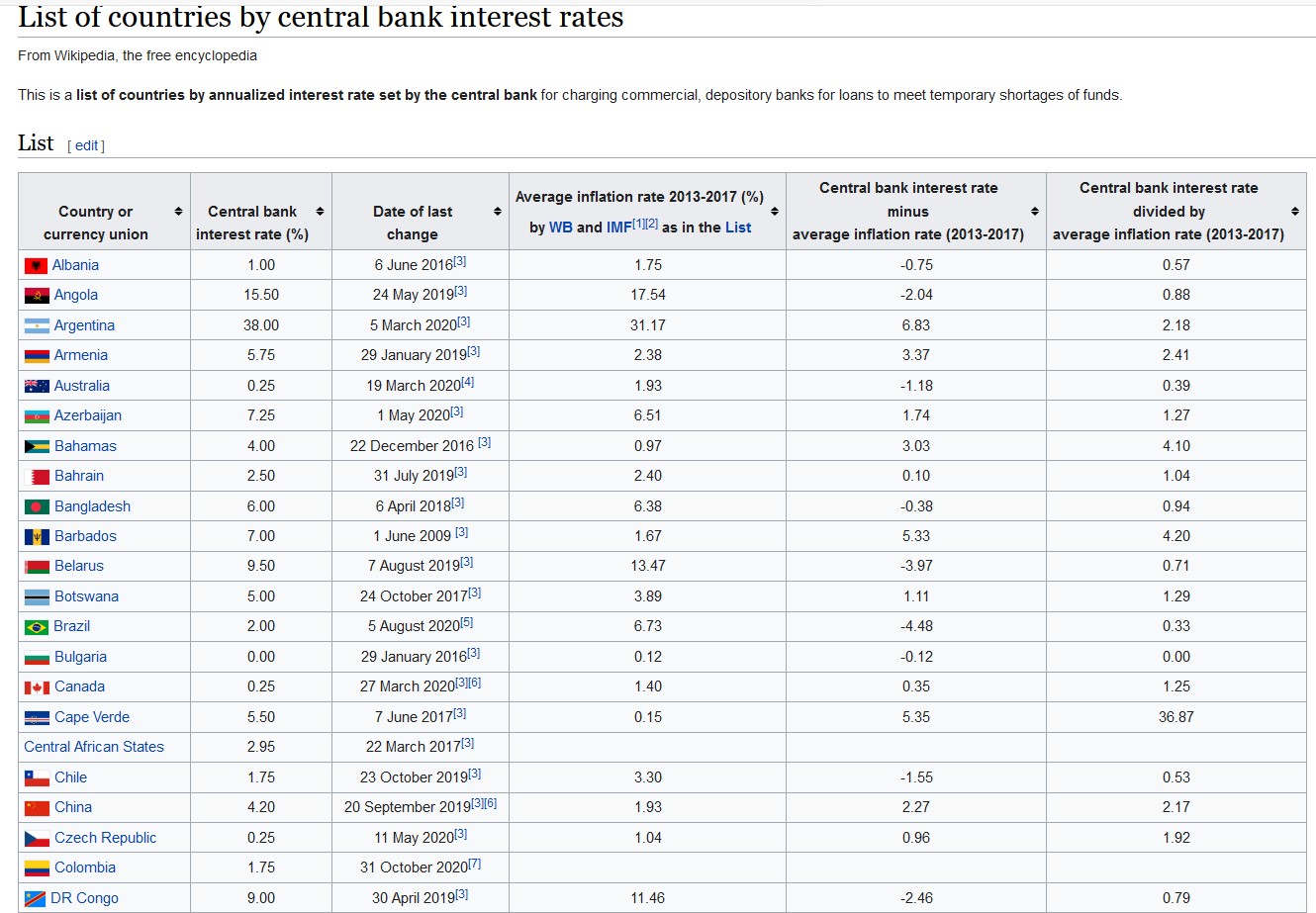 So where do things stand? We have money printing at levels that are hard to believe. The U.S. Federal Reserve has printed a trillion dollars in a month with more to come, interest rates at 5000 year lows, and an exponential number of individuals, corporations, and institutions buying bitcoin and eventually ethereum. The asymmetrical upside in bitcoin and alt coins remains fully intact despite the prior mega bubbles where huge wealth was made only to be followed by the blowing apart of such bubbles where massive losses were endured. Timing is everything.
Like what you read?
Let us help you make sense of these markets by signing up for our free Market Lab Reports:
This information is provided by MoKa Investors, LLC DBA Virtue of Selfish Investing (VoSI) is issued solely for informational purposes and does not constitute an offer to sell or a solicitation of an offer to buy securities. Information contained herein is based on sources which we believe to be reliable but is not guaranteed by us as being accurate and does not purport to be a complete statement or summary of available data. VoSI reports are intended to alert VoSI members to technical developments in certain securities that may or may not be actionable, only, and are not intended as recommendations. Past performance is not a guarantee, nor is it necessarily indicative, of future results. Opinions expressed herein are statements of our judgment as of the publication date and are subject to change without notice. Entities including but not limited to VoSI, its members, officers, directors, employees, customers, agents, and affiliates may have a position, long or short, in the securities referred to herein, and/or other related securities, and may increase or decrease such position or take a contra position. Additional information is available upon written request. This publication is for clients of Virtue of Selfish Investing. Reproduction without written permission is strictly prohibited and will be prosecuted to the full extent of the law. ©2022 MoKa Investors, LLC DBA Virtue of Selfish Investing. All rights reserved.
FOR OUR FREE MARKET LAB REPORT :