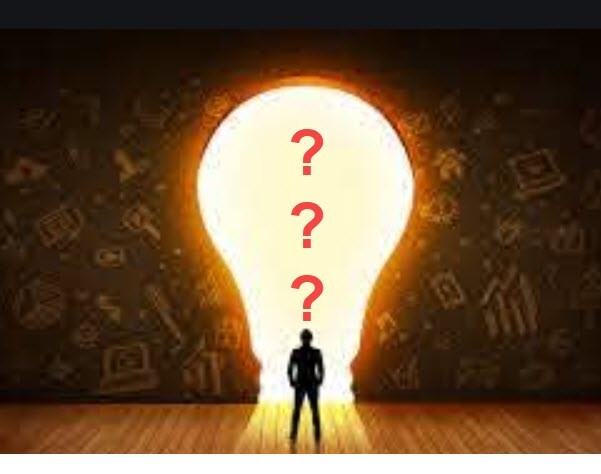 There was a distribution day on the NASDAQ Composite last Monday. It came just two days after its follow through which suggests this follow through day will fail. Volume was huge showing institutions were sellers off the peak even though the S&P 500 and Dow Industrials finished up.

As for election uncertainty that may ensue due to potentially provable allegations of voter fraud including the number of votes cast for Biden by the deceased, President Trump and his campaign say they are pushing on to fight the election results tooth-and-nail. The question is what this will do to the stock market. Back in the year 2000 from 11-7-00 on election day to 12-12-00 when it was not clear who won, markets were already in a downtrend after the dot.com bubble burst in March 2000, so it is difficult to say how much selling pressure was due to the election uncertainty, but from the looks of the chart, nothing significant. Presently, cases have already been made that whether Biden or Trump ultimately becomes President, QE is here to stay so this will benefit stocks, bonds, hard assets, gold, and bitcoin.

That said, proven voter fraud could spur deepening social unrest, especially if Biden's Presidential title is called into question by no less than the Supreme Court. Warning: Volatility Ahead.

The question is whether bitcoin will remain decoupled to the stock market. When the stock market fell in October, bitcoin moved higher. This decoupling was the first time this has happened this year. With bitcoin, ethereum, and other alt coins having made material gains as of late as well as bitcoin clearing prior major resistance around $14,000, I thought I would mention Nouriel Roubini who was at one time considered a thought leader earning himself the nickname Dr. Doom for calling the 2008 financial crisis. Nevertheless, he's the same guy who told the U.S Congress in testimony he gave in 1991 that mobile phones were useless among other technological milestones over the span of his career. You're probably aware of his arguments against bitcoin and blockchain which you can see in a prior report I published last year.

Roubini reminded everyone of his "thought leader" status in Jan-2015 when bitcoin round tripped back down to $150 after hitting highs over $1100. He stated proudly: “You will never see bitcoin go from here to $10,000. It's over for bitcoin.” Countless mainstream media articles sided with his statement. He gave reasons such as:
-China's dominance in bitcoin mining which would corrupt bitcoin
-the banning of bitcoin by various governments
-it has no value
-it's another tulip bulb craze
...among many other arguments. This statement that it's over for bitcoin was prompted by a prediction I had made in 2013 when bitcoin was trading under $100 that bitcoin would get to $10,000 within the next few years. Then in late 2017 after bitcoin had reached $10,000, my keynote at the Geneva FinTech annual conference had a slide showing that as a consequence of another climax top, bitcoin would touch $1,000,000 by 2023. This prediction still stands based on its prior past price history as well as the numerous material tailwinds at hand, all of which I have discussed in prior reports.
Then recently, somewhat similar reasonings were given by another self-proclaimed thought leader. Bitcoin’s divisibility was used to justify how bitcoin will never go to $200,000 in any 12 month period because, ultimately, there's too many bitcoin. Yet such divisibility does not prevent it from mooning (typically 10x or greater) as it has done several times before, once it hit new major highs. It was also stated that even if bitcoin reached $200,000, it would make satoshis prohibitively expensive to most buyers. In reality, satoshis would still be at a price point that most anyone could still afford to buy especially given the extremely low transaction cost. They would just end up buying fewer satoshis. Also, such statements fail to realize that fiat continues to devalue at an accelerated rate, which further boosts the price of bitcoin, so everyone will have more units of currency that is worth less, and eventually perhaps worthless in a number of countries.
These types of statements ignore the basic elements of trade and why some assets continue to move higher against all “rationale”. Supply/demand rules all. Further, bitcoin's tailwinds which remain in play more than ever are the reasons why it has been the most profitable asset ever in the history of asset appreciation. $1 to over $20 million in 10 years, which yields a return of over 2,000,000,000%. While some argue this is against all reason, markets are a lot smarter over the long run than any of us. Some may remember short sellers that got killed in the late 90s trying to short Amazon because it was not going to have earnings for a number of years.
Jesse Livermore once infamously said no one person can beat the markets over multiple cycles. The ego tends to get the best of most traders. But should a trader "Know thyself", they may stand a chance. Lifetime traders who made repeated killings in the markets like William O'Neil, Ed Seykota, Gil Blake, Tom Basso, and a number of others kept their egos in check.
Another statement made by the same unmentioned thought leader above was that since billions of people in third world countries earn less than $1 a day, there's no way they can contribute to buying bitcoin. Such proclamations and denigrations against bitcoin and blockchain miss the point of how platforms such as Brave Browser (BAT) is not just one of the fastest, most efficient browsers available but enables those who make only a dollar a day to earn several dollars or more a day through the growing number of such platforms which are made in bitcoin equivalents. Certainly, partially decentralized platforms such as Steemit among others have also enabled such profits since 2016. While Steemit has been coasting with no real development, it still served as an early example for what can be achieved with partially decentralized platforms. Meanwhile, fully decentralized autonomous organizations, known as DAOs, are being developed.
Trillions and Trillions of Dollars

The legendary astronomer Carl Sagan used to talk about billions and billions of stars. In a similar vein, the blockchain-driven cryptospace will be worth trillions and trillions of dollars within the next few years as the space is an exponential grower. The rising tide will lift many boats including those in the third world countries, most who do have internet access via mobile phones, laptops, or internet cafes, so can participate in the tidal waves of growth heading our way. The next generation is embracing such tech even in third world countries. Kids found packages of iPads accidentally left behind by an entrepreneur and figured out how to use them. The kids did. Not the adults. Philanthropists got word of this so have become regular providers of these tech tools to the new generation of kids in such third world countries.
Like what you read?
Let us help you make sense of these markets by signing up for our free Market Lab Reports:
This information is provided by MoKa Investors, LLC DBA Virtue of Selfish Investing (VoSI) is issued solely for informational purposes and does not constitute an offer to sell or a solicitation of an offer to buy securities. Information contained herein is based on sources which we believe to be reliable but is not guaranteed by us as being accurate and does not purport to be a complete statement or summary of available data. VoSI reports are intended to alert VoSI members to technical developments in certain securities that may or may not be actionable, only, and are not intended as recommendations. Past performance is not a guarantee, nor is it necessarily indicative, of future results. Opinions expressed herein are statements of our judgment as of the publication date and are subject to change without notice. Entities including but not limited to VoSI, its members, officers, directors, employees, customers, agents, and affiliates may have a position, long or short, in the securities referred to herein, and/or other related securities, and may increase or decrease such position or take a contra position. Additional information is available upon written request. This publication is for clients of Virtue of Selfish Investing. Reproduction without written permission is strictly prohibited and will be prosecuted to the full extent of the law. ©2021 MoKa Investors, LLC DBA Virtue of Selfish Investing. All rights reserved.
FOR OUR FREE MARKET LAB REPORT :