Dr K Market Direction Model
While the model has done well since early 2019, and outperformed from early 2016 to early 2018, it had difficulty for much of 2018. Please explain.
Originally written Feb 8, 2019 (see timestamp at end of FAQ). Updated Jun 1, 2020.
Good question. The Market Direction Model (MDM) is not a black box. It remains flexible to changing markets. In the QE on again, off again markets of prior years, the model made an adjustment to hold positions longer to minimize whipsaws while profiting from a larger portion of an uptrend, even though such uptrends were considerably choppier than the uptrends enjoyed in the 1990s.

This included a material change made to the model in early 2019 when this piece was originally written. In certain prior periods, the model could get pushed out of its buy signal into cash or a sell signal which often short-circuited profiting from the market's choppy uptrend.
The trend following wizards, a group of top performing hedge fund managers with long term track records, started to lose money year in, year out starting with the year 2009 due to the start of quantitative easing which changed the nature of trends in the major averages. Since 2015, they were down in 2015, 2016, and 2018 while roughly flat in 2017 and only up 7.6% in 2019. In these challenging years, the Market Direction Model still well outperformed during this period except for much of 2018. Due to this underperformance, the model made small adjustments to stay in sync with changing markets. Late 2018 was sloppy and wide banding due to diminished levels of QE and slowing economies. As a consequence, the market was trading in wider, volatile bands. 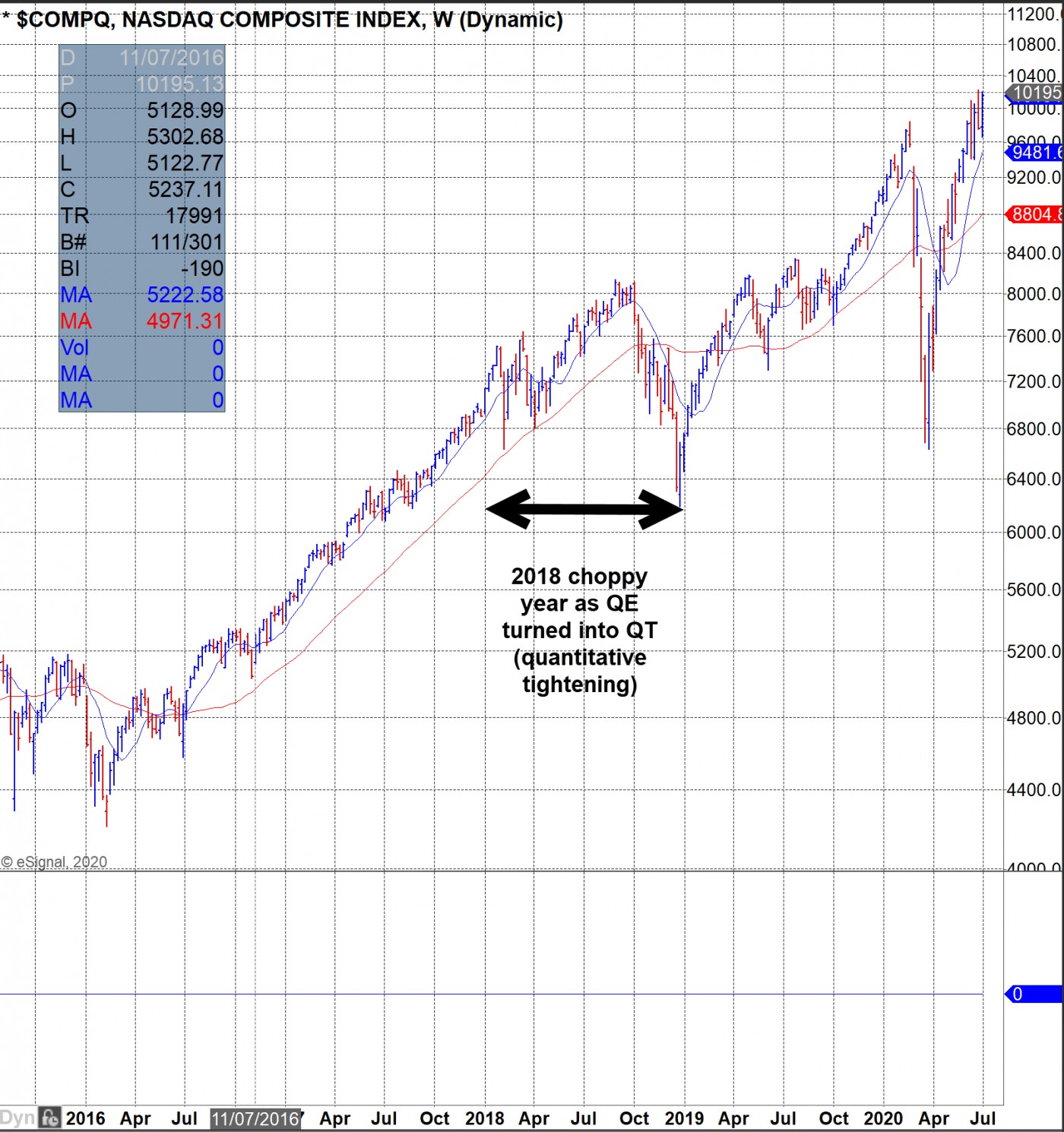 Thus the model has since opted to capture wider bands as the market may very well continue to trend higher from here but in a sloppy manner given the tug-o-war between QE (given how all the central banks are in alliance to print print print) vs. slowing economies. As stated in our reports, the model is taking fewer signals to capture major trends which helps to minimize whipsaws. This means buying and selling later but with fewer whipsaws and being able to ride major trends longer. This is a different style to those who wish to trade the markets on a shorter term basis.
As for MDM performance, the numbers reported in the performance tables do not take into account reduced position sizing. The performance numbers are based on going 100% long, short, or cash. In practice, we advise members to risk significantly less capital than normal should volatility levels become elevated. During such periods, the Market Direction Model will take greater risk by allowing larger losses during such periods to avoid getting whipsawed. Thus, the performance tables do not take into account this reduced level of capital risk. The trade off is larger loss allowances. As with our other services, members are always advised to set their own stops and/or adjust their position sizes in line with their risk tolerance preferences.

Note that my style of trade differs from Gil's style of trade which differs from the time horizons of the model. We can both be sitting on long positions in stocks while the model is on a sell, and vice-versa. This is simply because the model now takes a longer term approach to capturing major trends in either direction.

What is important is we make sure our members know that markets change so their strategies must also adapt. The FAQ section created by me with the help of our members with their studious questions has become a place where investors can seek answers. And if any further clarification is needed, they can always write to us.
FOR OUR FREE MARKET LAB REPORT :