Crypto Report - Dr K's Crypto-Corner : 500 years ago everyone knew the earth was flat... 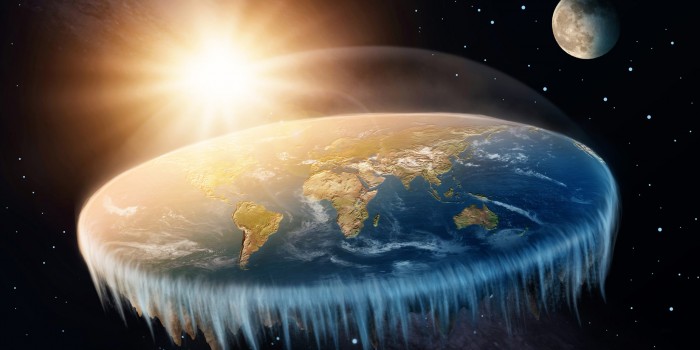 1500 years ago everyone knew the sun revolves around the earth. 500 years ago everyone knew the earth was flat. Today, everyone knows we need to be governed. Yet animals don’t need formal governments so why do we? If your answer is something along the lines of “To prevent us from blowing ourselves up”, it is these very governments which have created the wars and the stockpiling of nuclear weapons of mass destruction. The US has more military installations by far than any other country even though they want people to believe that Russia poses a far more grave threat. What happens when a national government shuts down? A recent example is Spain who went nearly a year without a national (as opposed to local) government. Spain experienced more economic growth.

The issue at hand is that different systems of government offer varying levels of freedoms but eventually devolve into concentrating power into the hands of the few who then use financial, judicial, and military means to control the many. Such power structures could not exist under a decentralized form of government. Such decentralized governance would truly empower the individual far greater than any other system of government, past or present.

1 is the unit of measure. But what does it measure? All social systems put into place show 1+1=2. But 1+1 has never equalled 2. Our numbers and letters oversimplify but understandably so. We've codified our existence to bring it down to human size to make it comprehensible. We've created a scale in our attempts to simplify the truly unfathomable scale that is our multidimensional universe (multiverse?) as science is just starting to uncover. But at what price?

When it comes to systems of government, structures have been put in place that prevent any square pegs from thriving in round-holed societies. This oversimplification comes at a great price to those on the fringe. As one of many examples, for years public education labelled bright minds on the autistic spectrum as slow. Such students were relegated to the 'back of the class' and often swept under the rug or put into 'special education' classes. It took Temple Grandin to shine a light into these dark corners so society would realize that charmed places such as Silicon Valley would not exist without such 'weirdly wired' minds. Indeed, such students are often actually quite gifted, just the opposite of what was commonly believed in those days.

Over the centuries, those outside of the realm of the norm have been persecuted and prosecuted. The original witch hunts that started in the 15th century culminating in Salem in the 17th century then spreading to all its variations and shades of gray have been a plague on humanity whether it be McCarthyism and the communist red scare in the 1950s or marijuana madness in the 1960s or the witch hunt crimes of today. Unsurprisingly, the UK aired a BBC documentary saying marijuana is as dangerous as heroin. Those such as my friend who runs www.21stcenturywire.com know I've been vocal about various issues under a nom de plume.

If 5000 years of history are any guide, governments have always controlled by initially reducing then quashing productivity and freedom. Ed Seykota details this nicely in his book "Govopoly in the 39th Day". They often target the younger demographic, especially those who are educated, much as Mao did during his reign of terror as he felt this demographic stood the greatest chance of overthrowing his regime. The brilliance behind blockchain is that governments in their current form are rendered obsolete as the technology eliminates the need for trusted third parties (TTPs) as I discussed in a prior Crypto-Corner. Noted MIT academic and inventor Raymond Kurzweil with roughly 9 out of 10 of the predictions he made in the early 1990s coming true said in a recent interview he sees governments becoming, in time, like the typewriter. He doesn't necessarily see a violent collapse but a fading away of the old guard, much as typewriters still exist but their utility has dramatically diminished.

The Government Focus on Financial Control

When it comes to financial matters, governments have always made total control of people's finance their focus, after all, this is how they ensure their survival via taxes. Yet freedom of speech remains one of the cornerstones of a free society. But think of what freedom of speech entails. It is just code expressed by individuals. But now, money is just code as well. This makes speech and money very similar. It is thus contradictory that governments will try to restrict the flow of money yet at the same time, try to uphold the freedom of speech.

They cannot have it both ways. Perhaps freedom of speech will come to an end and governments will have a staunch monopoly on our words, thoughts, and actions, much as foreseen by George Orwell and Ayn Rand. Singularly, the surveillance state is well upon us as trillions of dollars and pounds are spent monitoring our activities as notable whistle blowers such as Edward Snowden and Julian Assange have brought to light. On the other hand, with the launch of blockchain technologies, the flow of money may remain borderless with governments unable to control this flow.

Peer-to-peer (p2p) has always been the way around government control. Governments would have to shut down the internet in its entirety to prevent p2p. Or shut off all electricity. If either were to happen, the world would be embroiled in the deepest of revolutions as has always been the case. Just look at the degree of recent social unrest caused by the South Korean government threatening to regulate cryptocurrencies.

Blockchain is pure code. It is supremely anti-fragile. There is no government control. Bitcoin turned code into money. For governments to stop bitcoin, they would have to stop code. Governments would have to stop me from sending code to other people who in turn would have to be stopped from sharing this code with others. Governments might as well stop us from thinking. Of course, public education has been designed to do just that, but I digress.

Governments are starting to realize that they cannot stop the flow of money around the planet via bitcoin and other cryptocurrencies. Countries such as China have a maximum of $50,000 U.S. equivalents that can be moved offshore. Due to massive levels of capital flight that well exceed these levels, China has tried to shut down centralized cryptocurrency exchanges but the cryptocurrencies just move offshore via centralized offshore exchanges or decentralized exchanges. p2p is also another vehicle. Further, trillions of codes come through via the internet so to figure out which codes are crypto-related vs. all the other internet-related functions (social, business, blogs, etc) would be a seemingly impossible task. And even if crypto-related codes could be identified, encryption would be an easy alternative. The valuations of cryptotechnologies that allow one to hide profits and assets such as Zcash, Monero, and Dash are in the billions and their exponential growth seems far from over. The tax implications are vast.

Nevertheless, governments will have to support cryptotechnology or get left behind. Blockchain is creating the fifth protocol layer that will power the next generation of the Internet, call it Web 3.0, and no government wants to be left behind. For those interested, Web 2.0 is what exists today as the interactive, e-commerce, and social web facilitating collaboration between people while Web 1.0 was static, thinks days of the Mosaic browser, where websites were information dumps that could be read but little interaction took place. No doubt, we are at the dawning of decentralized digital commodities, and if history is any guide, governments will try to accumulate as much as possible just as they did in the days of physical commodities. It should come as no surprise that not only are central banks the major shareholders in some of the largest publicly traded stocks but are also the quiet buyers of cryptocurrencies such as bitcoin especially when it comes to price manipulation on negative news as was recently discovered in South Korea.

Bitcoin is freeing humanity from corrupt governments, all the while disguised as a ponzi scheme.