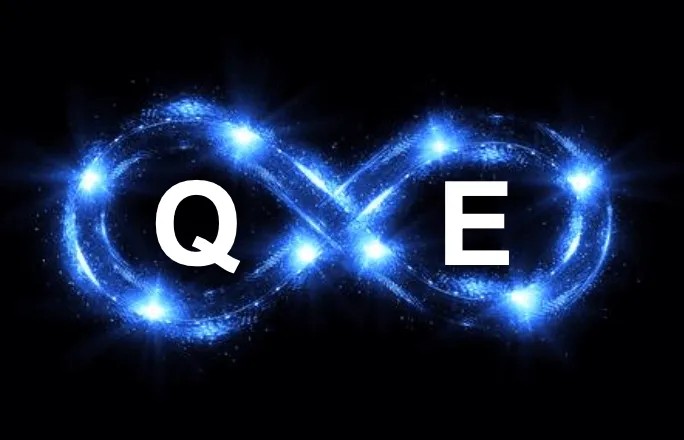 Hayak Rolling In His Grave

The global economy remains at a tipping point despite record levels of QE being pumped into the system. China's economy grew at its slowest rate in nearly 30 years in the third quarter. While Trump's tweets often suggest closer agreement between the U.S. and China, Trump is likely to take advantage of the struggling Chinese economy by holding out for more important concessions from Beijing than offered so far.Over in the UK, while the Brexit news came across bullish at first, Britain's prime minister Boris Johnson still faces an uphill battle getting his Brexit deal through an obstinant House of Commons. Opponents of Brexit could force a referendum when the government brings legislation to implement the withdrawal agreement. Thus expect more delays. No real surprise there.

Both the trade war and Brexit matters are unfortunate headwinds to the global economy. Keep in mind that both were non-issues prior to 2016 when Brexit was born then 2018 when the trade war began. Yet QE which began in late 2008 has been needed in dire fashion (at least according to most politicians) since the great financial collapse of 2008, well before either Brexit or the trade war began.

While central banks envisioned by the legendary economist Friedrich Hayak were to be politically neutral, the result in recent times has been an increasing influence from high-powered political leaders on central bankers which, as a consequence, can have a major impact on monetary policy. Indeed, central bankers have sadly become tainted by the gale force political winds at hand. So while Hayak's correct philosophy of using private investment, rather than government spending, to promote sustainable growth, the lines between the private sector and government have been blurred.

Indeed, President Donald Trump has bullied the Fed to print baby print to where the U.S. budget deficit is set to mushroom to $1.5 trillion per year. Do the math and U.S. debt will be over $22 trillion or 106% of GDP. Most western economies are also driving their levels of debt higher. Italy, Spain, and Portugal are all sitting on debt mountains well above 100%. Any further economic slowdown could see a domino effect ensue as their debt ratios soar, triggering a credit panic and the possible end to the EU. But this debt trend trajectory is not looking to slow because the trade, cyber, and deferred military war with China costs big money. Adjusted for inflation, defense spending by the U.S. is now close to the level of peak spending during WW2.

The U.S. central bank continues to attempt to project an image of control. They say the financial markets are simply experiencing technical issues and seasonal bottlenecks such as quarterly tax payments. The Fed will start buying $60 billion in treasury bills per month and has called such action purely technical to gain control over interest rates. Yet the CME Fed Futures shows near certainty that the Fed will lower rates once again when it meets later this month. That will be 3 rate reductions across the last 4 Fed meetings.

The Fed is looking to further expand its asset purchase programs and grow the balance sheet in what Chairman Jerome Powell described the other week as an “organic” process rather than QE4, or a fourth round of QE. Potato potahto. QT, or quantitative tightening, will be undone as Powell must let the balance sheet grow. During the tightening process, the Fed allowed more than $600 billion of assets to roll off. Correspondingly, reserves fell to $1.47 trillion, the lowest since March 2011. Powell said the issue of balance sheet expansion will be taken up at the next FOMC meeting in late October.

The Fed has been busy putting out fires in the repo markets. What started as a temporary operation has expanded into a whopping daily injection of $165 billion on both the temporary and permanent facilities. While QE can keep things afloat longer than anyone can imagine, we had 3 nasty recessions in the past that occurred despite rate cuts and all came after yield curve inversions:

We are clearly on track for another recession with the faltering global economy, the ongoing trade war with China, and the never ending Brexit saga. Billions pumped into the system by central banks will most likely not end well, as former central bank chairperson Alan Greenspan has said. The only chance is exponential growth technologies somehow save the day as the tendency to underestimate the power behind such technologies is standard. Nevertheless, if history is any guide, odds greatly favor another recession at some point over the next few years regardless of QEndless and Trump's pro-business policies.

QE has helped spur the decade-long bull market while driving debt and interest rates to unprecedented levels. As a consequence, the biggest, fasting moving companies have become the new alt currencies as mutual and hedge funds must be invested to keep up with their bogies. Such stocks are leveraged to the inflationary era of QE as hard assets, gold, real estate, and bitcoin continue to rise in price. Not surprisingly, AMZN and NFLX had the biggest gains since the bull market began in early 2009, though as of late, NFLX is running into some trouble.

From trough to current price: