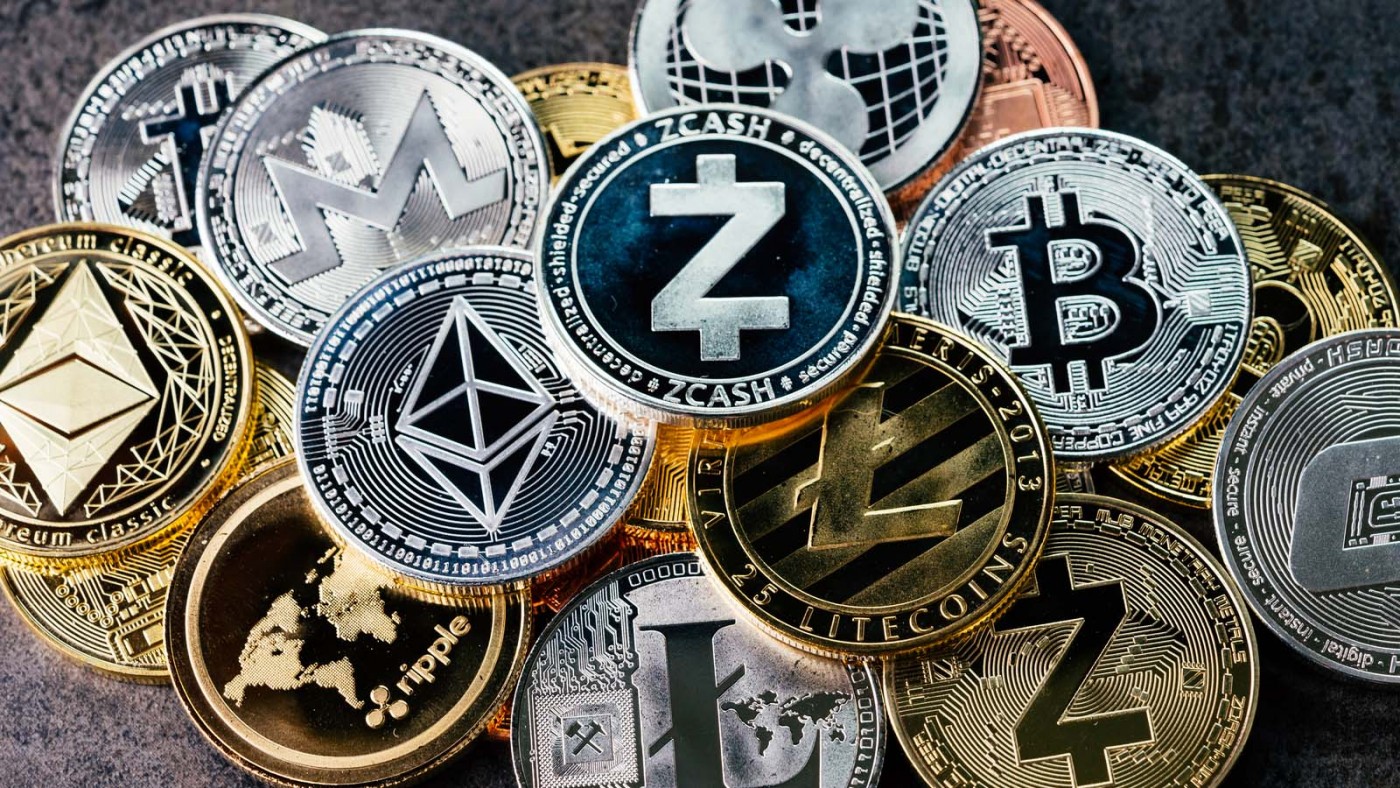 Peter Schiff, the vocal anti-bitcoiner, was recently quoted as stating, "The recent rise of Bitcoin relative to gold in no way proves that bitcoin is a superior store of value. Exuberant investors are flocking to risk assets and shunning safe-havens world-wide. As the riskiest asset of them all, bitcoin is being bought as part of the risk on-trade."

In reality, bitcoin is the world's first risk-on safe-haven asset. It goes up during traditional boom cycles (due to its S-surve) but it also goes up when investors flock to safe-havens (due to its underlying mathematics). That's not to say it won't have its share of bull market corrections where it typically loses around one-third of its value if prior history is any guide. While this sounds sharp, a log plot shows such corrections are small when compared to bitcoin's overall uptrend during bull markets. 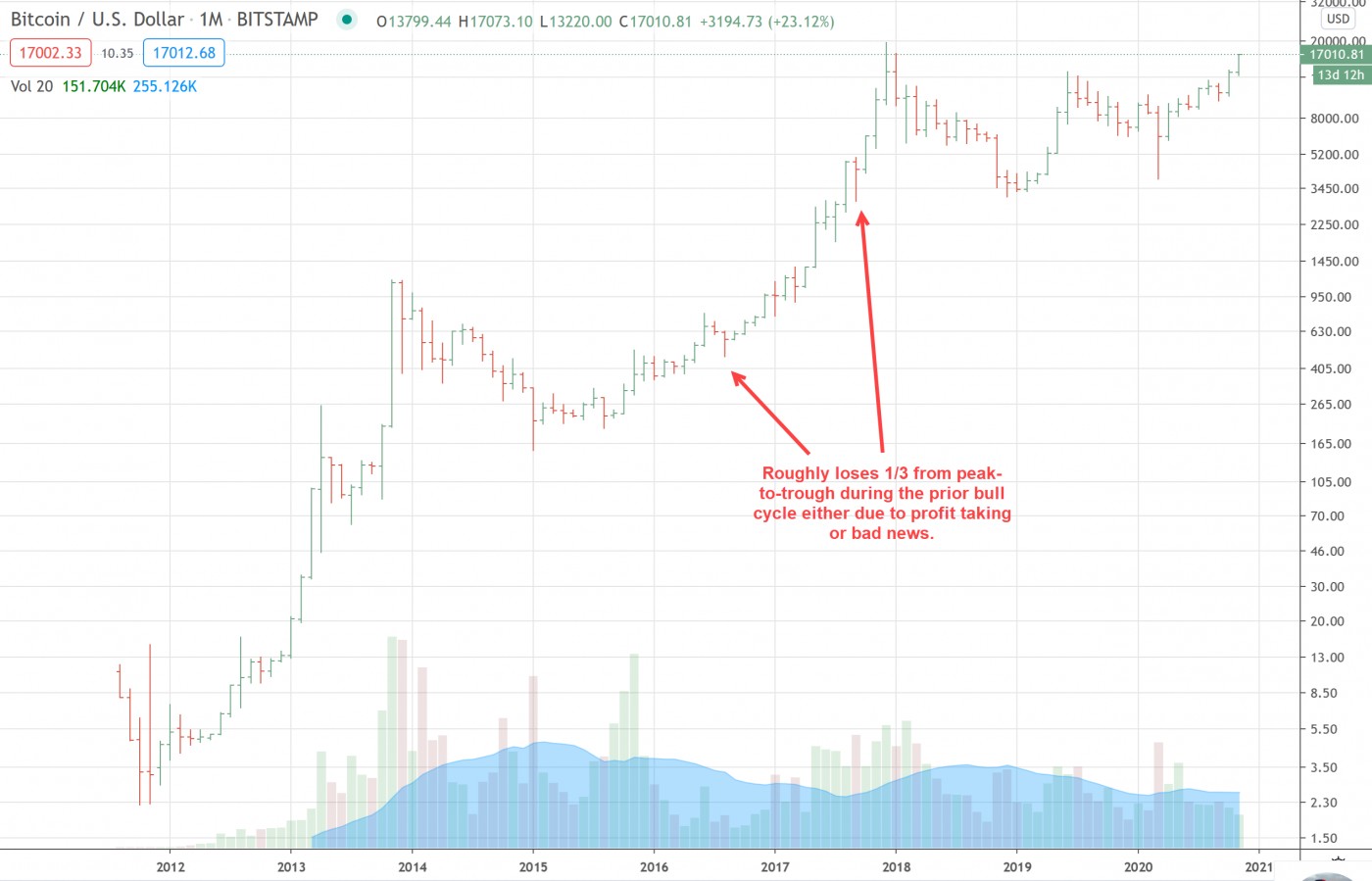 For those who may wish to own bitcoin outright instead of through the Grayscale ETNs GBTC and ETHE since they trade at varying premiums, you can now buy bitcoin and other coins with Paypal where they are safely held on Paypal. The counterparty risk is that PayPal goes bankrupt, but these are diminishingly small odds. It's far more likely that your bitcoin is lost to a centralized crypto exchange getting hacked or the exchange being compromised from a government freeze due to regulatory issues as has happened recently to centralized exchanges Bitmex, Huobi, and OKex. For those who wish to store their bitcoin in an online or cold storage wallet, you have to make sure you don't get fooled by the many clever phishing scams that can compromise both. You also have to keep track of your wallet's key phrase which some have been known to misplace. So for some, the Grayscale ETNs have been an easily solution, and now, Paypal provides an alternate solution to those who wish to have direct exposure to the price of bitcoin itself.

While bitcoin's price has risen more than anything in the history of speculation, it is just getting started as it is just starting into the steep part of its S-curve, a growth trajectory that technologies growing at exponential rates experience. Fueling this long term rise in value, Michael Saylor recently said that bitcoin is the first software network capable of storing all the monetary energy in the world with no loss of power over time and negligible transmission loss. Assuming broad adoption, that would make it the most valuable invention of the modern era. Few understand this. 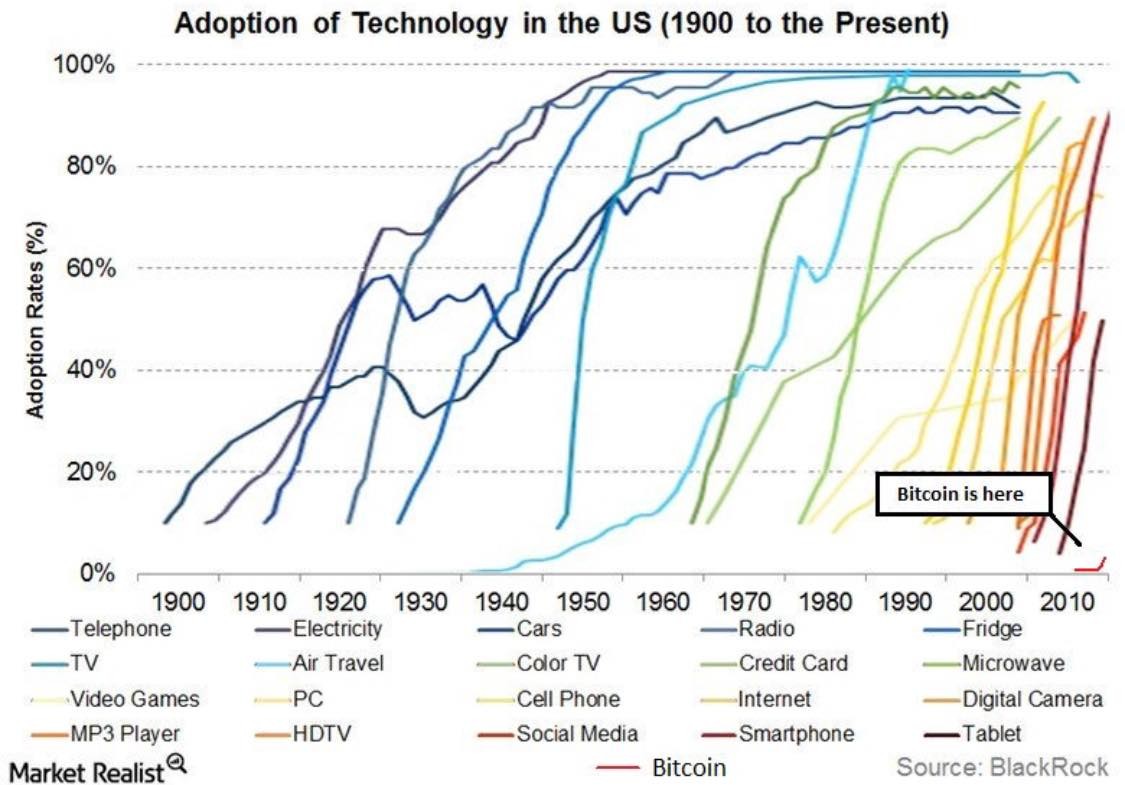 How To Trade Alt Coins

Bitcoin is the gateway into alt coins which explains why a rise in bitcoin's price has always launched a big bull in alt coins. The best alts tend to easily beat any price rise in bitcoin based on past price history. So a 10x rise in bitcoin has been met with a greater than 10x rise, and sometimes a 100x rise or more for the best performers. With bitcoin near old highs, once it definitively clears to blue sky, it should continue its bull run. The key is finding the top alt coins is quantamental. I seek those companies with the best fundamentals then use technicals to time my entries and exits. This way, I can be wrong more than half the time, and still well outperform bitcoin and ethereum, the two coins that are the ones to beat in any given bull cycle.

As a basic example, most top performing coins will have 10-fold or better gains. You could cut your losses at -50% on 3 alt coins, but the one that went 10-fold would still net you an overall profit of 500% [$1 to $11 = $10 gain; $1 to 0.50 x 3 = -$1.5 loss. Net P/L = $8.5 from $4, or +112.5%.] In practice, I tend to focus capital into the best performers while cutting back on losers, thus the returns far exceed 112.5% in any given bull run so far. My bogey is to 10x bitcoin. So if bitcoin runs 10x, I aim to profit 100x. My metrics have helped greatly in terms of taking profits, staying out of bear markets, and jumped into new bull markets earlier than the majority when most of the mainstream media is still saying blockchain and cryptocurrencies are over.

Bitcoin Up, Up, and Away

Bitcoin which tracks the movements of the Grayscale bitcoin ETN is fast approaching its old high of $19700. This old high can act like a magnet which may explain the recent strength in bitcoin. If we examine prior bitcoin mini-tops when it had approached prior old highs such as in early 2017, it came to within just a few points of its old high of 1171, reaching 1166 then falling to 735 in a few days chalking up a nice, typical -37% correction. Watching price volume action carefully can create logical exit points or even short entry points. 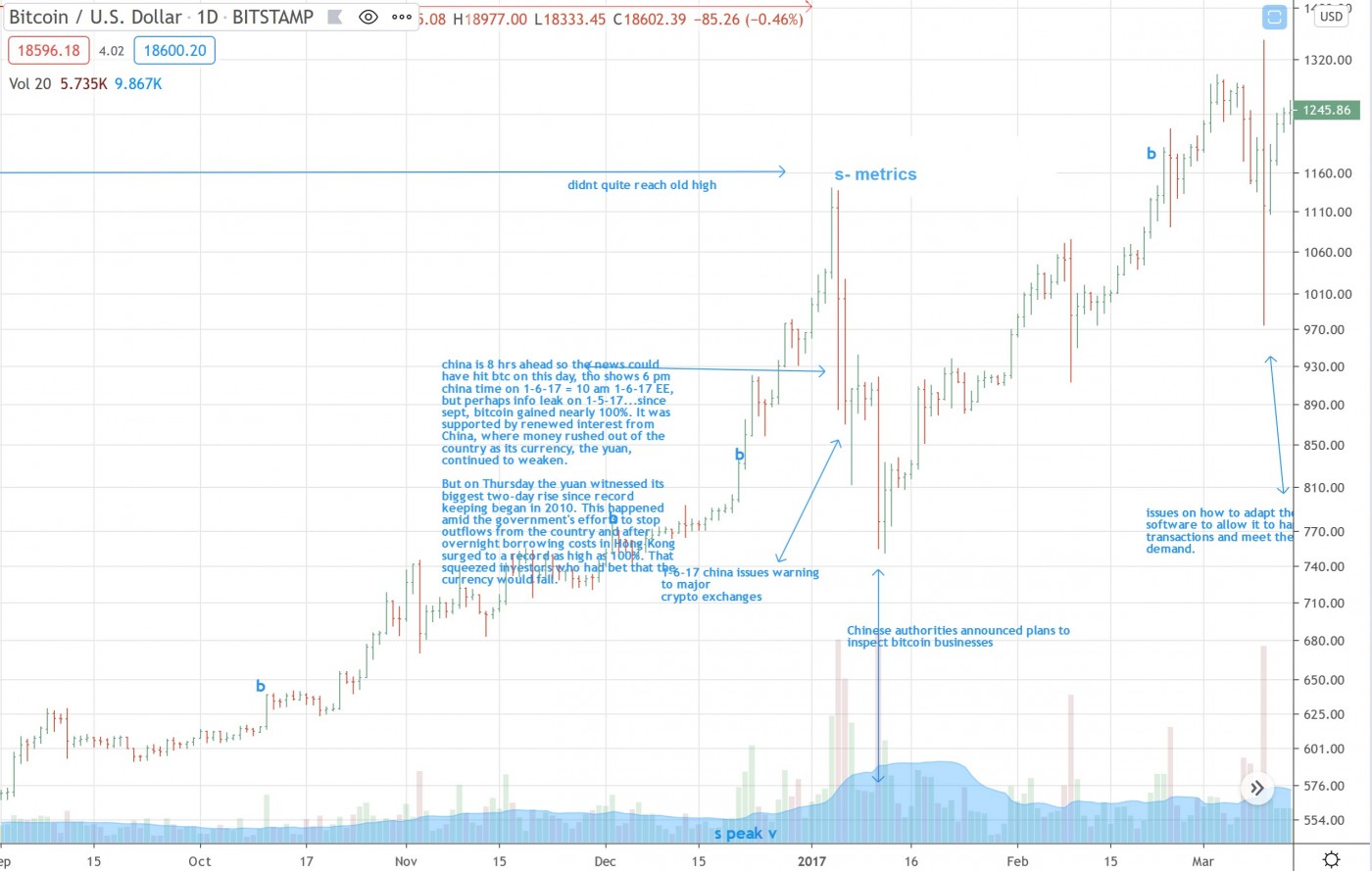 But timing a correction in a bull market is tricky at best as bitcoin often jackknifes higher straight off lows leaving those who sold, often near the lows, in the dust. And just because bitcoin reached old highs in early 2017 after which it staged a correction, does not mean it has to do it again as it can move well beyond its old high of $19700 before such occurs. As one example, in Nov-2013, it blew past old highs of 257 so those who sold were left behind as bitcoin reached 1171 in weeks.

Unless my metrics give a major sell signal marking the end of a long bull market, it is best to use such pullbacks as add points. In 2016-2017, as bitcoin continued to move higher, it had corrections typically around 30-40% off peak, all which were good entry or add points.
Like what you read?
Let us help you make sense of these markets by signing up for our free Market Lab Reports:
This information is provided by MoKa Investors, LLC DBA Virtue of Selfish Investing (VoSI) is issued solely for informational purposes and does not constitute an offer to sell or a solicitation of an offer to buy securities. Information contained herein is based on sources which we believe to be reliable but is not guaranteed by us as being accurate and does not purport to be a complete statement or summary of available data. VoSI reports are intended to alert VoSI members to technical developments in certain securities that may or may not be actionable, only, and are not intended as recommendations. Past performance is not a guarantee, nor is it necessarily indicative, of future results. Opinions expressed herein are statements of our judgment as of the publication date and are subject to change without notice. Entities including but not limited to VoSI, its members, officers, directors, employees, customers, agents, and affiliates may have a position, long or short, in the securities referred to herein, and/or other related securities, and may increase or decrease such position or take a contra position. Additional information is available upon written request. This publication is for clients of Virtue of Selfish Investing. Reproduction without written permission is strictly prohibited and will be prosecuted to the full extent of the law. ©2022 MoKa Investors, LLC DBA Virtue of Selfish Investing. All rights reserved.
FOR OUR FREE MARKET LAB REPORT :