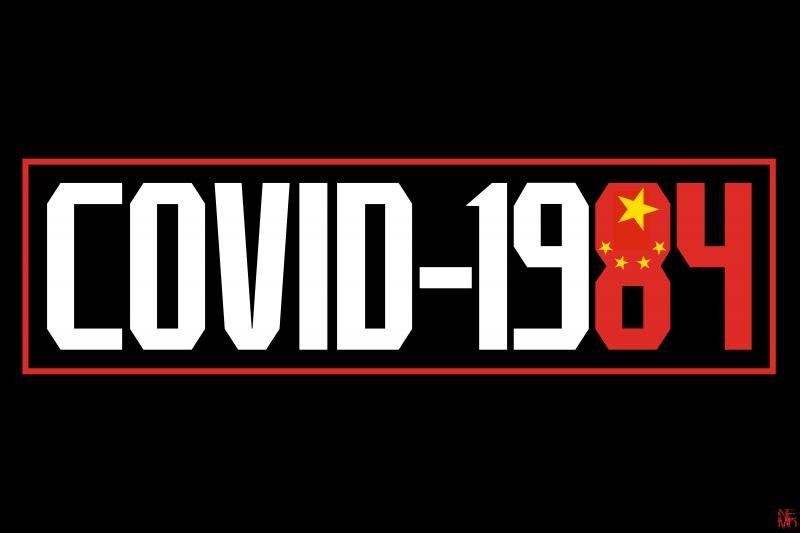 Major stock market averages came within spitting distance of new highs as there has been hope a stimulus package would arrive sooner than later. But Friday’s triple shot of a delayed stimulus package, the economic damage from the lockdowns, and fears of a second wave of COVID which could be worse than the first wave have pushed majors back. The Spanish Flu of 1917 had a second wave that was far worse than its first wave, though COVID brings significant differences, and so far, the number of fatalities continues to ebb overall. Nevertheless, a vaccine seems more and more distant.

Charles Hoskinson who co-founded ethereum makes great points about COVID. He observes how our economic rights have been suspended, our constitutional rights have been suspended, our freedom to travel has been suspended. In my view, governments have overstepped their bounds, using fear born from crises such as 9/11, drug overdoses regarding the Rave Act, and COVID to further cripple personal and economic rights. Meanwhile the richest people in the world are further enriched from Bezos to Gates as a consequence of massive sums of money that must be printed due to the lockdown. The money debases fiat currencies from the dollar to the pound to the euro pushing us closer to the brink of hyperinflation if history is any guide. The money finds its way into the tallest standing midgets which include stock and bond markets, real estate, gold, and bitcoin. And guess who holds the majority of those instruments? Certainly not the majority of students or millenials or Gen Z.

Control of Information and Money

When things get really bad, people want fast solutions to difficult problems. They tend to support socialist governments. Yet is these very socialist principles that often created the dire situation in the first place. Genocide has been one unfortunate and not all that uncommon result throughout history. Yes, on paper, socialism sounds great- equality for everyone. But forcing such principles has always led to the crippling of personal rights. The confusion comes when equal opportunity is confused with equal output, equal input, and equal income. Forcing the latter always leads to violence.

The fact is people are multivarious, bringing the broadest spectrum of talents and abilities. A proper system of government enables such talents and abilities to flourish. Such a government would not try to control the flow of information and capital as such would cripple the natural dynamism of organic growth. Authoritarian systems of government which are the basis of dictatorships seek to control both. While China is overtly authoritarian, they use pockets of capitalism to encourage growth. Cities such as Shenzhen are testament to this.

Nevertheless, it has been said China’s days are numbered if they continue to pursue authoritarianism. Of course, this can still mean a decade or longer which is still a blip in time in the historical timeline. That said, most other countries have a degree of what I refer to as covert authoritarianism. Shades of such control can be seen in the U.S., U.K., E.U., Australia, New Zealand, and South America. It is just a question of where countries fit on the authoritarian spectrum. Such controlling governments often lead to the suppression of economic growth and falling fiat though it can take years. China has yet to encounter this as it remains on a trajectory of upward growth, but this growth has been slowing over the past few years. As Michael Saylor recently tweeted, “For 953 million people in 20 countries with weakening currencies, #Bitcoin represents something greater than a treasury asset.” While I agree with this statement, it could also apply to virtually all countries as all central banks continue to print exceeding most all past printing parties if history is any guide. It’s a race to debase.

Bitcoin’s killer app is store of value. It has the advantage that it cannot be confiscated in dire times, unlike gold and real estate. If you somehow manage to hide your gold against any future law passed that forces you to turn it in, you still have to defend against it being physically taken away. Your knowledge and your bitcoin are the only things that cant be taken away. Both are unconfiscatable. Bitcoin brings such financial freedom to humanity that the worse things get, the more permanent it becomes.

The chairman of the Commodity Futures Trading Commission (CFTC) recently said in an interview, “Let me just basically say how impressed I am with ethereum, full stop, period. When I think of this as a regulator, I think of email vs. the internet. If bitcoin is like email, a one trick pony but obviously revolutionary, ethereum goes far beyond that. It is like the internet.”

Once conditions improve by way of a COVID vaccine or more likely, the appearance that the worst of COVID is behind us, and add to that the needed additional stimulus, two possibilities are likely:

1) The Fed will have room to reduce the flow of QE. But if they aren’t careful, they could induce a huge correction in the markets. Of course, each time they have attempted to slow, stop, or reverse QE since 2009, markets have reacted badly. Each time, the Fed has had to quickly step in and increase QE which put floors in the major averages. Since 2009, only COVID created a market correction beyond roughly -20%.

2) History shows deflation is the precursor to hyperinflation when there is too much money in the system. M1 has shot higher while M2 velocity remains stagnant thus inflation remains below the target rate. The U.S. printed more money in 2020 than in its entire history since it gained independence in 1776. The Fed is targeting an average of 2% inflation while rates are near 0% and are looking to go negative in the U.S. This suggests many more trillions of digital fiat will be created. Once consumers start to regain confidence and start spending, this could induce runaway inflation that the Fed is then powerless to stop. This happened in the 1920s in Germany- deflation then hyperinflation.

Major corporations and wealthy individuals have been using bitcoin to stem the bleed. To date, over $6 billion has been invested by corporations in the U.S. And they are just getting started.

Nevertheless, famed investor Jim Rogers said there was counterparty risk with bitcoin, but this only applies to keeping your coins on a centralized exchange which can be hacked. One should always keep their coins in their own wallet, guard their private keys, or better yet, keep them offline in cold storage. When users store bitcoin in their own wallets at the base network layer, there is no third party who can seize the user’s bitcoin or censor their transactions. This is why bitcoin is the safest option even beyond that of gold which can be physically seized. FDR in 1934 made all Americans turn in their gold. It became illegal to possess more than a tiny amount of gold. With bitcoin, all you need is to memorize the 9 word seed phrase to your wallet and you can transport your cryptocurrencies anywhere in the world, beyond any sort of border control.

Rogers has also said governments will kill bitcoin if it gets significantly larger. Indeed, governments such as China and Russia have had a love-hate relationship with blockchain. Both have tried to ban various aspects of blockchain technologies over the last several years. But they realize how powerful it is for their economies.

Blockchain is a game changer, bringing efficiencies and cost reductions by orders of magnitude in some cases. Governments have to balance the threat to their control of money blockchain brings with the countless materially efficient benefits. The first order benefits, not to mention the substantial second and third order benefits such as the reduction in energy used in financial transactions and fiat creation, suggest the world is going digital and decentralized. The dematerialization is exponential.

Bitcoin preserves energy in a world where all other systems are dissipating it. When compared to fiat, stocks, bonds, oil, and gold which represent 99.9% of the monetary energy in the world, bitcoin mining energy use is negligible. In reality, bitcoin is the first software network capable of transacting and storing all the monetary energy in the world with negligible transmission loss. Assuming broad adoption, that would make it the most valuable invention of the modern era. The killer app of killer apps. It can store and track all the money in the world for every individual, corporation, and government without losing any of it. If that’s not intrinsically valuable, what is?