Ladies and gentlemen, welcome to modern facism, the twin flames of government and corporate working together to monopolize control. Big tech that pulls in the majority of eyeballs are all in bed with government. At the same time, ESG (Environmental, Social, & Governance) punishes companies such as Chevron to take responsibility for say Amazon's trucks if those trucks are not conforming to ESG's standards. That's like telling McDonald's to take responsibility for anyone who eats a Big Mac. This is all spurred from ESG's wave of "woke morality".
The entire energy market in Europe is falling apart because of severe ESG caps on energy production. For every unit of gas production that's reduced, the slack is picked up by Russia and China. ESG should stand for Export Soviet Gas. Methane which is a form of carbon is 80 times worse for global climate change than carbon dioxide, yet we think we're helping the planet by shifting production to Russia and China.

Major companies such as BlackRock gain state favors in China by forcing companies to adopt ESG practices in the United States. This weakens the U.S. because the Chinese companies are not forced into the same ESG standards which are uneconomic.

Nothing Greener than Nuclear

The ESG movement opposes not just fossil fuels but also nuclear energy. Vanguard's ESG funds exclude nuclear companies. We have reached a point where the appearance of virtue becomes more important than being virtuous. The virtuous action that results in economic benefits is being quashed by leftist "woke" virtue signaling that carries highly uneconomic consequences that is largely responsible for soaring inflation.

The end result of the ESG Industrial Complex is not about climate change, but an attack on human productivity in the West relative to other parts of the world.

Russia has a long history of outlasting its opponents through cold, harsh winters. If the Russia-Ukraine conflict drags on through the winter, this could spark a revolution in the EU as many families will be unable to heat their homes. With electricity and gas prices spiking, it's going to be a long winter.

Thus, should Bitcoin drop to -84% to -87%, that would be a drop down to a price of about 11k to 9k, or in percentage terms, a drop of about -44% to -54% from current levels of $19,500. But Bitcoin may fall even further as it has lost as much as -94% twice in its price history, prior to the 2014 bear market. Today's macro environment is looking far worse than at any time Bitcoin has been trading. And where goes Bitcoin, so goes the rest of the cryptospace. Cryptospace valuations currently hover around $1 trillion, but should Bitcoin fall to 11k, expect valuations to drop to roughly $540 billion. 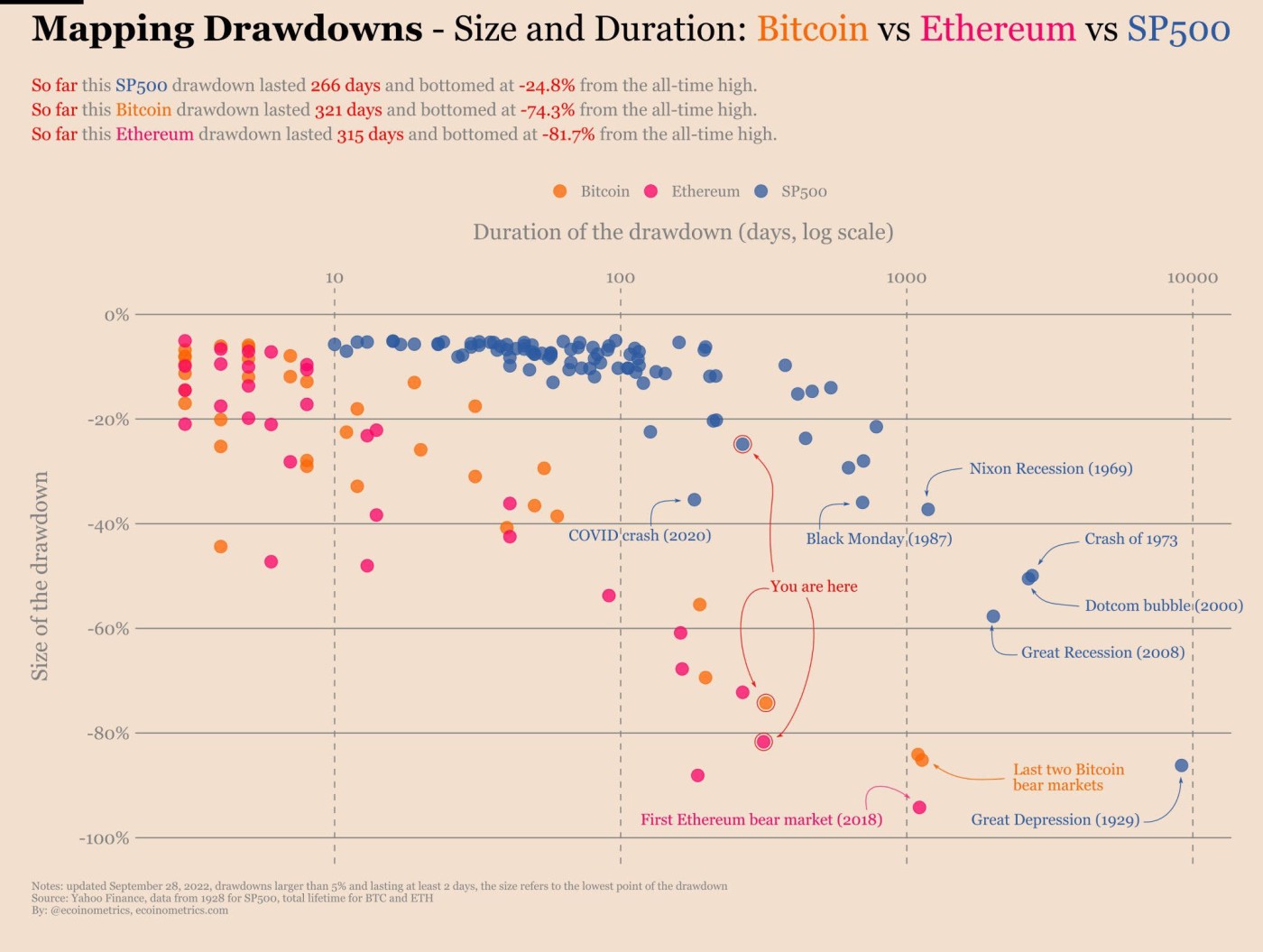 Global debt hit $303 trillion in 2021. If the FFR gets to 4% by the end of the year, this will equal $12 T in debt servicing costs coming out of taxpayers via governments which are dead broke as well as businesses. Of course, central banks will just print their way out of this mess. But because debt is so massive, inflation is soaring, and interest rates are still well under historical norms, they will only be able to print just enough which could spur one of the worst stagflationary environments on record. 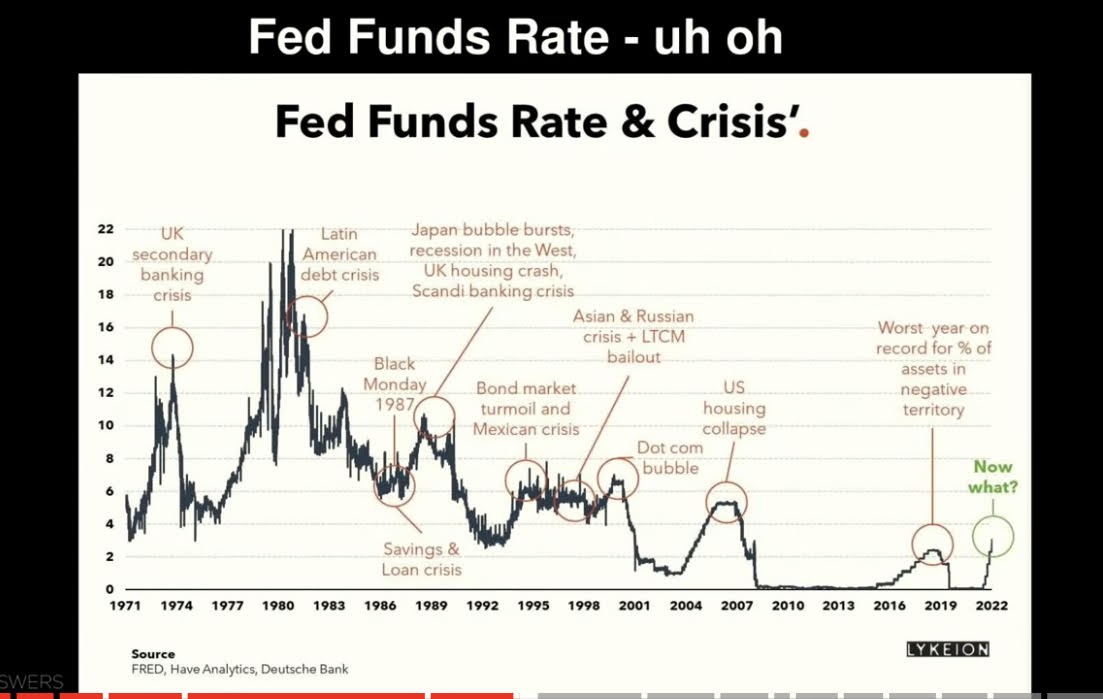 You'll notice from the chart that stock markets often did not find major lows for many months even after the FFR peaked such as represented by bear markets from Jan-1973 to Nov-74, Dec-1980 to Mar-1982, Mar-2000 to Oct-2002, and Oct-2007 to Mar-2009. In each case, a black swan event forced the fed to lower rates. Since the Bank of England was forced to buy bonds to reduce rates, especially for home mortgage holders, half of whom would have been unable to service their mortgage payments, expect a domino effect of sorts from other central banks such as the ECB and eventually the Fed who find themselves forced to buy bonds to reduce rates.