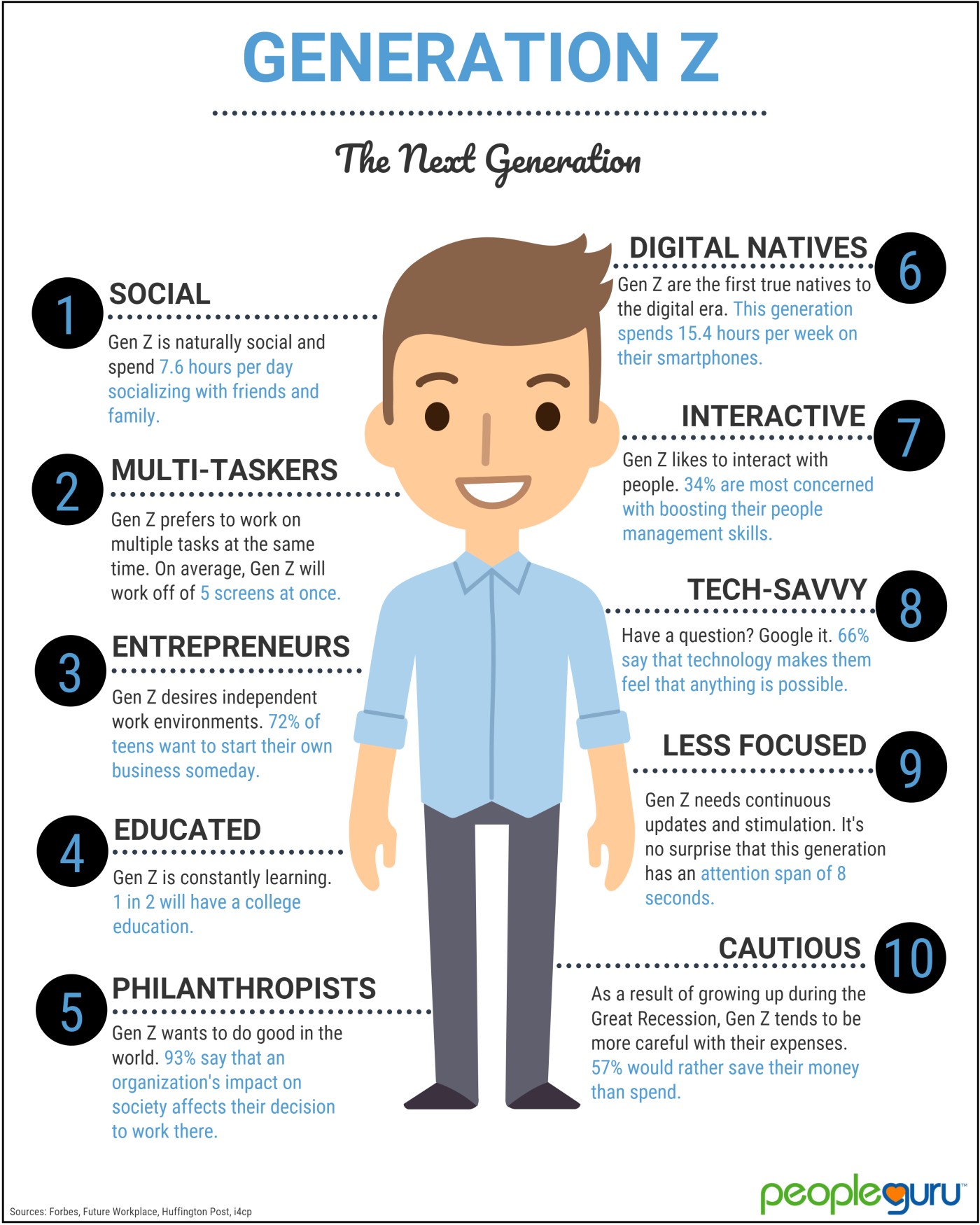 GenZ-ers spent 8+ hrs/day online.
95% of teens have a smartphone or access to one.
Over 1/3 of Gen Z transactions happen on a mobile device.
55% of GenZ-ers use their smartphones >5 hrs/day.
1/3 of GenZ-ers bought something after seeing it on social media.
Good company ratings and reviews influence almost 2/3 of GenZ-ers.

Rather than bemoaning the new generation's habits of spending too much time on their phones while discounting GenZ-ers as just "kids", the smartest companies are aligning with the above. I've been called the Pied Piper of GenZ-ers. They represent peak energy, creativity, and for the ones who are switched on, stand to benefit the most from the transformation of wealth taking place over the next decade as crypto/blockchain valuations continue to soar. These are the ones buying bitcoin, ethereum, and maybe a few altcoins. These are the ones helping to build blockchain technologies whether it takes the form of DAOs, DApps, centralized platforms, DeFi, and NFTs. A 12-year-old boy from London made about £290,000 during the school holidays, after creating a series of pixelated artworks called Weird Whales and selling non-fungible tokens (NFTs). Another boy who made millions put in a sizeable bid for the crypto platform Messari. What would you invest in if you believed that the younger generations have been and will continue to fuel the digital world, minimizing en masse their time in the physical world?

Indeed, it is not surprising that two of the top areas in crypto in which to invest include NFTs and gaming. Metaverse coins which include gaming such as SAND have great potential. Play-to-earn coins such as Axie Infinity (AXS) stand strong. Some of these names making massive gains were initially too thin. They ran from tiny market caps thus carried much risk. As there are over 10,000 cryptocurrencies, 99.9% of these fail but the ones that make it become ready for prime time thus investable. Watch this space as the technical patterns of the leading examples shape up.

QE must go on

Over on the status quo side of things, U.S. debt has shot from $8T to nearly $30T since 2017. Other U.S. debt that is unfunded includes Medicare at $55T and Social Security at $41T. Given this, central banks have no choice but to continue to print their way towards higher inflation. This is not the 1970s where high inflation persisted while growth stagnated. Global debt is far higher today which continues to accelerate. Interest rates levels are also far lower than in the 1970s. There is little to no fuel left in the tank. The remaining solution is for central banks to reach into their bag of tricks and execute various strategies including reverse repos. But rest assured, as history has shown, QE money will continue to be printed.

A thought on censorship: Twitter is centralized thus can censor as can YouTube and Facebook. Those that support this form of censorship because of those they disliked that were censored are unwittingly giving up their own rights of free expression. Once you enable powerful bodies to censor anyone, you also may end up silencing your own voice.
Decentralization of power structures is the antidote. This will happen in time via blockchain. The entities that will be impacted are some of the powerful tech juggernauts (except for the ones that disrupt themselves), governments, and institutions (IMF, World Bank, etc). Nation-state command-and-control will transform into a self-organized decentralized digital society: Viva la Evolution™. NFTs and DeFi will lead the way. Both cover a $400 trillion addressable market.

As for further discussion on leverage, with whales manipulating markets, flash crashes in crypto are more likely to occur than in stocks. Several billion dollars are typically liquidated across futures exchanges and leveraged spot positions when crypto markets swing quickly which can take place in a matter of minutes in the case of the recent flash crash, or a few days such as in May of this year. This happens over and over as those with large amounts of capital can control the markets in the short term, typically flushing out overly leveraged shorts or longs. They can then swoop in and buy at a lower price when longs get flushed out, and vice-versa.

If you're going to use leverage, make sure your liquidation point is sufficiently well below prior major areas of support. Keep in mind that as the price drops, your liquidation point rises. Know that in stocks, 2:1 leverage, ie, buying on margin, is a sharp double edged sword. Since stocks are not nearly as volatile as cryptocurrencies, 2:1 leverage wields are far sharper sword. The traders that typically get liquidated in crypto when buying futures or on margin are those using 30:1 or greater leverage. As concerns account risk, I personally have a rule that I never risk more than 10% of my account in leveraged trades. If I were to get liquidated, 90% of my account remains untouched from whatever level of leverage I use. As my principle grows should my leveraged coins go on a nice uptrend to where the 10% becomes say 33%-50% of the account, taking at least 50% of the profits off the table is wise. Then one can use those profits for future (or future futures) trades. ;)

Major averages in the U.S. are bouncing. With inflation on the rise, the yield on the 10-year Treasury continues to climb. The U.S. dollar also continues to rise in anticipation of tapering to come sooner than expected with even two rate hikes priced in for 2022. But key economic indicators have disappointed in recent months. Economic momentum is languishing. Further, the latest stimulus package continues to be debated. In late 2020, this caused the major averages to stage a correction as Trump's package was beset with delays. Ultimately, the Fed knows it must buy time to postpone tapering or the markets will have a taper tantrum as they have many times before. Since March 2020, major averages have not had a correction beyond the low-teen percentages. While major averages are due for a 20% correction, major multi-trillion dollar stimulus packages once passed into law will force the Fed's hand to continue to print, and Schumer just said they're getting closer to a deal. Vive la QE!
Like what you read?
Let us help you make sense of these markets by signing up for our free Market Lab Reports:
This information is provided by MoKa Investors, LLC DBA Virtue of Selfish Investing (VoSI) is issued solely for informational purposes and does not constitute an offer to sell or a solicitation of an offer to buy securities. Information contained herein is based on sources which we believe to be reliable but is not guaranteed by us as being accurate and does not purport to be a complete statement or summary of available data. VoSI reports are intended to alert VoSI members to technical developments in certain securities that may or may not be actionable, only, and are not intended as recommendations. Past performance is not a guarantee, nor is it necessarily indicative, of future results. Opinions expressed herein are statements of our judgment as of the publication date and are subject to change without notice. Entities including but not limited to VoSI, its members, officers, directors, employees, customers, agents, and affiliates may have a position, long or short, in the securities referred to herein, and/or other related securities, and may increase or decrease such position or take a contra position. Additional information is available upon written request. This publication is for clients of Virtue of Selfish Investing. Reproduction without written permission is strictly prohibited and will be prosecuted to the full extent of the law. ©2022 MoKa Investors, LLC DBA Virtue of Selfish Investing. All rights reserved.
FOR OUR FREE MARKET LAB REPORT :