Stock and crypto markets plummeted after the latest CPI numbers came in ahead of expectations forcing the Fed’s hand to hike interest rates at least a couple more times. Losses across personal, professional, and institutional funds have been massive so far this year. Talking heads with huge followings on CNBC, FOX News, and YouTube have been telling investors to buy since January. They all seem to miss the point of how tightening rates in such an extreme situation is poison to markets. Any listeners who followed their advice lost large sums of money. Nevertheless, with every dead cat bounce in bitcoin this year, they have tried and continue to try to justify why bitcoin and cryptocurrencies have found major lows.

Top global technocentric hedge fund Tiger Global lost about two-thirds of its value in the first four months of 2022, or $17 billion. Even two of the most highly regarded crypto hedge funds, a16z and Alameda Research are down massively so far this year. Typical positions in both portfolios are down between -50% to -75%. 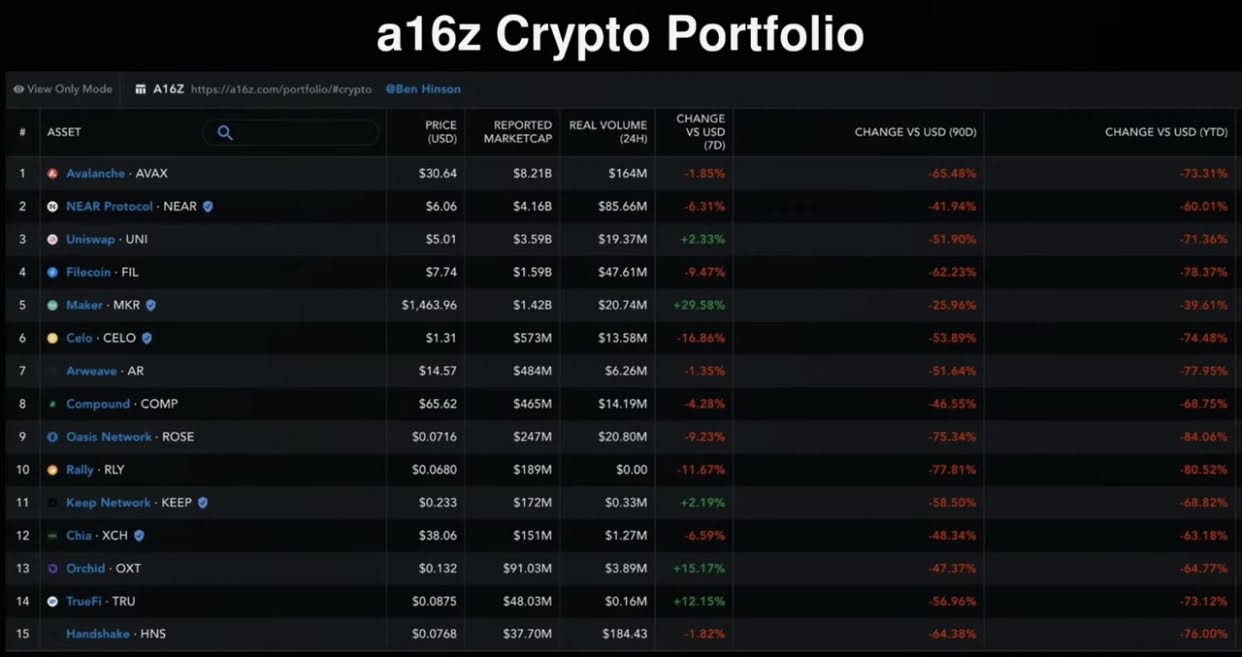 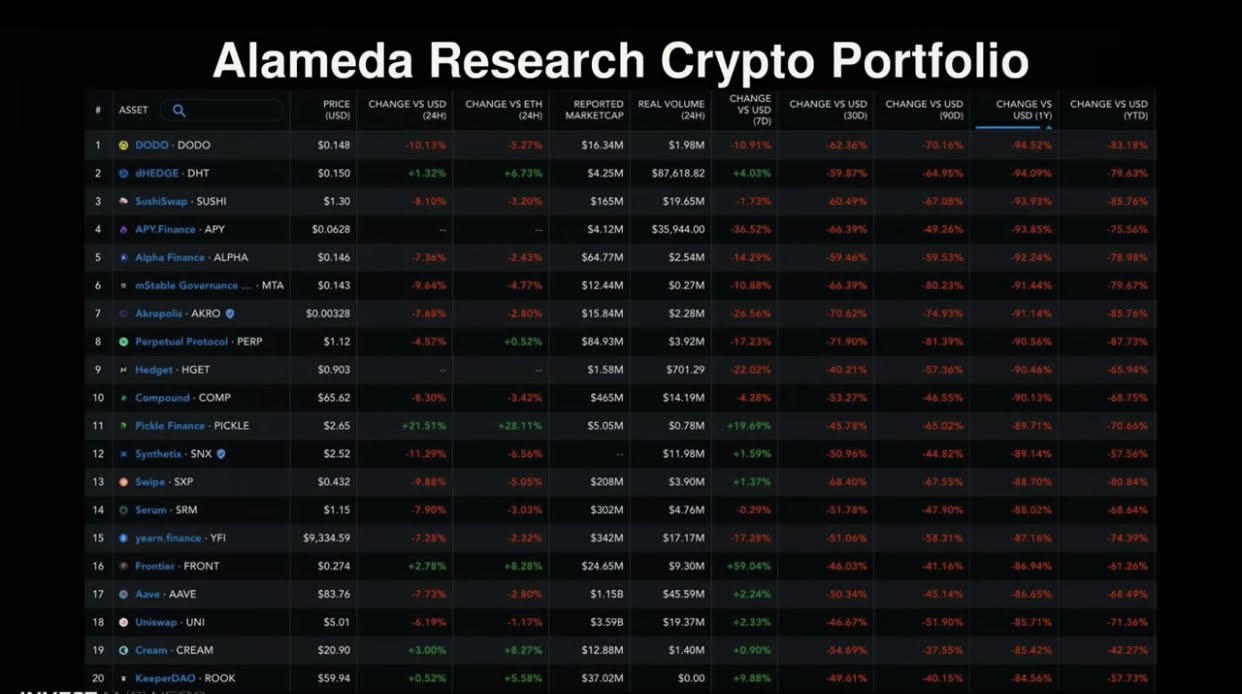 Today’s situation of record debt, record low interest rates, and soaring inflation create the mother of all storms as I’ve written a number of times. We have been advising on Virtue of Selfish Investing since Dec-2021 to trade lightly, move to cash, or go short. The Crypto Picks list took profits on most all cryptos at www.selfishinvesting.com in early January 2022 then the few remaining in early February. But these were cryptocurrencies that had been bought well before the crypto market topped in Nov-2021.
How can bitcoin possibly avert a global hot/nuclear war?
If #Bitcoin

is to transform and accelerate the renewable grid, it will need to use more energy to help reduce carbon emissions. Second order effects are often more powerful and counterintuitive at the same time; this is one of them. PoW (proof-of-work) is the only known way to digitise real world value (energy) WITHOUT trusting someone. PoS (proof-of-stake) distributes wealth according to the founder's wish. Enough of a stake and you get to control the network. PoS has its place for some applications, but never as hard money.
Understanding how it is even possible let alone probable or dare I say inevitable for bitcoin to prevent global nuclear war requires connecting many mental dots. It helps to know the total value of digital assets continues to grow exponentially relative to the value of physical assets. And with double digit inflation taken into account, the disparity between digital and physical is even greater. If history is any guide, when debt and interest rates reach such extreme levels, inflation soars then if it can be contained, has a long tail where it stays persistently high for at least a couple of years. As a consequence, real estate is expected to climb roughly 60% over the next decade but only have three-quarters of buying power in today's dollars while Bitcoin is expected to climb nearly 20-fold over the next decade but still have almost 10-times today’s buying power. These rough numbers are based on a spreadsheet created by YouTube’s Investanswers from the Wharton School of Business taking into account numerous variables including historical trends as relates to debt, inflation, and interest rates.

Given the value of bitcoin in the coming years, it then follows that the growth of the Metaverse is naturally exponential. The majority of the next generations will spend the majority of their time in the Metaverse as I did in the early 1980s as a gamer, hacker/phreaker, and code breaker. AR/VR voice-activated and touch holographic screen sensitive devices whether worn as glasses or even as implants will be the norm. Bandwidth will increase such that an endless number of environments can be created with any number of other people in other parts of the planet, yet look, feel, sound, and even smell as if everyone was together in one room, or on the edge of a cliff overlooking a beautiful valley, or in the forest by a waterfall. They already have a technology where a virtual football was thrown from a person in one country to a person in another, where the feel and weight of the football was realistic to both participants.

More major institutions are waking up to this fact thus are investing massive sums into the Metaverse whether it is in advertising, real estate, gaming, DeFi, NFTs, DAOs, DApps, art, music, or education among countless other sectors. Bitcoin as the PoW (proof-of-work) technology that prevents DoS (denial-of-service) attacks has the highest hash rate and is the most decentralized thus is the most secure and qualified to protect digital assets.

While some have suggested this strikes them as Utopian at best, I would remind the viewer that many have said similar over the last several years regarding the very idea of Bitcoin getting to $10,000 due to governments putting a stop to it, or blockchain having any impact on legacy banking, or NFTs having any real value. In the 1990s, similar game changing ideas that eventually became reality were also scoffed at by the masses regarding the potential of the internet which many at the time said was mostly about pornography and credit card fraud.

Today, we have governments who are in bed with big tech controlling our freedom of movement and freedom of expression but most importantly, freedom of transaction. If your fiat gets frozen, you cannot transact. If you cannot transact to pay for internet service or basic needs, this will quash your freedom of movement and expression. Severe limits on how much fiat one can carry or wire have become a global standard. Facebook, Twitter, and Youtube can remove accounts or posts it finds offensive based not on freedom of speech but on their own left wing, politically correct (in)sensibilities.

Web3 is the answer as its beating heart consists of blockchains and is growing at breakneck speeds. Web3 underscores all these freedoms thus decimates mass censorship, cancels cancel culture, and corrects the politically correct. Elon Musk has said, “At its heart, wokeness is divisive, exclusionary, and hateful. It basically gives mean people… a shield to be mean and cruel, armored in false virtue.”

Markets
The recent dead cat bounce lasted all of 3 days before stock market major averages did an about-face, erasing the bounce. Crypto did not fare much better as both stocks and crypto continue to correlate more than normal. When QE is reduced, risk-on assets are the most vulnerable. Markets are attempting to rally on the weak economic numbers of surging jobless claims and a plunging Philly Fed because such weakness suggests Fed Chair Powell will have to find a reason to print more money sooner than later.
Like what you read?
Let us help you make sense of these markets by signing up for our free Market Lab Reports:
This information is provided by MoKa Investors, LLC DBA Virtue of Selfish Investing (VoSI) is issued solely for informational purposes and does not constitute an offer to sell or a solicitation of an offer to buy securities. Information contained herein is based on sources which we believe to be reliable but is not guaranteed by us as being accurate and does not purport to be a complete statement or summary of available data. VoSI reports are intended to alert VoSI members to technical developments in certain securities that may or may not be actionable, only, and are not intended as recommendations. Past performance is not a guarantee, nor is it necessarily indicative, of future results. Opinions expressed herein are statements of our judgment as of the publication date and are subject to change without notice. Entities including but not limited to VoSI, its members, officers, directors, employees, customers, agents, and affiliates may have a position, long or short, in the securities referred to herein, and/or other related securities, and may increase or decrease such position or take a contra position. Additional information is available upon written request. This publication is for clients of Virtue of Selfish Investing. Reproduction without written permission is strictly prohibited and will be prosecuted to the full extent of the law. ©2023 MoKa Investors, LLC DBA Virtue of Selfish Investing. All rights reserved.
FOR OUR FREE MARKET LAB REPORT :