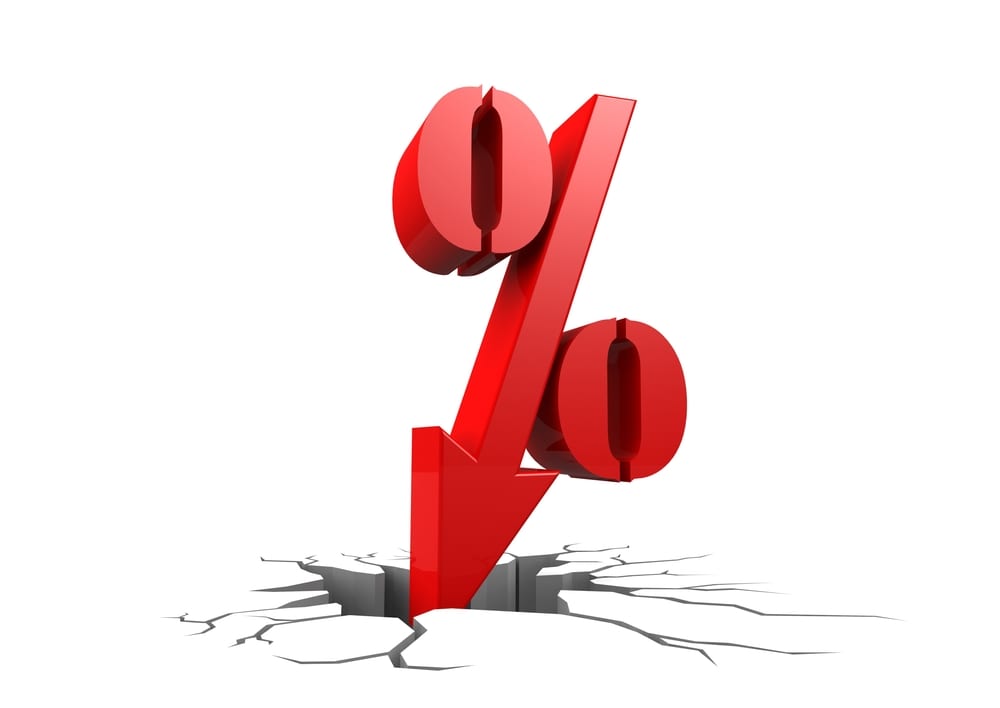 First, a progress report on how Virtue of Selfish Investing has been performing.


History Rhymes if it does not Repeat

The bond markets are massive. Globally, they comprise hundreds of trillions of dollars and dollar equivalents. This is profoundly bullish for bitcoin. Fed Chair Powell has said he is not opposed to taking rates negative in the U.S. With a growing part of the world sitting at negative rates of interest including the EU's leading country Germany with almost $3 trillion dollar equivalents in savings accounts sitting at near zero or negative yields, cash is no longer the safe haven people have become accustomed to over the many decades.

According to Ray Dalio of Bridgewater who runs the world's largest hedge fund, he writes that as a principle based on several hundred years of boom and bust cycles:

1) Before there is a shooting war there is usually an economic war.

3) During periods of great conflict there is a strong tendency to move to more autocratic leadership to bring order to the chaos.

4) Deflationary depressions are debt crises caused by there not being enough money in the hands of debtors to service their debts.  They inevitably lead to the printing of money, debt restructurings, and government spending programs that increase the supply of, and reduce the value of, money and credit.  The only question is how long it takes for government officials to make this move.

5) During periods of severe economic distress and large wealth gaps, there are typically revolutionarily large redistributions of wealth.  When done peacefully these are achieved through large tax increases on the rich and big increases in the supply of money that devalue debtors’ claims, and when done violently they are achieved by forced asset confiscations.

In the case of the Great Depression, it took from the October 1929 peak to Roosevelt’s March 1933 action at the depths of the bear market when the Dow Industrials had lost -90% from peak-to-trough to make the move. Rates were quickly brought down though nowhere near where they are today at 0%. But nevertheless, there was a direct correlation with an unusually low discount rate pushed below 2.5% and all the way down to 1.5% where it stayed. From that point until the end of 1936, the Dow skyrocketed over 200%. Then in 1937, the Federal Reserve tightened monetary policy and caused the recession of 1937-38 sending the Dow down -50.2%.

In other rare but extreme situations, unusually low rates have generally been bullish for U.S. stock markets. So today's rates of 0% for both the discount and federal funds rate suggest a continued but sloppy uptrend in the major market averages. The Fed seems willing to push rates into negative territory if that is what it takes to keep the uptrend alive.

Underscoring the intentions of the left, during periods of severe economic distress and large wealth gaps such as we are witnessing right now, expect a large redistribution of wealth if history going back hundreds of years is any guide.

When done peacefully, wealth redistribution is achieved through large tax increases on the rich and big increases in the supply of money that devalue debtors’ claims. FDR created big government spending programs such as the New Deal that were paid for by big tax increases on the rich. The top marginal income tax rate for individuals shot from 25% in 1930 to 75% by 1935 to  81% in 1941. The top corporate tax rate shot from 12% in 1930 to 31% in 1941.

If Trump wins reelection, the large tax increase will be put off as gridlock may ensue though QEInfinity will remain alive and well with interest rates most likely negative by that time.

When the redistribution of wealth is done violently, it is achieved by forced asset confiscations. The dollar was debased as the Fed aggressively eased starting in 1933. The government forced everyone to turn in their gold. The value of gold was then reset which was the equivalent of an overnight tax of 41% as the price of gold was artificially hiked from $20.67 to $35, thus devaluing the dollar by 41%.

Think your money is safe? Well, not only is it being debased slowly if its the dollar, pound, or euro, but bank closures have occurred as well as stock market closings during more extreme times. Near the end of World War II, both German and Japanese stock markets remained closed until 1948 when they reopened far lower. Investors in stocks were stuck without access to their capital which is another reason why bitcoin is a safe tool of diversification as no government can prevent its decentralized growth across cyberspace. Furthermore, its market cant be closed as decentralized methods of exchange are already in place. 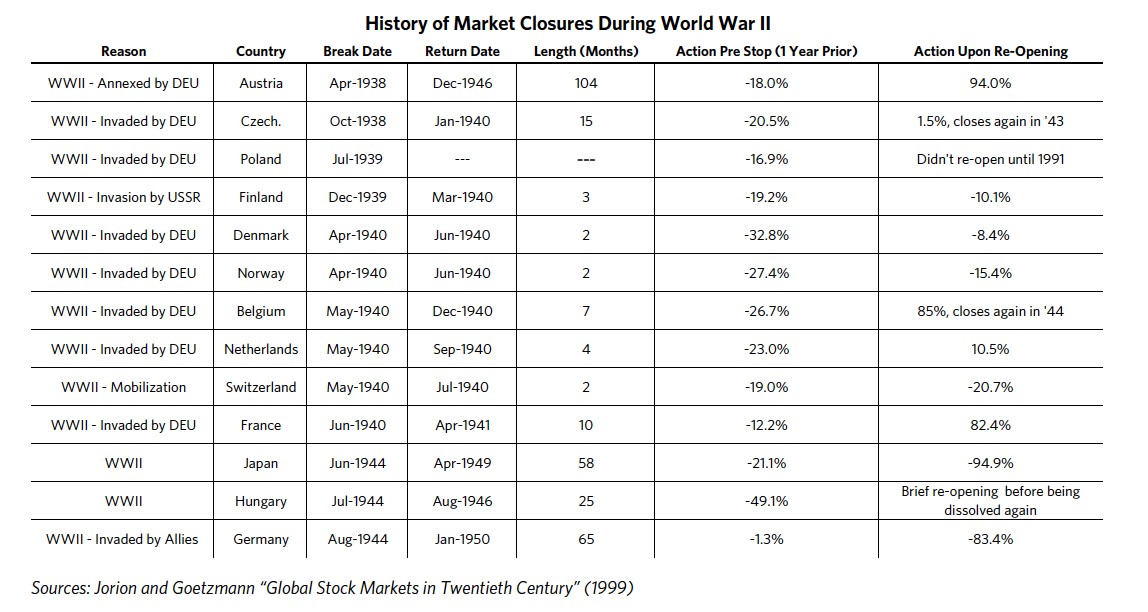 My long view remains optimistic due to the numerous bleeding edge technologies that are growing at exponential rates. AI, VR, longevity/health, blockchain, etc. Of these, blockchain holds promise at decentralizing power structures so future governments will be far less centralized, thus power more evenly distributed. Yes, this is a perhaps on a generational timescale so it's not going to happen anytime soon.

What is happening now is the ascent of top performing assets over the last ten years. It was asked:

Well, bitcoin in July 2010 was worth $0.0008. Today, it is worth roughly $9300. So $1 invested in bitcoin 10 years ago in would be worth about $11,500,000 today. But is it any surprise that since 2009 when bitcoin was created and QEndless was launched that bitcoin's value continues to move higher like a rising sun since its creation?

Over in stocks, AMD finally broke out of its base though it had been lagging as of late. I had mention AMD on July 13 after it had a pocket pivot on July 9 which was extended, but then pulled back into its 10- and 20-day lines where volume also dried up making it actionable. Over the longer term, since 2018, the price of INTC rose only 33% while AMD gained over 400%. AMD's Zen processors have been stealing market share away from Intel. Apple will move away from using Intel CPU's for it's Macs over the next 2 years. Intel seems to be caught on its back foot in it's ability to innovate and compete, while AMD is more successfully creating chips with greater utility.
Like what you read?
Let us help you make sense of these markets by signing up for our free Market Lab Reports:
This information is provided by MoKa Investors, LLC DBA Virtue of Selfish Investing (VoSI) is issued solely for informational purposes and does not constitute an offer to sell or a solicitation of an offer to buy securities. Information contained herein is based on sources which we believe to be reliable but is not guaranteed by us as being accurate and does not purport to be a complete statement or summary of available data. VoSI reports are intended to alert VoSI members to technical developments in certain securities that may or may not be actionable, only, and are not intended as recommendations. Past performance is not a guarantee, nor is it necessarily indicative, of future results. Opinions expressed herein are statements of our judgment as of the publication date and are subject to change without notice. Entities including but not limited to VoSI, its members, officers, directors, employees, customers, agents, and affiliates may have a position, long or short, in the securities referred to herein, and/or other related securities, and may increase or decrease such position or take a contra position. Additional information is available upon written request. This publication is for clients of Virtue of Selfish Investing. Reproduction without written permission is strictly prohibited and will be prosecuted to the full extent of the law. ©2023 MoKa Investors, LLC DBA Virtue of Selfish Investing. All rights reserved.
FOR OUR FREE MARKET LAB REPORT :