The Metaversal Evolution Will Not Be Centralized™
Outrageous Raging Inflation

CPI is one of the most distorted figures reported by governments. In the U.S., CPI came in at 8.3% but Americans are experiencing inflation at much higher rates than the already steep 8-something percent.

2% Inflation a Pipedream
The median CPI recorded a 9.2% annual rate in August, the single highest monthly print in their dataset which starts in 1983 (second highest was in June). 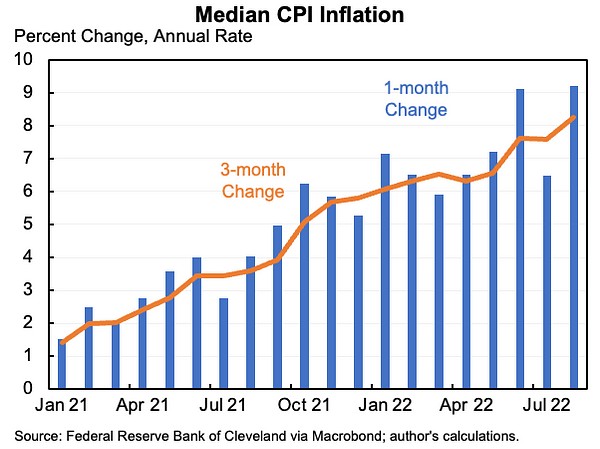 The Fed can return to 2% inflation if it crashes all markets by creating the mother of all recessions by continuing to hike rates. This could create a worse financial crisis than 2008. Big banks would have to be allowed to fail which could include customers losing out on their deposits.
Interest rate hikes take time to impact inflation. The Fed is always behind the curve. CME Fed Futures now show one 75 bps hike then a 50 bps hike in December, bringing the target FFR to 425-450. While higher rates curtail demand, the real issue is the supply side of the equation to which the Fed is ill-equipped to combat. Supply chain shocks due to COVID have largely contributed to inflation as have uneconomic global warming policies.
Everything is downstream from culture. Governments know this so use the mainstream media as a weapon to create FUD which, in turn, pushes politicians who want to be reelected to do what the misinformed, misguided, brainwashed public wants. The degree of disinformation on global warming, COVID, and nutrition, let alone drugs and sex is staggering.
How did we get here?

So how did we get to where key important economic indicators are grossly misleading, to where central banks control fiat, and to where nation-states control and collapse freedom of movement and freedom of value transfer? The formula has been practiced by every dictator and corrupt government over the millennia. Focus on obvious issues that are emotional triggers such as terrorism, child trafficking, nuclear energy, kidnapping, or money laundering. Anchor the law to the protection of innocent victims even though the percentage of actual victims is at least an order of magnitude below common threats that get underreported. Then because the lawmakers now have the public on their side, they can easily enact laws that further remove our personal and economic rights.
Common threats that are not mainstream media fodder are vast and numerous yet are underreported. Such threats include record levels of teenage depression and suicide from overparenting #jonathanhaidt, domestic violence, kids getting sick on new viruses from degraded mask-induced immune systems, and kids malsocialized from nearly 2 years of lockdowns among numerous other issues.
In the world of trading, as one of many examples, eighths went to tinies which were then decimalized. This created more slippage for retail investors due to fewer market makers. In the world of economics, the printing of money debases fiat while assets rise in value, thus the rich get richer and the poor get poorer.

The Witch Hunts
There is a pandemic of disinformation on drugs, sex, politics, COVID, voting, investing, taxes, religion, & education. If you go against the cultural narrative, you may be labelled a conspiracy theorist.
On #metoo, you cant apply modern standards to yesterday's actions. Standards change. Cultures change. This does not excuse any form of abuse but many innocents have been thrown under the bus. We should therefore have #sextoo #drugstoo #justicesystemsurvivor for the millions of victims imprisoned or ruined for victimless crimes.
You also cant apply modern standards cross-culturally. What is legal in one culture is a crime in another, ie, use of marjiuana in California vs. Hong Kong and China. Jackie Chan’s family has been disgraced because his son was smoking weed recreationally with a couple friends on a Friday night. Likewise, what is sexually celebrated or embraced in one culture may be demonized in another.
Don’t forget that witches were once burned at the stake, many careers were ruined during Senator Joseph McCarthy’s Red Scare in the 1950s and 1960s, millions were and in some countries continue to get sent to prison for smoking weed, and countless were and are sent to prison for victimless sex crimes.
We should thank the whistle Blowers dating all the way back to Galileo and Copernicus up to contemporary times such as Snowden, Assange, Swartz, and Guccione who asked the courts, "Why do kid’s cartoons depict violence #roadrunnershow yet sex which is the act from which we are made is demonized?" #religion
Indeed, contradictions run rampant. Legendary musician Frank Zappa said, “There is more stupidity around than hydrogen and it has a longer shelf life.” I would add that hypocrisy often follows. Freedom is the use case of crypto that solves censorship and control via decentralization. Crypto breaks apart big pharma, big oil, big business, big philanthropy, and big <fill in the blank>.

So even though my calls for Bitcoin heading to $10k and major averages falling by at least 50% still stand (peak-to-trough, SP500 is -25%, NASDAQ Composite is -34.8%), stocks and crypto may find major lows once the Fed halts rate hikes, but this is far from guaranteed. A halt to hikes probably comes by the end of the year once the FFR hits 400 bps or more. High inflation will be far from resolved, far from the Fed's target 2%, but near record levels of debt, personal insolvencies, crashing earnings, soaring unemployment, and broken supply chains will create the mother of all recessions unless the Fed finds a reason to halt rate hikes. The targeted 2% is a pipe dream. Instead, 4.5-5% is the "new norm" the Fed will set. Ray Dalio of Bridgewater had an informative view on this target range.

Even once they start to print money once again, this is no guarantee stock nor crypto markets will find major lows. In each of these bear markets, the discount rate was quickly reduced but the major averages continued to plumb new lows. 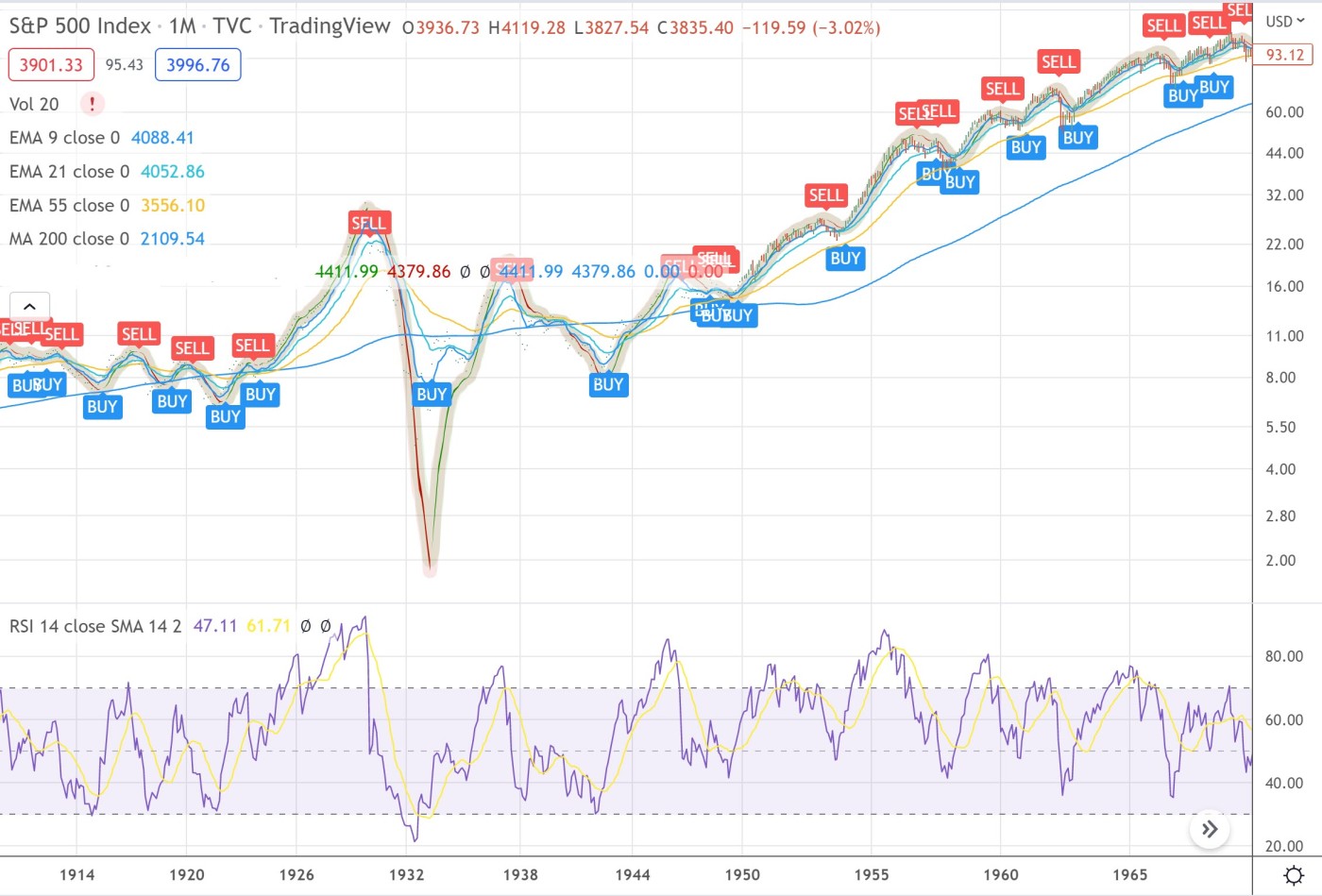 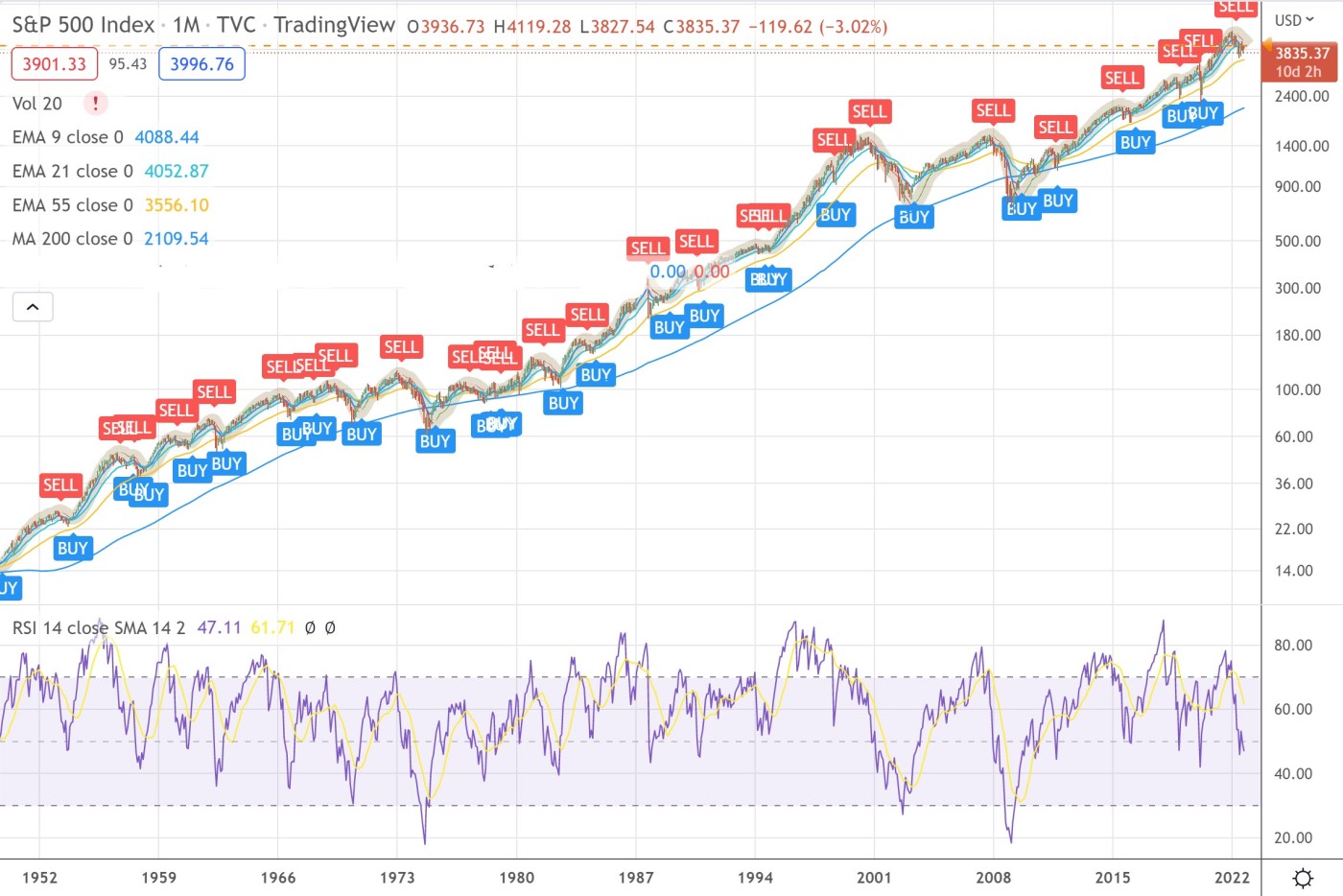 If they print massive sums as they did post-2008 after the great financial collapse or post Mar-2020 due to COVID, then roaring bull markets are possible. But printing such large sums seems less likely given the twin flame conflagrations of high inflation and near record debt. Interest rates are also still well below historical norms. In other words, the Fed does not have inflation, debt, nor interest rates on its side to launch QE5. Such would likely end up pushing rates negative since interest rates are still relatively close to 0%. They may instead take a slower approach to at least prevent markets from rupturing further. The future is likely to bring stagflation where growth becomes a distant memory while high inflation persists but does not hyperinflate.