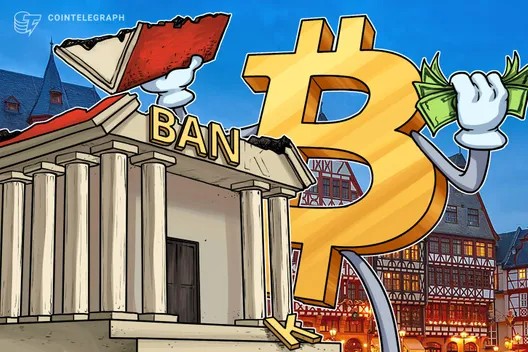 It's about two weeks before election day. The stimulus package remains deadlocked. The Republicans dont want to agree because if Trump loses, they can then say they remained fiscally responsible to not compromising to an unfair deal. The Democrats dont want to agree because if there is no agreement prior to the election, the odds of Trump winning are diminished. It is in their interest to see Trump lose the election. In consequence, markets continue to express choppy behavior as they don't like uncertainty.

One thing is for sure. A stimulus package of some trillion dollar magnitude will be passed. This will help correlated assets such as stocks, gold, bitcoin, and hard assets resume their uptrends. Other major central banks such as the ECB are at record highs in terms of their balance sheets. The ECB's stands at 6.7 trillion EUR due mainly to QE.

Corruption has been rife among banks. In regards to the 1MDB scandal, Goldman Sachs is paying $2 billion to avoid criminal prosecution. A well known spokesperson has asked, "Why is it we put millions of people smoking plants behind bars yet these idiots get to walk around free while getting rich?"

As for the St. Louis Fred website which tracks various metrics including money supply, no, the graphic on its website is not an error. M1 and M2 velocity have been plummeting at record speeds based on data going back to 1958. In other words, money being created is not being spent except on essentials. COVID has been a major cause of this. Once the situation normalizes, people will start to spend. In 1920s Germany, deflation preceded hyperinflation. More than 80 central banks around the planet have created more digital fiat this year alone than all the prior years combined. This unprecedented situation could induce a spike in inflation if history is any guide. That said, the situation may be mitigated somewhat by the exponential growth in the number of cutting edge technologies which are growing at exponential speeds thus are material creators of value. The utility in blockchain and AI-based software alone is groundbreaking.

Over the last few decades, there has been a democratization of sorts. The internet decentralized thus democratized the control of information to some extent. Congress was alarmed by this possibility of democratized information so held meetings in 1995 on how to control the internet, ie, how to control the flow of information. While they failed to some extent, mainstream media is their weapon of choice which has proven effective in the attempt to control the minds of many. Still, some decentralized platforms remain out of the control of governments. As one example, they failed at controlling p2p bit torrent file sharing. The U.S. government spent billions of taxpayer dollars trying to quash the many Pirate's Bay site lookalikes as they emerged like mushrooms across the landscape, but the number of people using such platforms only continued to grow from a tiny number into well over 100 million users. For every Pirates Bay that was shut down by the courts, ten new ones were launched by independent parties. But the emergence of Netflix and iTunes capped this growth due to their fair business models since for a small monthly fee, one could access a massive library of high quality music and movies.

The Genie is Free

So while the U.S. government made an example of a few individuals such as kim dot com, they simply dont have the manpower or resources to put the genie back in the bottle once it is out. This has been true of the internet, of p2p platforms, and will be true of blockchain and decentralized finance, or DeFi. Centralized platforms will co-exist with decentralized tech. As institutions and major corporations such as Microstrategy and Square buy bitcoin and adopt blockchain into their ecosystems, the less likely the U.S. government will try to hamper the technology by way of onerous regulations. Already a total of $10 billion in corporate funds has been invested in bitcoin, and this is just the ice cube on the iceberg. Some members of the SEC have even publicly stated that this technology must be allowed to flourish, so it is likely they will be mindful how they handle regulating the space. The CEO of Microstrategy gave an illuminating interview on his decision to invest nearly half a billion dollars in bitcoin.

And then after Thursday's PayPal news, every major bank is having a meeting about how to support bitcoin. The smart ones realize it is no longer optional and realize they should support bitcoin. Institutional portfolio managers can now invest in companies that work with or hold bitcoin. Just as Microstrategy opened the floodgates into corporate treasuries as the total now just passed $10 billion when it was just $425 million last month, Paypal has opened the floodgates into traditional finance.

Meanwhile, younger generations often are the demographic that represent the majority of those working away developing the technology which encompasses all things bleeding edge. This was true at the 1900 world's fair and is just as true now. The younger embraced new technologies in 1900 while the older feared it.  A generational difference often exists when it comes to understanding thus being comfortable with technologies that start out as bleeding edge then eventually become mainstream with mass adoption.

This fear is born in part from the relative discomfort of not being born into it. Kids that grew up with a PC and email are more likely to use it than their grandparents. Likewise, those that grow up with mobile phones can easily utilize numerous apps while older generations are less comfortable or fluid with such platforms. Of course, I'm not saying this applies to everyone but the generalization holds true. I would add that The Virtue of Selfish Investing's viewing and reading audience regardless of age tends to be, on balalnce, more forward thinking, so age be damned. Just as with racism, ageism is just as wrong. Better to avoid letting superficialities get in the way of assessing a person's character and abilities.
Like what you read?
Let us help you make sense of these markets by signing up for our free Market Lab Reports:
This information is provided by MoKa Investors, LLC DBA Virtue of Selfish Investing (VoSI) is issued solely for informational purposes and does not constitute an offer to sell or a solicitation of an offer to buy securities. Information contained herein is based on sources which we believe to be reliable but is not guaranteed by us as being accurate and does not purport to be a complete statement or summary of available data. VoSI reports are intended to alert VoSI members to technical developments in certain securities that may or may not be actionable, only, and are not intended as recommendations. Past performance is not a guarantee, nor is it necessarily indicative, of future results. Opinions expressed herein are statements of our judgment as of the publication date and are subject to change without notice. Entities including but not limited to VoSI, its members, officers, directors, employees, customers, agents, and affiliates may have a position, long or short, in the securities referred to herein, and/or other related securities, and may increase or decrease such position or take a contra position. Additional information is available upon written request. This publication is for clients of Virtue of Selfish Investing. Reproduction without written permission is strictly prohibited and will be prosecuted to the full extent of the law. ©2023 MoKa Investors, LLC DBA Virtue of Selfish Investing. All rights reserved.
FOR OUR FREE MARKET LAB REPORT :