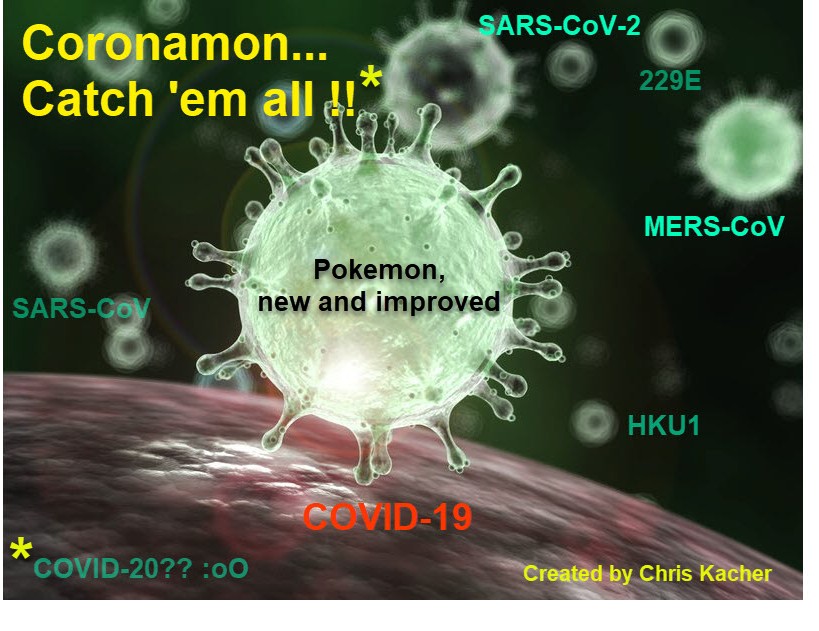 =PANIC SELLING: In 2008, gold lost 1/3 of its value. All other industry groups lost more than 1/3 of their value. Numerous industries across the board were selling at fire sale prices by the end of 2008. As one example, rental car companies (Avis Budget et al) went to pennies a share by the end of 2008. 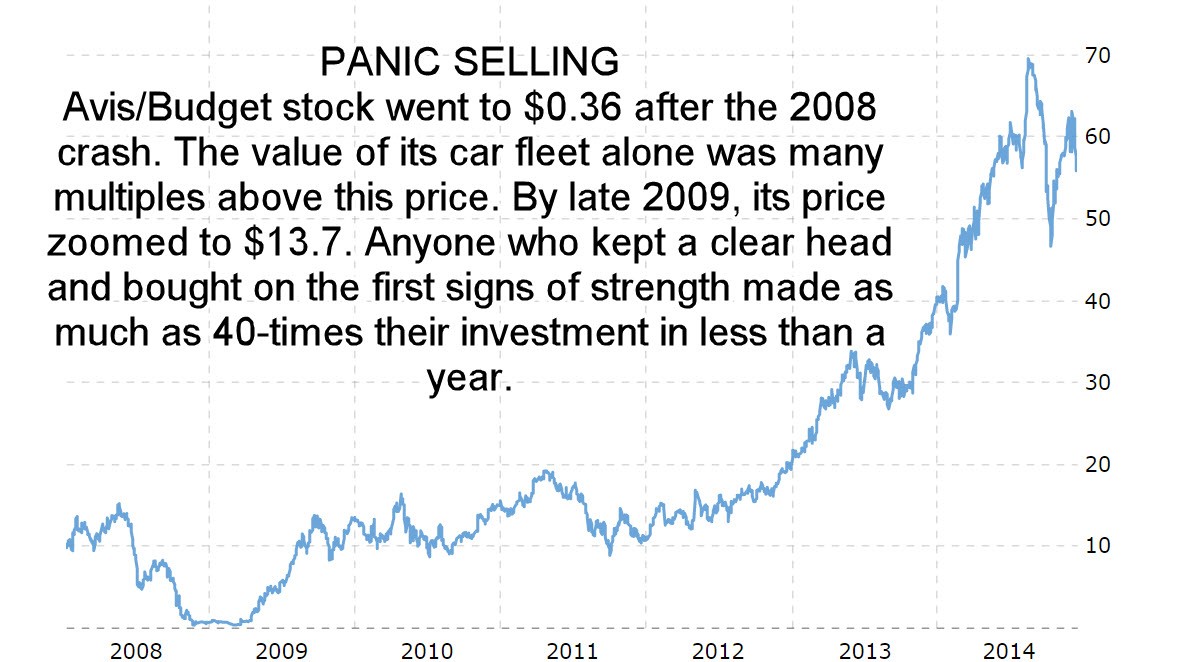 The same was true of other industries with often nearly extreme levels of panic selling. Those who bought made a killing. This is also true about bitcoin the numerous times it has crashed as much as -94% (twice!), true in 2002 in the height of the bear market when the NASDAQ Composite had lost -78% of its value, true in early 2009 at the height of the financial collapse, and true today.

Gold was the first to recover its losses by early 2009 as reality returned to the markets: 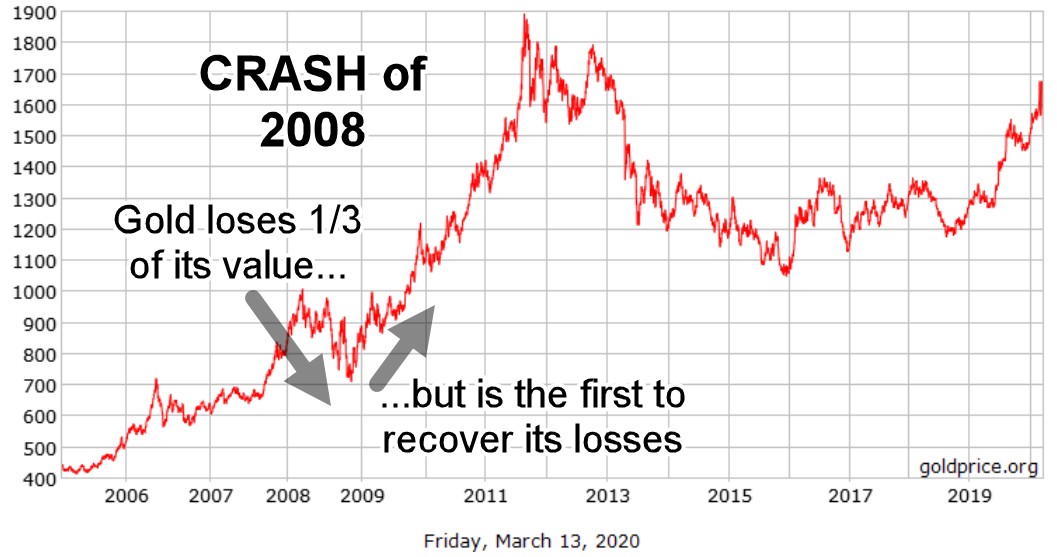 Other industry groups followed. 2009 was one of the strongest years in market history with the NASDAQ Composite up +43.89%.

With the corona coronary pandemic at hand, the pandemonium of panic selling occurred last week. Even gold was hit losing 10% of its value though was not hit as hard as other industry groups. So far, major industries that have been devastated in the first wave of panic selling include numerous groups such as airlines, hotels, and various forms of transport as well as gold miners and gold junior miners. Historically, both mining groups highly correlate with the price of gold. The pandemic has brought a decoupling.

There is likely to be a second wave of panic selling as a result of coronavirus cases in the U.S. and U.K. just starting to climb their exponential rise. All countries go through an exponential rise in cases and deaths before leveling off. The graphic below was created by the highly respected journal The Lancet. The red line represents countries that did not immediately act such as the U.S. and U.K. These countries are at the 2-month mark so shows the number of cases may climb by orders of magnitude. The blue line represents the pandemic resuming in China late in 2020 when they start to lift restrictions though with a less sharp peak (blue line). That said, the green line which shows a gentler rise and lower peak is still possible for the U.S. and U.K. given how fast they are now acting in terms of quarantines and a halt to most forms of activity including closure of schools, strong advisement of employees to work from home, closure of restaurants, and so on. 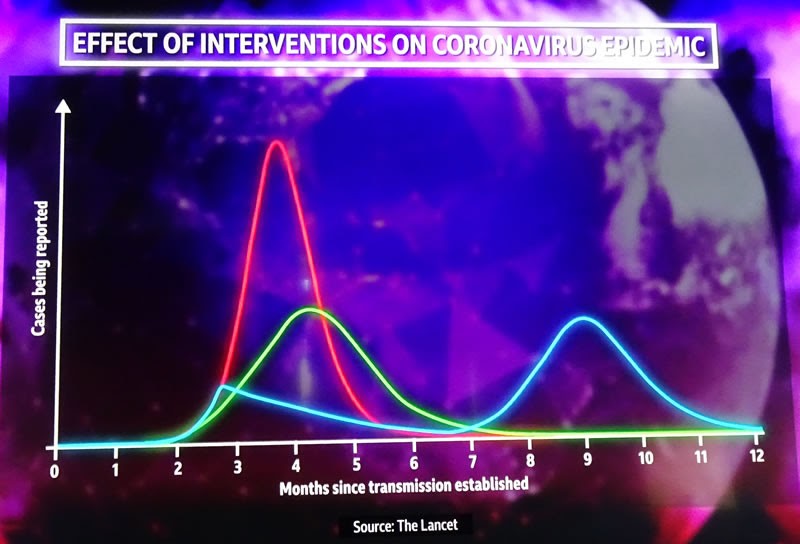 The graph below shows a US trend forecast for 13,000 infected by the end of March resulting in about 180 deaths. The latest infections data has the number of infected literally going parabolic, soaring by 355 to 1,329 to well above the trend forecast. 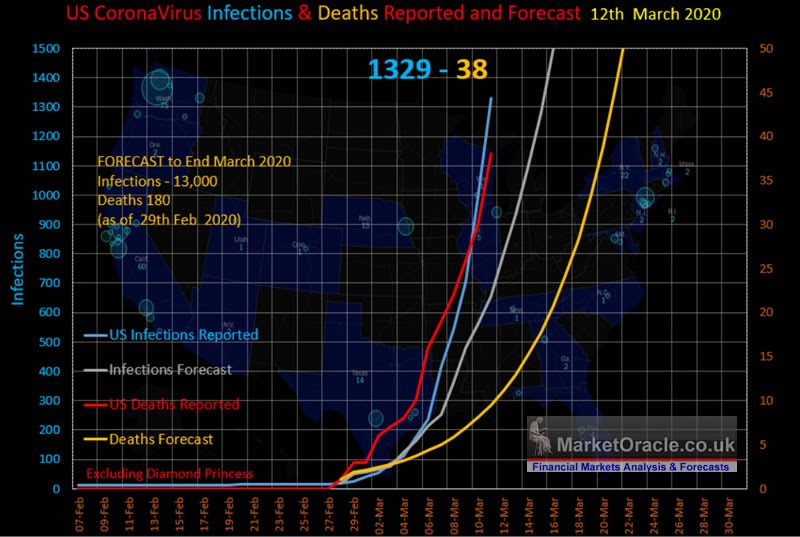 After the first wave of panic selling, airlines and the transport industry in general are selling at huge bargains. The same goes for gold miners and junior miners. A second wave of panic selling from the exponential growth of cases in the U.S. and U.K. as well as record drops in various economic reports is likely to create additional fire sale bargains while making the industry groups that have been pummeled even greater buys.

Monday's New York Empire State Index saw a record decline to -21.5 in March. On Tuesday, German's ZEW research institute’s monthly survey showed economic sentiment among investors collapsed to -49.5 from 8.7 in February. This was the biggest drop since the survey began in 1991. Economists had expected a drop to -26.4.

These are probably two of many such reports that will come out of the U.S., U.K., E.U., China et al going forward. The market will have to price all this in against it having already priced in big rate cut moves made by central banks. Nevertheless, the record levels of super easy money will find a home in at least stocks and gold so expect major averages to find a floor sooner than later. Any recession may be deep and sharp but short-lived much as we saw in 2008 when stocks found their major lows near the top of March 2009, just months after the financial collapse when panic selling started near the top of October 2008.

We will continue to monitor in real-time the situation for the most oversold groups in the coming days, weeks, and potentially months, though it is more likely markets will have put in major bottoms by then.

You might find our 620 tool useful (find examples in our FAQ by keying in "620") which can form part of one’s trading strategy and has been hugely useful in these volatile times to fine-tune your entries and exits. If you're early entering an ETF or stock in an industry group that has been decimated, you can better control risk. As Ed Seykota once said, 1995 was the best year of his career after Jack Schwager of Market Wizards verified he had the highest returns of anyone in the U.S. due to the number of triple digit percentage years he had under his belt. He bought coffee futures 5 times on failed breakouts before entering a sixth time and made massive returns. He told me in person that this is what separates him from the rest as he was willing to buy a sixth time knowing the overwhelming risk/reward remained intact.