As members know, we have approached the market with caution. Our Focus List remained small, honing in on the very few stocks that exemplified winning characteristics. Nevertheless, as the market started to break down, these names hit their sell points by way of violating major moving averages. Thus even in recent weeks as the major averages continued to hit new highs, we refrained from adding more names to the Focus List.

We are finally seeing a potential unwinding of overpriced stocks as treasury yields spiked following a batch of upbeat economic data that bolstered the case for the Federal Reserve to raise rates in December and beyond. Higher interest rates mean high P/Es won't be sustainable. As a consequence, the overly crowded and overvalued tech stocks have been hit the hardest.

So while Trump has tweeted that the Fed has gone crazy, the real issue is the $16+ trillion in QE that has been printed since the financial collapse of 2008 which has kept global rates near zero, and negative in some cases.

If we define inflation not using the heavily manipulated CPI, but instead use QE, ie, the amount of money governments print, then most government T-bills around the world offer negative real interest rates. 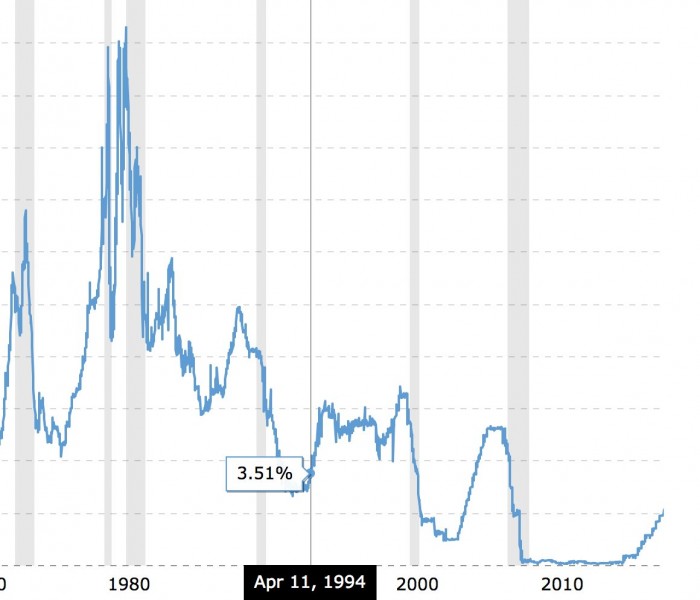 A resilient economy helped by Trump's pro-business policies may help them do this, though the global economy remains tentative at best. Other countries don't have such economically friendly policies in place. And should stocks stage a serious correction, that event may take any further hikes off the table, as the Fed may need to look to not just put off rate hikes but may actually have to lower rates even though there is little interest rate fuel in their tank. Interestingly, Janet Yellen once said she was not opposed to negative interest rates, even though negative rates have shown to corrupt financial systems.

At any rate, as we know, central banks have printed massive amounts of money since the financial crisis of 2008 in the form of purchased debt. This has pushed yields down to historically low levels (as seen in the chart below): 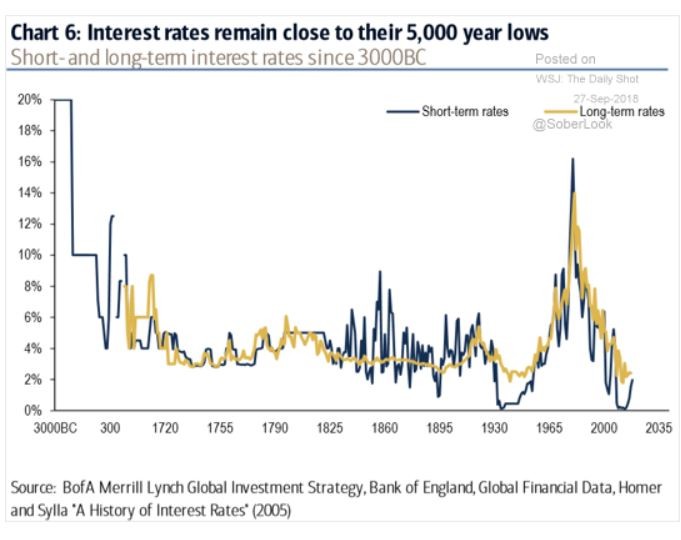 But now, with rates on the rise with yields spiking to new multi-year highs, this is causing investors to allocate more capital to other asset classes. Prior to the spike in yields, real estate and equities attracted the most capital. Now, as bonds become more attractive, additional liquidity is liable to transfer from stocks into bonds, so the recent selloff in stocks is no surprise and may continue in the ensuing months. Further, overvalued stocks as exemplified by the high P/E of the S&P 500 and many tech stocks in the NASDAQ Composite and 100 create a risk off environment which has yanked these averages as well as the riskier Russell 2000 down hard.

Will we finally get a correction that well exceeds -20% in the major averages? At present, at the worst levels, the S&P 500 was off about -7% and the NASDAQ Composite -10%. It has not paid to guess the depth of corrections in this QE-motivated market, and QE is still flowing strongly which may cause the major averages to put in a premature and shallow floor once again. But this time, the bond markets are looking more and more attractive especially should the Fed continue on their path of further rate hikes.

Here's an interesting perspective: A massive amount of the world’s wealth has been stored in debt, equities, and real estate specifically as a way to avoid further deterioration of major fiat currencies due to  onerous record levels of debt as I have said in interviews since 2010. Global real estate is worth about $225T, global debt $215T, and global equities $73T. Some real estate and stocks in major indexes such as in the S&P 500 are used as wealth storage units. We have spoken of megacap stocks such as the FAANG stocks as alt-currencies. Indeed, the high P/Es of the S&P 500 and NASDAQ-100 are testament to this.

At any rate, remain on the lookout for sharp bounces as volatility levels remain highly elevated. If one looks back to earlier this  year during the first quarter, markets can swing wildly during such periods. In conjunction with sharp bounces can come excellent undercut & rally set ups such as MOMO and IQ did in last week's blood bath. JD did too if you go back almost two years undercutting 23.375.