We hear Trump crowing about his economic accomplishments while he has been in office, so I thought I'd go through the actual record of Trump's impact on the economy.

The positives above are certainly of note and begs the question whether such is too little too late given the onerous levels of debt, or whether Trump's tax cuts and deregulatory policies will help the U.S. maintain a strong economy. So while global central banks continue to print money near record levels driving up debt and making fiat that much more fragile, the bull market in the U.S. may continue for another year or two or longer.

And now the negative: 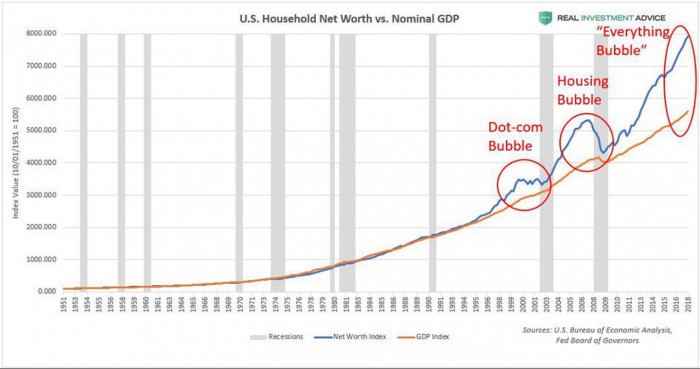 The underlying drivers of the current bubble is the U.S. Federal Reserve-driven bubbles in stocks, bonds, and housing prices, thus some have called the current bubble the 'everything' bubble. Back in 2008 during the housing crash and Great Recession, the Fed was so desperate to create an economic recovery and bull market that it decided to do so via the brute force of monetary policy. It cut interest rates to record low levels by pumping trillions of dollars worth of liquidity into the financial system which is known as QE. The S&P 500 consequently soared by over 300%.

Here's another bubble: After nearly a decade of QE, the U.S. stock market is as overpriced relative to its fundamentals as it was at major historic peaks such as in 1929 and during the dot-com bubble. According to the CAPE ratio which is the cyclically adjusted PE ratio, the U.S. Stock market is more overvalued than it was in 1929 though still remains below the spike it achieved during the dot-com bubble. 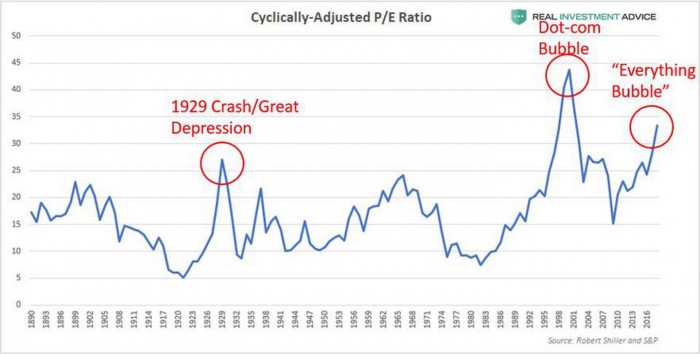 The current U.S. household wealth bubble will end the way that the last several asset and wealth bubbles did. The Fed ended loose monetary conditions that caused the bubble in the first place. The higher the Fed hikes rates, the closer we get to the end of the road. Ray Dalio who founded Bridgewater Associates, the world's largest hedge fund, recently said the rate hikes are now hurting asset prices. When bonds break, bonds could take stocks with it much as happened when subprime mortgage bonds broke leading to the financial collapse of 2008. Adding fuel to the fire is the quantitative tightening policy which shrinks the balance sheet by $40 billion a month.

Here is what hasn't changed:

1) The uptrend in GDP growth continues to move higher from Obama to Trump.

2) Total private sector employment continues to move higher from Obama to Trump in a steady linear uptrend suggesting things have remained at the same pace whether the country was being led by Obama or Trump: 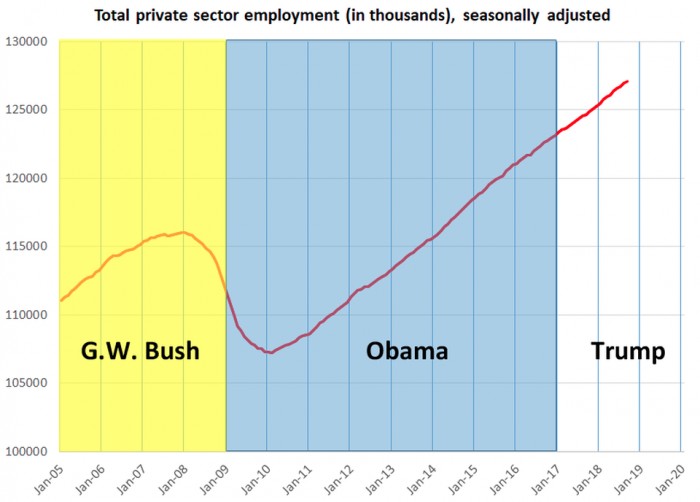 3) The downtrend in unemployment continues to move lower from Obama to Trump in also a fairly steady linear downtrend: 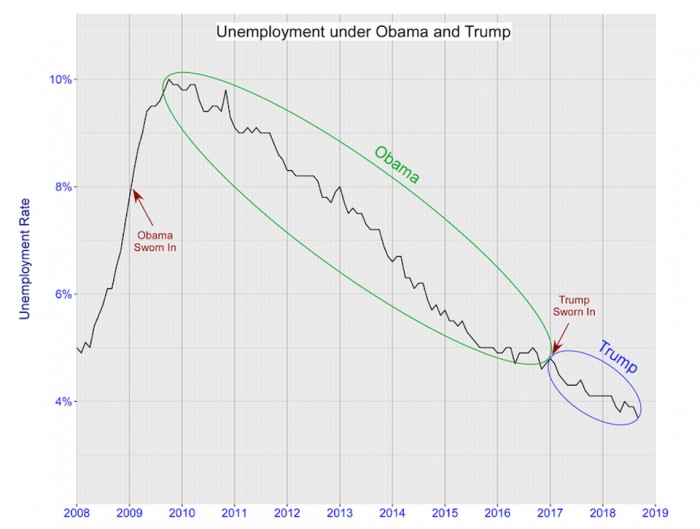 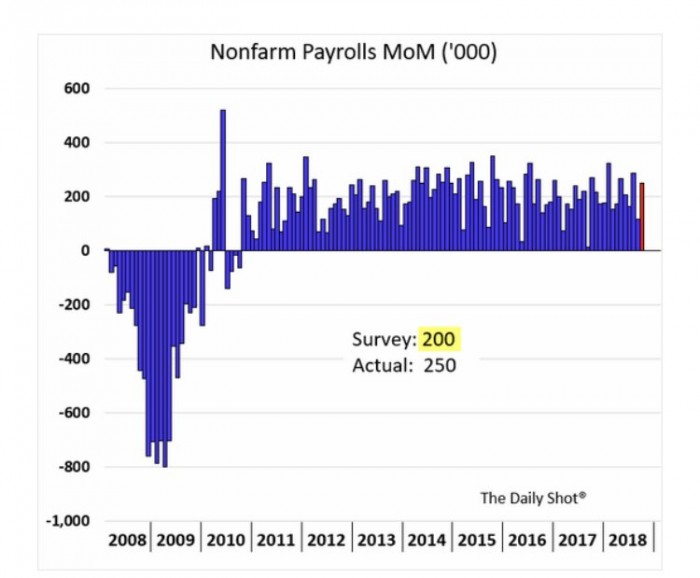 So Trump is being misleading when he suggests he is responsible for any of these four metrics. Nevertheless, we will have to see if U.S. GDP can continue at its current pace with Trump's tax cuts and deregulatory policies in place. The ECB's plans to roll QE back further may have to be postponed, but even if it is reduced according to schedule, QE will still be a formidable force even at reduced levels. Such may continue to push the U.S. market higher, albeit in choppier fashion, though with further rate hikes, the current correction may become more serious with rising bond yields sucking money from the stock market. That said, despite the elevated levels of volatility due to the QE vs GDP vs rate hike tug-o-war, this ageing bull may yet have another year or two left in its lifespan.