A quick aside regarding bitcoin. I called December 15, 2018 as a major bottom in bitcoin for the first time in my March 24, 2019 crypto report. On January 30, 2018 when I went to 100% cash and locked in profits, it happened to coincide with major tops of virtually all of my cryptocurrencies. Selling on the day or one day off the peak is pretty much an impossible event except in this case when it coincided with a major sell signal in bitcoin. It was fortuitous that bitcoin had a major sell signal which triggered my rule to sell all my coins. I published a piece with charts that illustrate the point that top performing coins will typically rise higher in price even after bitcoin tops.

That said, my call of March 24, 2019 of a major bottom in bitcoin is the earliest publicly stated call in the cryptospace of which I am aware. If you know of an earlier call backed up by rational reasoning, please send me the link. I'd love to speak with whomever made an earlier call as such a person may have metrics that, together with mine, could make for a tool with even greater precision.

And the band played on... 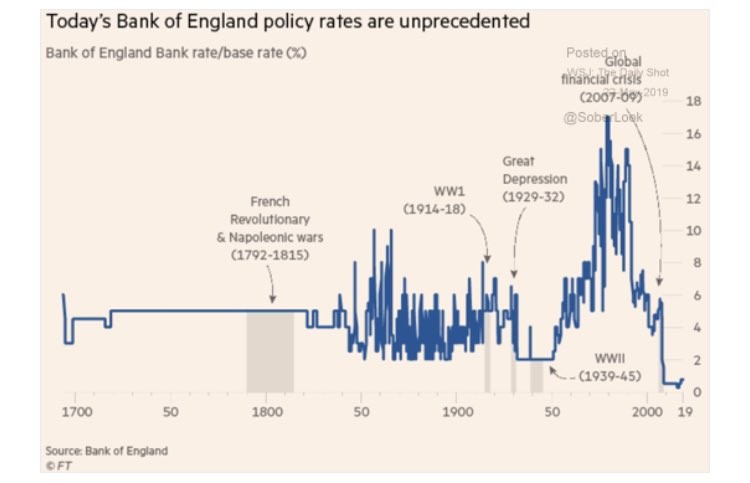 While even a stopped clock tells the right time twice a day, a broken record repeats itself endlessly, skipping on the same track without making progress. It seems as if QE has turned into a broken record.

Singularly, global economic growth remains hampered with all major stock markets and bourses having gone nowhere or even dropped over the last few years with the exception of the U.S. stock market.

But as I have written, the guys at the top of the food chain in the U.S. will do whatever results in the best benefits for the U.S. This means knowing that capital from QE will find its way into U.S. markets before other markets. It also means that Trump's pro-business policies together with exponential growth technologies could maybe, just maybe, help the U.S. grow out of its onerous levels of debt. But that is a big IF since conditions today are unique with the whole world enslaved by the QE money printing machines. Any country whose central bank does not print will rupture their markets. And some countries such as Germany and Japan have been in negative interest rate territory for some time without much to show for it except deeper levels of debt and a somewhat corrupted financial structure.

QE is perhaps like a massive titanic. As with the titanic which took some time to sink, you can bail out banks and businesses and print money to prop stock and bond markets to buy time, but in the end, things will inevitably sink. This may then usher in the era of decentralized digital currency such as bitcoin which has enabled millions of families in countries whose native currency is plummeting to protect their savings by moving it outside of the country by converting it to bitcoin then to fiat. And those without bank accounts can receive and transfer value via bitcoin wallets. All one needs is an internet connection and a cheap mobile phone. Finally, some in capital controlled countries such as China and South Africa convert their native currency to bitcoin which then is effectively outside the reach of their respective governments. Indeed, it is not hard to see how adoption levels of bitcoin which took 10 years to go from zero to 1% will continue to grow exponentially as its S-curve adoption takes place. Its adoption rate has doubled every 12 months.

But I digress. Despite QEInfinity, stocks on Wednesday failed to get a lift from the minutes of the Federal Open Market Committee’s latest meeting, which revealed interest rates are expected to remain steady “for some time.” Singularly, markets have priced in a fed rate cut on the 10-year by their October 30 meeting. The yield curve between the 10-year and 1-year note inverted for the second time this year, traditionally a warning sign of recession, though in this QEInfinity environment, such signs may carry less weight. The moves in the bond market were pronounced as shown by the 20-year treasury bond ETF TLT which gapped higher. CME fed funds futures predict the Fed making two quarter-point rate cuts by the middle of next year and possibly a third in the second half of 2020. In other words, the market knows the Fed will stand by their original statement that they will do whatever it takes to insure a continuation of this long standing bull market.

Mentions of interest rate reductions have been made should the trade war with China intensify further. That does not mean market cannot have sharp corrections along the way. Indeed, major averages have been unable to rally above their respective 50-day moving averages. The number of distribution days remains elevated on the NASDAQ Composite which is the major average which still carries predictive value when it comes to this metric. May 17 was its 5th distribution day. Markets then gapped lower on fear regarding trade disappointments with China. Wednesday's rally was due to hope that Trump would take a softer stance with China. Markets then gapped lower on Thursday's open due to renewed fears of some U.S. tech companies bearing the brunt of the trade war. Friday's gap higher was due to Trump softening his position against Chinese mobile phone giant Huawei. Thus, short term market direction remains highly dependent on the news driven situation between the U.S. and China. Due to these elevated levels of volatility that cause markets to gap both lower and higher depending on the day, the Market Direction Model remains in cash for now though is closer to a sell than a buy signal at this juncture. Stay tuned.
Like what you read?
Let us help you make sense of these markets by signing up for our free Market Lab Reports:
This information is provided by MoKa Investors, LLC DBA Virtue of Selfish Investing (VoSI) is issued solely for informational purposes and does not constitute an offer to sell or a solicitation of an offer to buy securities. Information contained herein is based on sources which we believe to be reliable but is not guaranteed by us as being accurate and does not purport to be a complete statement or summary of available data. VoSI reports are intended to alert VoSI members to technical developments in certain securities that may or may not be actionable, only, and are not intended as recommendations. Past performance is not a guarantee, nor is it necessarily indicative, of future results. Opinions expressed herein are statements of our judgment as of the publication date and are subject to change without notice. Entities including but not limited to VoSI, its members, officers, directors, employees, customers, agents, and affiliates may have a position, long or short, in the securities referred to herein, and/or other related securities, and may increase or decrease such position or take a contra position. Additional information is available upon written request. This publication is for clients of Virtue of Selfish Investing. Reproduction without written permission is strictly prohibited and will be prosecuted to the full extent of the law. ©2023 MoKa Investors, LLC DBA Virtue of Selfish Investing. All rights reserved.
FOR OUR FREE MARKET LAB REPORT :