Major averages rose on lower volume though managed to close near the top of their respective trading ranges. Volume on the NASDAQ Composite was also above average. In another sign of strength, the small cap Russell 2000 which had been lagging for a number of months finally came to life over the last two trading days as risk-on, smaller cap stocks play catch up.

The ugly jobs report may do little to alter the Federal Reserve’s (Fed) plans to tighten monetary policy at the next meeting on June 13-14 as CME FedWatch still projects a 93.5% chance of a rate hike, but a rate hike in December may be a coin toss as odds stand at around 50%.

As we cross into the month of June, many of these so-called aphorisms such as sell in May and go away hold no predictive value when it comes to making money in stocks or ETFs. The concept failed in the majority of years since 2009 as this bull market continues to press ahead.

Other beliefs which may have worked over a span of time such as the Hindenburg Omen no longer have much predictive value. Indeed, this omen which was triggered on Wednesday has triggered numerous times since 2014 yet the bull market continues onward and upward with only minimal corrections. While the omen's two big claims to fame are calling the crash of 1987 and 2008, price/volume warning signs would have brought you to cash before the crash in both cases. For example, the NASDAQ Composite was down appreciably 8 out of 9 days before October 19 black Monday when the Dow Industrials crashed 22.6%. 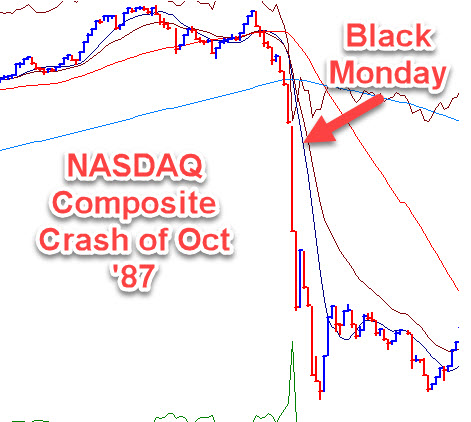 And in 2008, market deterioration was well evident in the weeks leading up to the slow motion crash which started in September.

In the "useless news" category, one headline we keep seeing is on the aging bull market. This month marks the 100th month since the bull market began in 2009, making it the second oldest bull market in history. But the problem with trying to use age to time the end of a bull market is that bubbles can grow to enormous proportions before blowing apart, such as in the 1990s which ran from 1990 to 2000, ending 3 years beyond Alan Greenspan's infamous "irrational exuberance" speech given in 1997. If one left the market in 1997 or worse, went short as some did, they would have missed the most dramatic ascent ever seen in the NASDAQ Composite.

If you want some form of absolute security in knowing when a major correction or crash will occur, you shouldn’t be invested in stocks or ETFs. Instead, it is far more reliable to watch for clues in the form of price/volume action in leading stocks. Such clues are evident ahead of major corrections, typically at least a few days in advance though often, the warning signs present weeks in advance. Your stops will then bring you to safety. But don’t try to predict the magnitude of the correction. Let it run its course, and maybe pick up some short positions in the right stocks on weak bounces as they emerge.