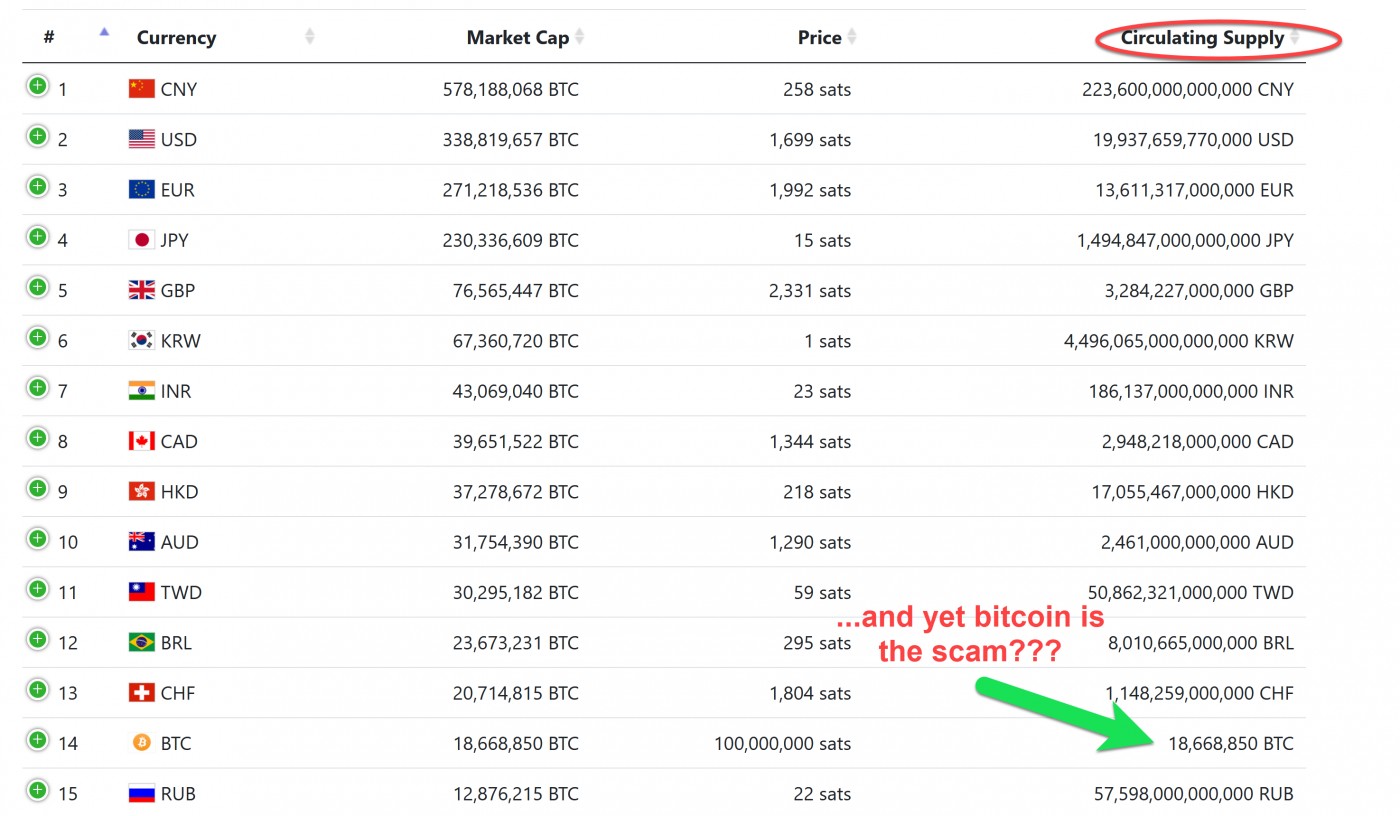 Markets did not like Yellen saying on Tuesday that interest rates may have to rise to keep the economy from overheating. Of course, this is a pipe dream as every time Fed Chair Powell has tried to even hint at a rate hike, let alone tightening the balance sheet, markets tanked, typically correcting around -20% and sometimes in a hurry.

Yellen's words will have to go head to head with Biden's proposed stimulus packages. Biden has proposed more government spending with his $1.8 trillion American Families Plan, $2.3 trillion American Jobs Plan, and his $1.9 trillion American Rescue Plan for a whopping total of $6 trillion. This is on par with the staggering Franklin Delano Roosevelt increases in spending which arguably kept the country in a state of depression. Wealth redistribution from the haves to have-nots has been the goal of the Democrats, ie, the left, as they mistakenly believe this will ultimately be good for the economy. In reality, the wealthy always find ways to reduce taxes through the use of legal loopholes as they can afford the best accountants. Meanwhile, the economy is impacted negatively as some wealthy relocate their businesses offshore thus pay less or no tax in the new jurisdiction. This negatively impacts the economy in their respective country making life more difficult for the middle and lower classes.

It should come as no surprise that the wealth gap continues to increase to levels not seen since the Great Depression. The rise of bitcoin is testament to this. Strong uptrends in the price of stocks, commodities, and real estate fuel the gap. That said, bitcoin is facilitating a transformation of wealth. Many younger investors are buying bitcoin as they prefer it over gold. At its current price, it is highly likely it will at some point be worth well over $1 million then $10 million and so on. It is just a question of how long it will take, black swans notwithstanding, for it to reach such price levels. At around $55,000 today, this represents orders of magnitude of price increase.

Singularly, history shows the left has created much debt with the mistaken Keynesian notion that this would stimulate the economy. In reality, the policies of the left such as large government expenditures, large redistributions of wealth via high taxes, large deficits, and the large printing of money have always ultimately led to wealth gaps, debt crises, money shortages, and the eventual collapse of fiat. One pivotal result that moved the U.S. dollar close to its end was how this forced the U.S. to go off the gold standard in 1971.

While the pendulum may swing from one extreme to the other (from the left to the right then back to the left), the long term effect has been and will continue to be the devaluation of money. Less productivity means more money must be printed to pay off rising debts. This is why reserve currencies have limited lifespans with the climax ending in the very few owning the most while the middle class is pushed lower. Such a system is a house of cards typically met with deep social unrest, revolution, and/or war.

Based on historical cycles in the economy, we are at the tipping point of the long-term debt cycle which averages roughly 75-100 years based on extensive studies done by Ray Dalio who founded Bridgewater, the largest fund in the U.S. From Roosevelt's New Deal to WW II, we had bigger government up through the 1970s as represented by higher taxes on the wealthy. Then the Reagan tax cuts came followed by the Bush tax cuts, representing smaller government as taxes on the wealthy trended lower. President Obama reversed this trend with Obamacare taxes, though President Trump countered it with his tax cuts across the board.

President Biden, however, wants to create the largest government spending programs and tax hikes since Roosevelt. While top tax rates would remain below the peak rates in the 1970s, Biden’s proposal would result in a 4-6% increase of tax rates on the top 0.01% and a decline in after-tax income of roughly 10%, though as mentioned above, there are always ways for the rich to adjust these numbers to their advantage. For the bottom earners, taxes paid will be largely unchanged though they will be receiving new benefits and tax credits. 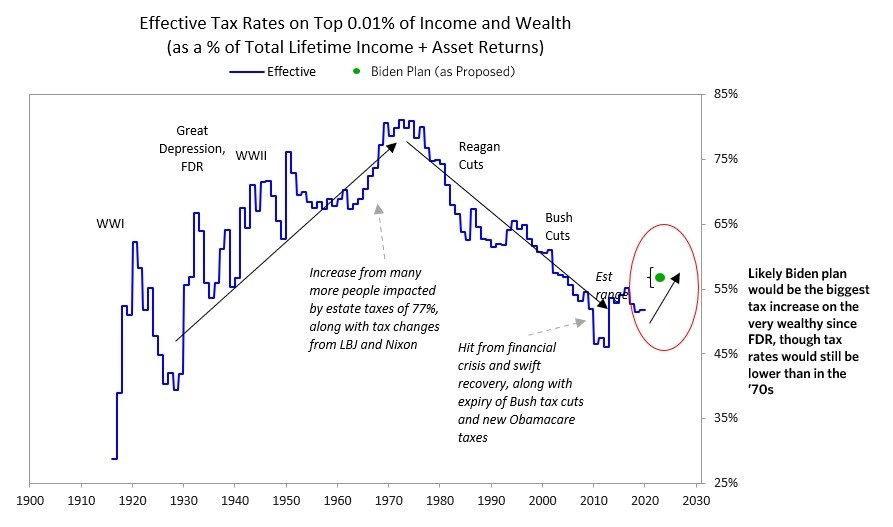 While some things are different from the Roosevelt years, some things stay the same such as the repetition of the long term debt cycle as it is driven by basic economic principles.

But this cycle can be broken. As I've written in prior articles, the exponential growth of game-changing technologies such as AI and blockchain can create immense utility, thus can help productivity and wealth creation soar. This can offset the mountains of debt creation thus soften the landing to avert a global crash, a global revolution, or outright war.

While capitalism has been the best system for productivity and wealth creation, it has fallen short when it comes to helping the have-nots because of the way the system has been designed. While capitalist principles must remain in place, the system must also be redesigned so not just the haves but the have-nots are properly educated. They will then become a thriving part of the work force rather than unemployable adults. This will avert civil unrest and revolutions.

This will increase GDP as well as economic stability as the wealth gap is narrowed by virtue of more people across the spectrum contributing to growth. But nothing will change unless the systemic issues are met head on, so articles such as this one will hopefully serve to spur others into action who are connected to government at local, state, and federal levels to create the necessary changes that will facilitate this form of “UBI”.