Shorting into the dead cat bounce

Powell's words to soothe markets could create another dead cat bounce here, so best to take profits. The overall downtrend most likely remains intact as Powell remains hawkish, but did say he does not see a 75 bps rate hike on the table and thinks inflation may flatten along with some evidence of peaking core PCE.

Nevertheless, as we have said, the US carries more public debt than at any other time in history. 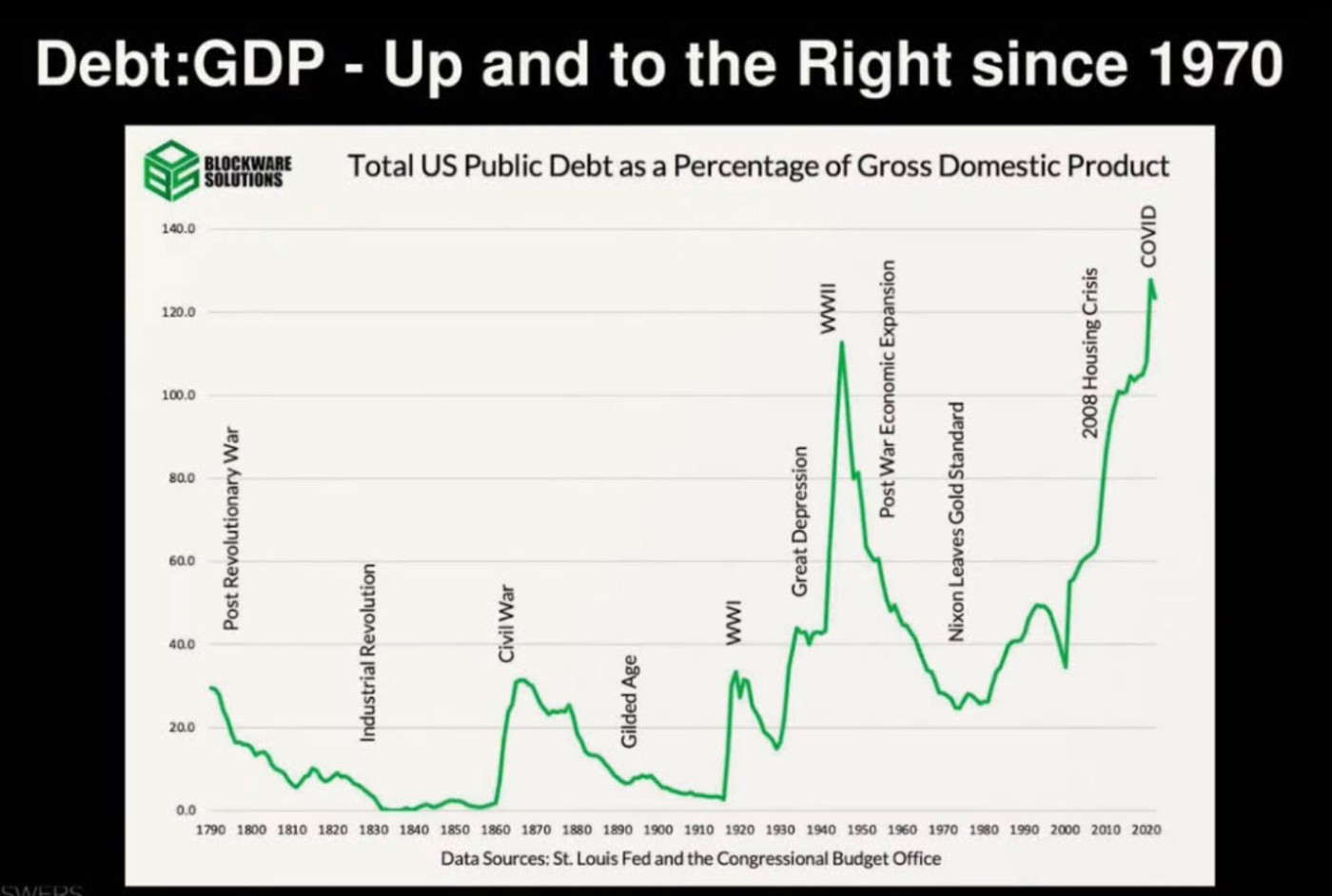 Since the interest rate spike in the early 1980s, every time the Federal Reserve has hiked rates, it has been met with an inverted yield curve followed by recession (faint pink vertical bars below). Given the diminishing fed funds peak percentages with each rate hike cycle (straight red line), it is evident that the stock and bond markets have become increasingly unforgiving over the last few decades. Fed Chair Powell cannot pull a Paul Volcker. Volcker had the luxury of high interest rates back in the early 1980s so had plenty of "fuel" in the interest rate tank. This time, it is unlikely the Fed will be able to hike more than twice; the fed funds rate would rise to 175-200 bps from its current level of 75-100 bps, piercing the downtrending red line.

Thus by July should the Fed hike by 50 bps which the Fed Funds Futures is pricing in at near certainty, stock markets may start into a faster downtrend, much as they did in late-2018. Powell would then have no choice but to relent and find any excuse to halt rate hikes or print more money to calm markets much as he did in Jan-2016 and late Dec-2018. 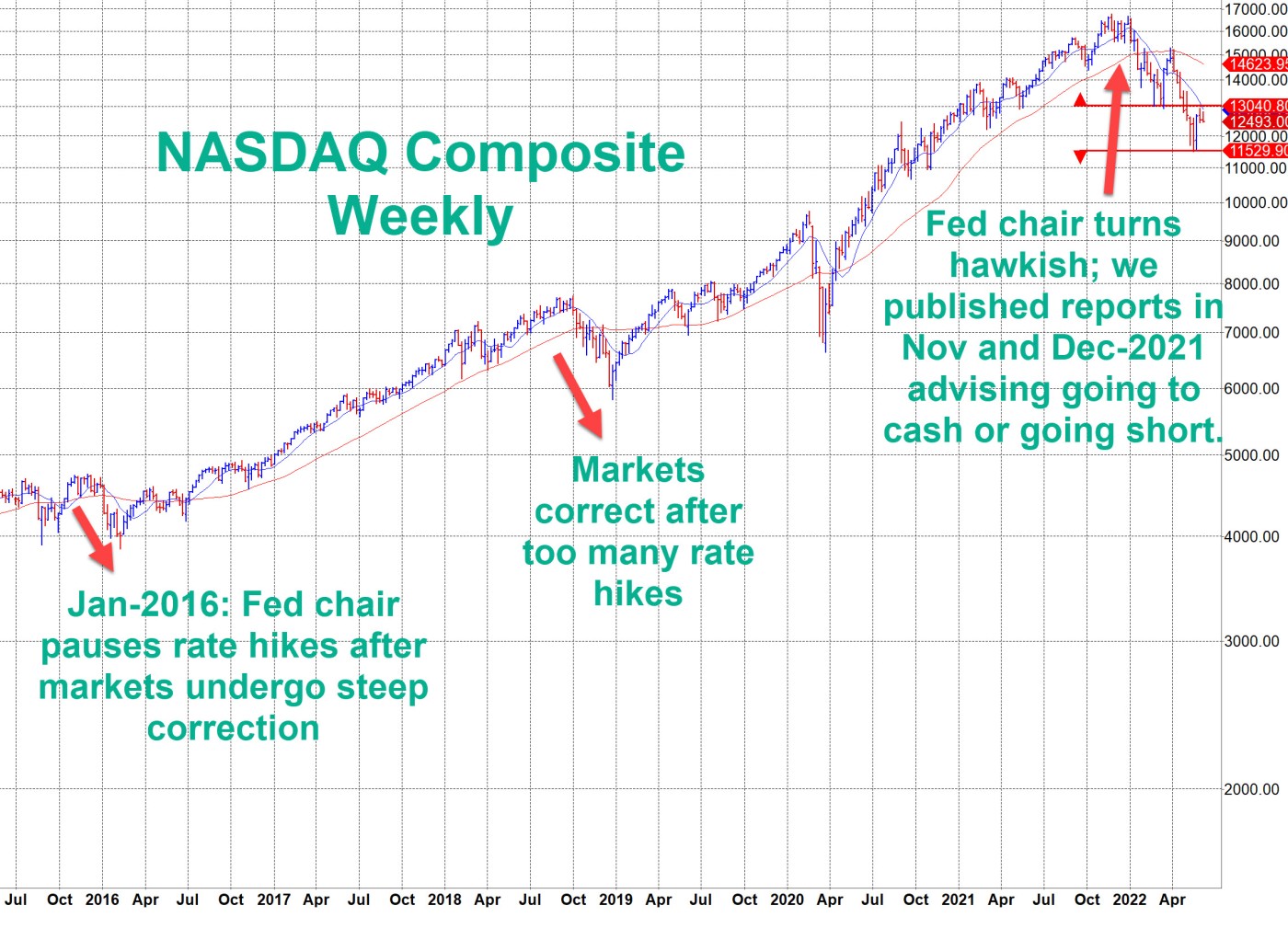 Given the global situation of record debt, soaring inflation, and record low interest rates, is hyperinflation in the offing? Hyperinflation produces soaring stock markets, soaring gold, and potentially soaring bitcoin. Such is happening globally, faster in some developing markets such as Argentina and Venezuela, but at a slower pace in first world countries as major forms of fiat such as the dollar, yuan, and euro sink further, after all, it took longer than seconds or minutes for the Titanic to sink.

Yield curve control will motivate countries to move away from falling fiat and into gold and bitcoin. Such has occurred many times throughout history. Gold soared in the stagflationary 1970s exceeding $800 by the end of the decade. It also did so during Germany's hyperinflation of the 1920s, rising 1 trillion-fold! 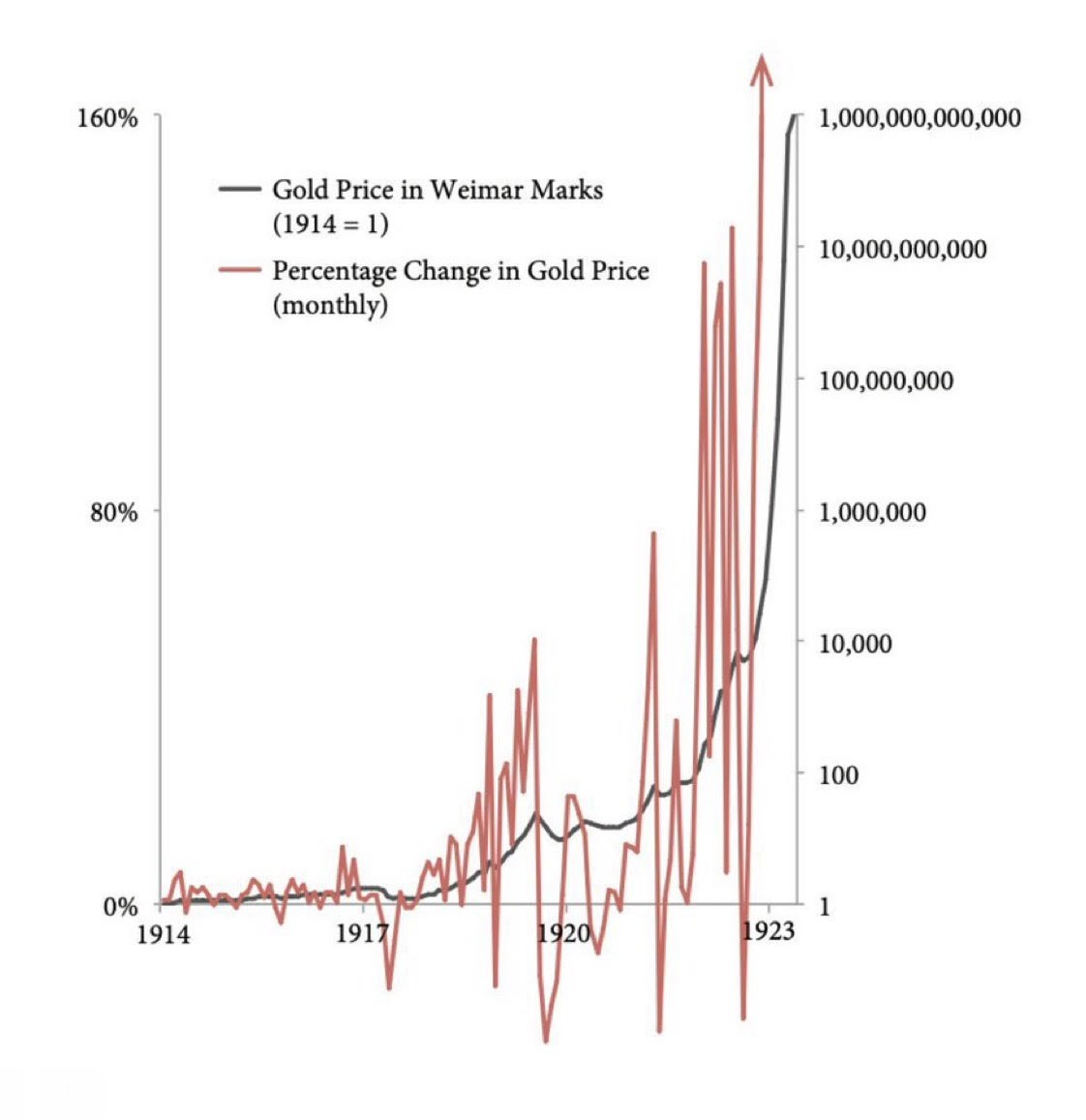 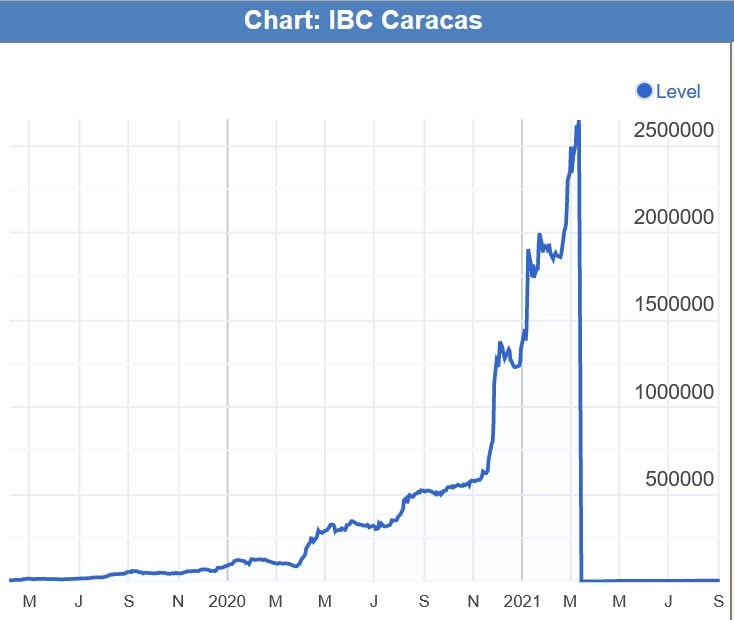 Nations with trade surpluses may begin to invest their surplus into hard assets such as bitcoin and gold rather than USD-denominated bonds. Countries with deficits, mainly the US and the EU, will force central banks to engage in controlling their yield curve. Central banks do this by printing money which keeps yields capped. This devalues fiat which effectively inflates away debt rather than having to default on it.

What's the way out of the corner into which the Federal Reserve has painted itself?

=The Fed must print more money to service record levels of debt
=This debases fiat which reduces debt since a weaker dollar means lower interest rates
=They then keep debt servicing costs down by keeping interest rates down which keeps the dollar weak
=At the same time, they keep inflation high which reduces debt despite the manipulated CPI #'s will suggest inflation is moderating
=This keeps GDP artificially high to keep tax revenues high to service the debt
Crypto downtrend remains

Bitcoin still should continue its overall downtrend with potentially sharp dead cat bounces along the way. Long term holders can end up selling as they get worn away by continual pessimism. Indeed, in 2014, 2018, and 2020, LTH started selling at a loss sending bitcoin substantially lower. LTHs recently crossed that threshold once again in 2022. 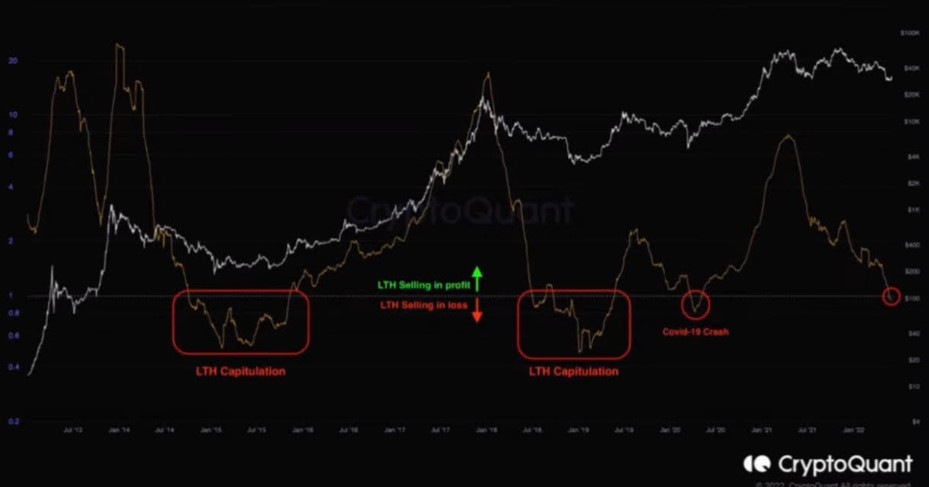