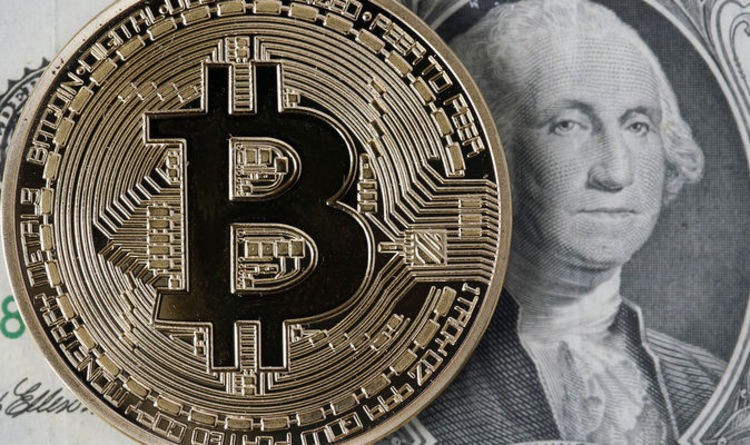 More businesses in Africa are adopting bitcoin to survive. Crypto transfers by individuals and small businesses into and out of Africa soared close to 50% over the last year according to Chainanalysis. This is because currencies across the continent have materially weakened due to the sinking titanic that is known as fiat. Losing 50% annually to a plummeting local currency just because of inflation is a serious problem in many parts of the world. Some such as Warren Buffett and Nouriel Roubini still say bitcoin has no use and is only for speculation yet to these businesses and individuals on a global level, bitcoin is a lifeline, so they are turning to bitcoin so they can exchange goods and services directly and borderlessly with partners in other parts of the world. As one of many examples, a company who runs a mobile phone shop in Nigeria uses bitcoin to pay his Chinese suppliers. He would otherwise not be able to pay for his supplies. Singularly, the number of monthly bitcoin transfers to and from Africa have passed the 600,000 mark, and this number continues to accelerate. Once the transaction is done, businesses can choose to immediately transact out of bitcoin into a more stable currency such as the dollar or euro.

BTC and Gold Correlation at ATH

The correlation between gold and bitcoin are at all-time highs. Bitcoin, gold and the S&P 500 have become increasingly correlated against the dollar as quantitative easing accelerates. This shows the dollar is losing its strength and influence. The Fed will do everything in its power to prop up the stock market to make sure it looks amazingly well for the election and to prevent major companies from failing. So the Fed will keep buying debt and working to reduce unemployment ahead of the election by keeping companies afloat. The stock market, gold, hard assets, and bitcoin should all continue to do well overall going forward into the November elections.

The Fed pushing rates to 0% in March certainly helped to boost this correlation. In this time of extremes, many exogenous circumstances die out while the soaring M1 money supply drives prices in hard assets, stocks, bitcoin, and gold higher. Given 500 years of history, odds seem vanishingly small that the Fed would adopt a hard line approach and not continue to give markets what they want in the form of additional stimulus. So even if a budget agreement is delayed, the Fed will intervene to save a plunging stock market by further boosting QE. COVID as the politicized accelerant has pretty much sealed the deal being the last nail in the coffin. That said, we could see further correction from further delays so keep stops tight as always.

Institutions have been waking up to the digital revolution. Over in blockchain, JP Morgan recently announced it is investing $50 mil in Consensys which works with banks by utilizing ethereum to upgrade existing methods at banks. Ethereum co-founder Joe Lubin said ethereum may replace SWIFT which had been the standard for making payments all over the world, but SWIFT is expensive and clunky. JP Morgan realizes blockchain is both a superior way of handling value transfer, messaging (that is, who is sending to whom), and transaction layers (a form of accounting) in one data pack. On ethereum, the transaction becomes the message, so just one layer in needed. Welcome to the future of accounting. With blockchain, fraud from companies such as WireCard will no longer be a possibility as an audit can be done in real-time.

Blockchain represents a new trust foundation whether the transaction is done in cryptocurrencies, central bank digital currencies, or commercial bank digital currencies. Blockchain facilitates fluid real-time transactions across trustworthy collaboration networks. Jamie Dimon has done a massive 180 from calling bitcoin a scam to utilizing blockchain technology. Good for him. Being able to pivot is key when you see you are wrong. Don't let the ego keep you in your opinion. The same goes for holding a stock or cryptocurrency that is going stale.

Another institutional behemoth, Fidelity, recently came out with a report showing the total value of various instruments such as real estate, equities, bonds, gold, and bitcoin. Fidelity wrote, "[From a supply/demand side], It doesn't take a PhD to understand the number of dollars have doubled while bitcoin's supply has halved." In terms of supply/demand equilibrium for commodities, stock-to-flow (S2F) is an accurate way to assess value. S2F is defined as a relationship between production and current stock that is out there. In the case of any commodity such as gold, the stock is the amount of gold that has already been mined and currently exists in the marketplace. The "flow" is the amount of gold that is mined each year. The S2F for precious metals does not change much. If the price of gold goes up, its stock-to-flow (S2F) will also increase as more miners are incentivized to mine more gold, thus bring more supply, ie, flow, onto the market.

The same goes for other commodities except for bitcoin which does not have this price limitation as its algorithm determines its supply. If the price of bitcoin goes to $100k, we will have more incentive to mine gold which will pressure the price of gold lower. Further, if you look at gold's value just from its industrial use cases rather than as a store of value, its price would be about 10% of what it is today. The other 90% comes from its use as a store of value (SoV). But this is where the confusion arises. People see gold as having utility which is represented by the 10% of its value while mistakenly assuming utility contributes to 90% of its value. Meanwhile, since bitcoin has no industrial use, people conclude bitcoin is worthless. Yet bitcoin's killer app is its SoV.

Fidelity wrote, "Commodities with a stock [supply] that is difficult to double due to a low rate of production relative to existing supply have historically served as superior stores of value. Such commodities are largely used for investment purposes." With bitcoin, this is impossible. Thus Fidelity agreed with my presentation slide at the Geneva WealthTech conference in 2017 that bitcoin will go to $1 million. Further, Fidelity is launching a new bitcoin fund with a $100k minimum investment. This is a pivotal change in mindset as Fidelity was also one of those institutions that said bitcoin has no value.

Even an old friend of mine John Bollinger of Bollinger band fame is looking to initiate a position in bitcoin while companies such as Starbucks see value in blockchain in terms of its supply chain tracking and logistics.