Market Lab Report - The Half-Life of Bitcoin is ∞ 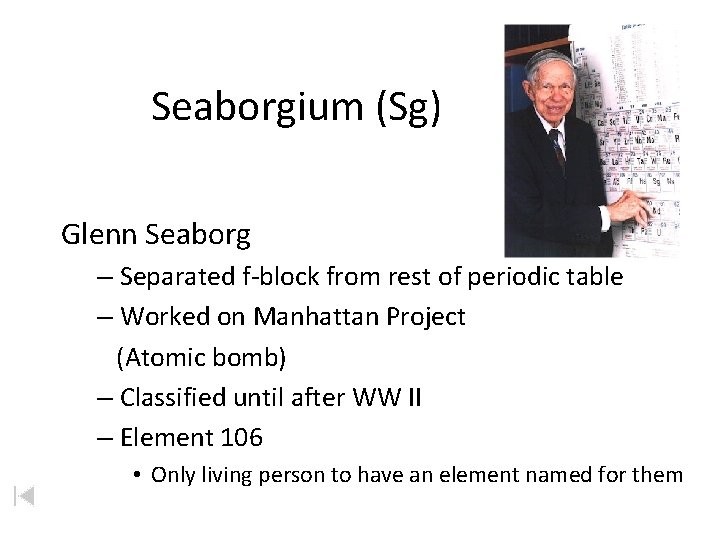 I have often said trading crypto is like riding your own personal nuclear powered rocket. The volatility is well beyond what I have ever experienced in stocks even during the dot-com boom. Fortunes can be made or lost in days, especially if one dabbles in leveraged futures cryptotrading. The emotions of greed (FOMO) and fear (FUD) are amplified an order of magnitude above "10".

In the days of pursuing new elements, it was fascinating to observe Einstein's theory of relativity in action at the 88" cyclotron at the University of California Berkeley where I helped put two elements on the Periodic Table. We named Element 106 Seaborgium after Nobel Laureate Glenn Seaborg, the legendary scientist who discovered 10 elements including plutonium, and statesman who advised 10 U.S. Presidents, who also strongly suggested I pursue a Ph.D. at Berkeley in the nuclear sciences thus became my Ph.D. thesis advisor. But I greatly disappointed the man after doing a 180 by switching upon graduating with my Ph.D. into trading for William O’Neil. Both men, legendary, so I would argue better to pursue your passion. I also am fond of saying the first day working for William O’Neil was the last day I ever worked. Do whatever it takes to make your passion your livelihood. Life is short.

The Odds Game of Reward:Risk

The odds of making elements at these very high atomic weights are scant to infinitesimal to say the least. Part of the challenge in synthesizing the first atom of Element 110 (Darmstadtium) was getting the odds on our side. In other words, many weeks of three 8-hour shifts working around the clock each day at great expense were needed to beat the incredibly low odds of creating such an element. But each of us stands on the shoulders of giants so each step is preceded by prior steps made by others. Indeed, just as Ghiorso's particle accelerator was based on prior particle accelerator principles, the German research group in Darmstadt together with our team used our IP to definitively create atoms of Element 110.
Half-lives of microseconds to nanoseconds are typical so cutting edge particle detection is key, much as cutting edge cryptocurrency trade detection for the "no-brainer" trade is key. I define such a trade as buying at an optimal entry point so your downside risk is less than 2-3% which potentially will move higher by 50-100% or more. While a 3:1 reward:risk ratio is the benchmark when it comes to trading, such a no-brainer trade carries a 20:1 or better reward:risk. When achieved, one can use a fair amount of leverage to maximize their gains. It is analogous to being blessed with a front page story in the case of when a new element is discovered, or blessed with a fortune made in the case of a leveraged trade. Then it's a matter of adding a zero or two onto that fortune.
The Half-Life of Bitcoin is ∞

With Professor Seaborg's memory in mind, I will make some observations of my own outside of the hallowed particle accelerators of Lawrence Berkeley National Laboratory where I carried out much of my thesis work.
⦿The half-life of monetary energy stored in a weak fiat currency is ~2 years given countries with deeply corrupt governments such as Venezuela, South Africa, and Argentina.
⦿The half-life of money in a strong fiat currency is ~5 years given the massive flows of quantitative easing across more than 80 central banks. President Joseph Biden has three stimulus packages with a current aggregate total of $6 trillion on the way.
⦿The half-life of dogecoin is 15-20 years, or another near doubling of its current life which began in the early 2010s as its descent will be lengthy (short sellers pay attention) thus the longer than expected half-life.
⦿The half-life of bitcoin is ∞.
But What About Ethereum?

Ethereum (ETH) most likely has the second longest half-live of the cryptocurrencies. It has one of the top development teams. They have come out with Berlin which helps increase transaction times while slightly reducing fees but the real major jump will be this July when they release EIP-1559 which will make Ethereum deflationary by burning ETH thus making its supply even more scarce. Ethereum already has a supply shortage based on the migration of Ethereum out of exchanges into long term storage, DeFi and NFTs locking up a substantial amount of ETH, institutions and companies starting to recognize Ethereum in addition to bitcoin, and the launch of Ethereum ETFs. EIP-1559 if successfully launched, should propel the price of Ethereum by at least an order of magnitude from here, $4042 as of this writing, based on supply and demand.

Meanwhile, direct layer 1 competitors such as Cardano (ADA) and Binance (BNB) may co-exist if their fees and transaction times remain well below that of Ethereum's. Ethereum's transaction fees remain high but offers the greatest network effect thus its level of security would appeal to larger companies who can afford the higher fees. Smaller companies may opt for Cardano and Binance due to the lower fees even though security and decentralization are not as robust.

Layer 2 companies such as Fantom (FTM), Solana (SOL), Polygon (MATIC), and Harmony (ONE) which co-exist alongside ETH offer superior scalability thus their transaction times are a huge help to ETH as both platform can be used together.

While some think decentralized computer cryptocompanies such as ETH, Cardano (ADA), and EOS can co-exist much as PCs such as Dell and Compaq hit their stride in the 1990s and beyond, ETH has a powerful network effect in the form of its level of security. While companies can easily port over to ADA, it is less likely if the company is large and has integrated ETH as ETH's fees are less of an issue.

Meanwhile, should Bitcoin eventually solve its scaling issues and make it simple for companies to port over, it is likely to dominate since it is the most secure network with its towering hash rate. Time will tell, though right now, it looks as if Bitcoin with its disinflationary protocol and its SoV (store-of-value) killer app will co-exist with Ethereum with its up-and-coming deflationary coinmetrics.
Like what you read?
Let us help you make sense of these markets by signing up for our free Market Lab Reports:
This information is provided by MoKa Investors, LLC DBA Virtue of Selfish Investing (VoSI) is issued solely for informational purposes and does not constitute an offer to sell or a solicitation of an offer to buy securities. Information contained herein is based on sources which we believe to be reliable but is not guaranteed by us as being accurate and does not purport to be a complete statement or summary of available data. VoSI reports are intended to alert VoSI members to technical developments in certain securities that may or may not be actionable, only, and are not intended as recommendations. Past performance is not a guarantee, nor is it necessarily indicative, of future results. Opinions expressed herein are statements of our judgment as of the publication date and are subject to change without notice. Entities including but not limited to VoSI, its members, officers, directors, employees, customers, agents, and affiliates may have a position, long or short, in the securities referred to herein, and/or other related securities, and may increase or decrease such position or take a contra position. Additional information is available upon written request. This publication is for clients of Virtue of Selfish Investing. Reproduction without written permission is strictly prohibited and will be prosecuted to the full extent of the law. ©2022 MoKa Investors, LLC DBA Virtue of Selfish Investing. All rights reserved.
FOR OUR FREE MARKET LAB REPORT :