Market Lab Report - The most massive manipulation ever

Imagine a world where governments 1) drive up the prices by printing money, 2) which steals the value from the money people tried to save, 3) then people have to pay cap gains taxes when they sell something because it has fake gains on paper, then finally 4) governments tax them on the theft. So first governments steal the value of money by QE, then the people are taxed because the fake value went up on the "gains", then if their wages go up due to inflation it kicks them into a higher income tax bracket. What a HUGE racket.
Bitcoin is far better than fiat which trends towards zero. Nevertheless, it still has issues. When it comes down to it, all that matters is goods and services; everything else is accounting. Efficient accounting means fewer middlemen with less counterparty risk. But Bitcoin does not address stablecoins which are needed nor the use of other tokens to monetize your audience nor NFTs. The counter argument is that Bitcoin need not innovate because its killer app is PoW (proof-of-work) in minimizing attack surfaces of sovereign digital wealth as I discussed in a recent piece. Over the next decade or two, the value of digital will surpass the value of physical given the breakneck speeds at which digital is growing. PoW scales up the amount of energy it utilizes in direct proportion to the amount of value it is defending. Bitcoin happens to be the technology with the greatest hash rate and network effect by far, thus is the most secure and best candidate to defend digital value.
Bitcoin should therefore stay PoW while Ethereum should migrate to PoS (proof-of-stake). PoS (proof-of-stake) has been criticized as it cant physically stop DoS (denial-of-service) attacks plus you pay stakers in fees and debasement to not DoS attack you. But PoS is more resistant to certain bugs than PoW with its superior modularity, audits, and battle testing. While some correctly argue that hashrate is remedial and tangential when it comes to ETH, hashrate with BTC is key to stopping DoS attacks regarding the defense of digital sovereign wealth.
As for the highly unlikely event that governments use sha256 miners to start rolling back transactions on the Bitcoin blockchain, PoW would change by consensus using the same method that was used to change Bitcoin's blockweight to 1.4 mb for Segwit which is backwards compatible. This is the same consensus that was used to add taproot to Bitcoin. Thus government attacks would be stopped by using consensus.
Indeed, both BTC and ETH can co-exist as each addresses different key needs, so while both are going through corrections, it is highly likely both will eventually reach new highs well beyond prior highs once the Fed Chair finds a reason to print money once again, reversing his hawkish position.
HEX, an improvement on Bitcoin?

HEX coin which has brilliant game theory is treated as a SoV via proof-of-wait because its average stake length is 7 yrs so inflation is rarely seen. Buyers of HEX restake it, so everyone can gain until you run out of investors, but then at that point, you are near the top of the S-curve but still have yield. The negatives with BTC are negated with HEX because one doesnt have to buy mining hardware. Holders of HEX pay themselves HEX yield which is akin to what BTC miners do. The parameters of each contract are well audited. HEX has risen over 5000x since Jan-2020, but just as with Bitcoin, it has been subject to steep corrections during this massive runup. So far in this crypto correction, it is holding up reasonably well. Given its game theory, it should continue to have its share of big bull runs. Interestingly, it bucked the market correction from Apr to Jul 2021 when its price skyrocketed by more than 10-fold. 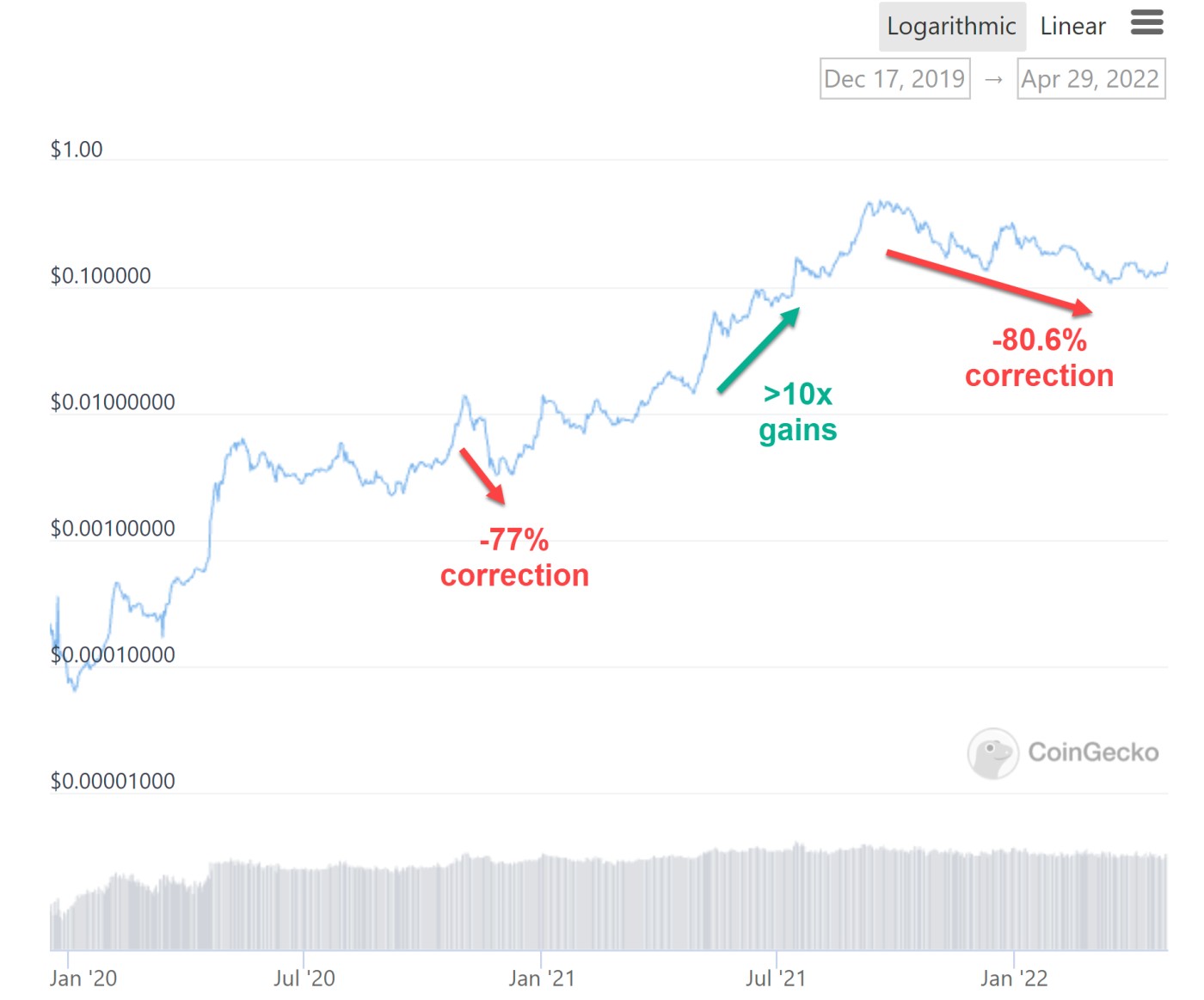 On the concerns of bitcoin going to zero due to regulatory attack, you dont hold your own BTC. Blockchain holds it. You are the only one who has that key. BTC is uncensorable but not unconfiscatable. Governments, please dont ban math or knowing a number; blockchain is free speech. Two key human rights are freedom of movement and speech. Cancel culture is used to ban speech. Did you know it used to be a federal crime to read someone's mail in the analog world, but then the digital world came and everyone can read your email. Data is not your property in the digital world. Web3 restores private ownership.
Governments have the power of the pen and prison backing them. We need the best tech to help humanity; the world is at peak levels of censorship with minimal privacy. We need anonymity, security, no censorship, privacy, and no admin keys. HEX/Pulse provides this. So I am keeping a close eye on possible entry points in HEX, BTC, ETH, and top altcoins, but such entries are far more likely once the Fed reverses its hawkish stance which could still be many months away given soaring inflation.
Like what you read?
Let us help you make sense of these markets by signing up for our free Market Lab Reports:
This information is provided by MoKa Investors, LLC DBA Virtue of Selfish Investing (VoSI) is issued solely for informational purposes and does not constitute an offer to sell or a solicitation of an offer to buy securities. Information contained herein is based on sources which we believe to be reliable but is not guaranteed by us as being accurate and does not purport to be a complete statement or summary of available data. VoSI reports are intended to alert VoSI members to technical developments in certain securities that may or may not be actionable, only, and are not intended as recommendations. Past performance is not a guarantee, nor is it necessarily indicative, of future results. Opinions expressed herein are statements of our judgment as of the publication date and are subject to change without notice. Entities including but not limited to VoSI, its members, officers, directors, employees, customers, agents, and affiliates may have a position, long or short, in the securities referred to herein, and/or other related securities, and may increase or decrease such position or take a contra position. Additional information is available upon written request. This publication is for clients of Virtue of Selfish Investing. Reproduction without written permission is strictly prohibited and will be prosecuted to the full extent of the law. ©2023 MoKa Investors, LLC DBA Virtue of Selfish Investing. All rights reserved.
FOR OUR FREE MARKET LAB REPORT :