Market Lab Report - The Pandemic of Authoritarianism : The Metaverse Derisks Humanity from Nation-States 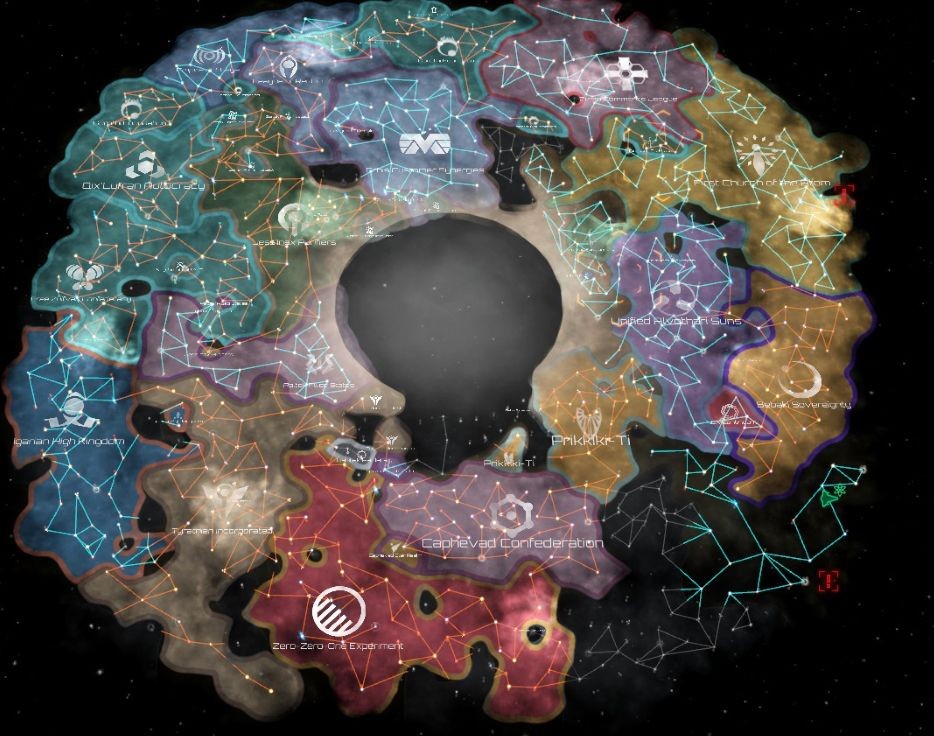 The Metaverse Derisks Humanity from Nation-States

Money is a form of communication that reflects one's values and personal tastes. Money has been controlled and manipulated over the centuries by governments. This has had the effect of distorting, crippling, or abolishing freedoms. As part of this control, central banks are designed to inflate away fiat over time which boosts populism, thus the bottom 90% of the population's buying power erodes under their nose. Case in point, the cost of education and health care has skyrocketed relative to wages.

What was once known as capitalism has thus been horribly tainted as a consequence. Inevitably, whatever the world's reserve currency is at any given time over the centuries always gets replaced by a new reserve currency with the catalyst for change being war or revolution. And the cycle of bust to boom to bust repeats. Ray Dalio of Bridgewater did an excellent analysis of this with some of his results borrowed from others.

As the metaverse evolves spurring numerous technologies such as DAOs, it creates far more fair platforms for all. In the metaverse, ideas live or die by the amount of value they create whether economically or whether it be as a form of entertainment. Without middlemen sucking life from utility, each participant or contributor gets a larger share of the platform at far greater efficiencies.

Central banks are such middlemen. They have painted themselves into a tight corner such that the U.S. Federal Reserve must now walk the tight rope on whether to further expand their balance sheet via QE to save the struggling economy or start tapering to address rising inflation. Either would likely have negative economic consequences in a stagflationary environment. If history is any guide, the Fed is likely to choose the path of delayed tapering to avoid taper tantrums. Indeed, when debt gets this excessive, central banks have always chosen the path of further fiat debasement. This can continue for longer than expected until the Era of QE collapses brought on by major fiat currencies hyperinflating. One day an auction will fail and the receding tide will expose those naked who can’t cover themselves. Bitcoin is sound insurance against falling fiat which, in a hyperstagflationary environment, as opposed to a simpler 1970s style stagflationary environment, will be revalued at some point much as in 1934 when FDR revalued the U.S. dollar against the price of gold which had been $20.67 per ounce for 100 years, to $35 per ounce. This was effectively a historic jump in taxes.

I have suggested the Era of QE ushers in the Era of Crypto and the Era of The Metaverse which are interlinked. Just as with the decentralized internet, the metaverse isn’t a 3-D world owned by some corporation. It’s a permissionless, decentralized network which interconnects all user-owned and cryptographically-secured digital identities, reputations, wallets, communities, spaces, and objects. And it’s bootstrapping right now.

Past and present governments , ie, nation-states, presiding over their respective countries have sovereignty over a geographic area. The Era of Crypto & The Metaverse transform existing governments by bringing meta layers above physical borders as the age of nation-states could be nearing an end. Physical space, also called "Meat-space", is becoming less dominant. Meat-space is each individual as they exist in space-time. The metaverse is each individual's meme propagating through electronic networks. The metaverse creates efficiencies, growth, and cost reductions orders of magnitude above and beyond that of physical space.

Blockchain to the Rescue

In the final analysis, blockchain technology, whether it be the upending of legacy banking, or the expression of private ownership via NFTs, or DAOs which by definition remain largely outside the control of governments (eg: p2p file sharing since 1995), stands the best chance at derisking us all from authoritarian control.

Crises induce fear. Governments never let a good crisis go to waste. Govt controlled mainstream media stoke the fear. Witch hunt crimes over the years underscore this point from McCarthyism (Red Scare) to marijuana to "The War on Drugs" to rights crippling anti-sex laws which should be called "The War on Sex". Such issues become weaponized by governments as fear has always been the best way to control populations which enable the passage of additional laws which further curtail personal freedoms.

COVID has been one of the many such weapons. The affront to personal liberties from COVID alone is staggering. The number of fatalities from second and third order effects from the loss of jobs, loss of livelihoods, loss of health from lockdowns, stress, depression, suicides, and family violence tower over the number of actual COVID deaths. Young kids under the age of 12 are now contracting viruses they never contracted in the past due to nearly 2 years of masking and lockdowns. The same demographic has tested lower in social scores due to being kept at home away from the needed student peer interaction.

The last several centuries spawned over a dozen pandemics with fatality rates far greater than COVID, typically wiping out between 2-8% of the world's population. The onset of each pandemic was by far the worst, whether or not they came in one or more waves such as the Spanish Flu. Once herd immunity set in, pandemic levels were never seen again. Why? Because the human immune system learns. COVID is no different. We will reach herd immunity whether one contracts COVID or gets a vaccination. This will make vaccine passports and the excessive lockdowns nonsensical.

Distorted money is distorted freedom. Big government Keynesians often swamped with leftist thinking fail to see this point. They often confuse equal rights with equal outcome and equal income. When a government forces the latter two, you end up in violence and war as Naval Ravikant said some years ago. Money affords the execution of speech via action; money reflects human value and value hierarchies. Distorting this communication results in populism-induced, pathological plutocracies or even dictatorships.

Blockchain is the antidote. The metaverse stands at the ready.