Market Lab Report - To All Earthlings 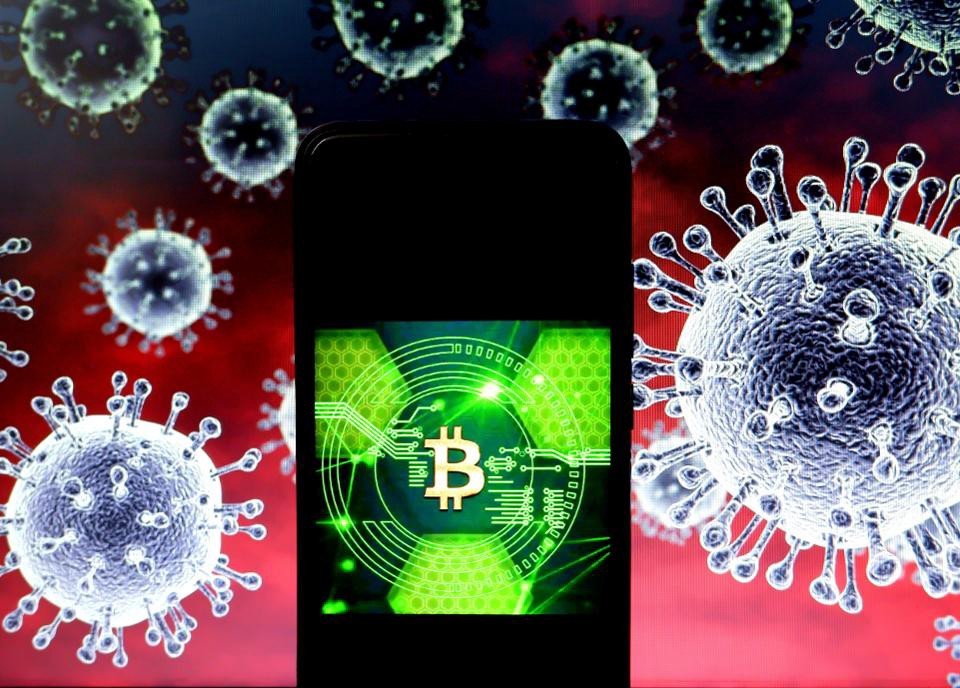 To all Earthlings, thank you for participating in the beta test for AI systems and facial recognition. We can tell on whom the propaganda works, and on whom it doesn’t.

George Orwell’s doublespeak is alive and well when it comes to the coronavirus:

=It’s not a quarantine, it’s a house arrest.

=It’s not safer at home when people need fresh air instead of breathing in their own bodily waste.

=Social distancing is not social at all but forced isolation.

=It’s not for the greater good when you ruin people’s livelihoods and lives from the economic lockdown.

(I make some other points HERE.)

Last year 1.5 mil people died of tuberculosis. Why weren’t masks worn then? There was no tuberculosis pandemic.

If you violate the stay-at-home order, you’ll get arrested. But we will let convicted criminals out of prison so they don't get coronavirus.

In a typical year, around 60 mil people in total die from various causes.

If the virus is so deadly, why hasn’t it wiped out the homeless who don't social distance or wash themselves regularly?

We shut down millions of small businesses but won't lay off any government employees.

Yes, it's clearly a tragedy when someone develops irreversible symptoms or dies from COVID. But isn't a death from the flu or any of the many other illnesses equally tragic? As Ray Kurzweil and others have said, the cost/benefit of COVID has been replaced with the concept that "one death is too many."

The corona lockdown economically touches everyone so governments must provide incentives to companies to keep them going. Global QE asset purchases are estimated to reach $6 trillion in 2020. According to Robert Sierra, Director of Fitch's Economics Team, "Six trillion dollars is a staggering amount that is equal to more than half the cumulative global QE total seen over 2009 to 2018."

In 2008, the government took leverage off its balance sheet. For many years, we would have had a negative GDP if the government did not issue record levels of debt, plunging the planet into the lowest rates of interest in 5000 years and the highest levels of debt. The sovereign debt bubble is alive and well. Most of the printed money was not put towards R&D which would have added value, but instead, artificially used to prop up bond and stock prices, further enriching the well off. Populism, the difference between the haves and have nots, has never been greater. Expect levels of social unrest to accelerate.

Meanwhile, bitcoin’s killer app is the ability to borderlessly transact value, out of the hands of governments. This is why $1 invested in bitcoin in 2009 is worth nearly $10,000,000 today. Nothing in the history of speculation even comes close. Bitcoin is a statement against The State.

I have received questions on the fragile state of privacy in the U.S. Well, privacy is an illusion. It was killed many years ago. Ed Snowden was the first to blow the whistle on what became known as Stellarwind where American's phones were illegally wire tapped. At a congressional hearing, Wyden asked top NSA official Clapper was asked in Congress if illegal wire tapping on Americans existed. Clapper lied and said no. Wyden knew this was a lie. Yet both agreed to this ruse over the American public in the name of national security. This has often been the case. Use the excuse of national security to justify any action.

If we fast forward to today, a bill was introduced last Tuesday that would weaken the lawful use of encryption so law enforcement officials could gain access to devices and communication services with a warrant.

The tech industry has fought to maintain the integrity of encryption, which prevents even the companies that make the devices or platforms from being able to access their contents.

Encrypted services only let the sender and recipient see messages. Law enforcement officials have insisted that they must have some way to access encrypted platforms and devices when investigating crimes. But industry leaders have warned that any system requiring a “backdoor” to encryption would undermine the privacy protections altogether.

The Lawful Access to Encrypted Data Act would require tech companies to assist law enforcement to access their encrypted devices and services when officials obtain a court-issued warrant based on probable cause that a crime has occurred.

Something similar has occurred in the U.K. though further discussion is beyond the scope of this website. Suffice to say stocks dealing with security issues have been doing well. Even if a bill were passed against personal privacy, cybersecurity companies still provide valuable services that underscore the need to protect an individual's or a company's privacy against intruders.

Stock Market
Markets had a high volume reversal on news that California would be reinstating certain lockdown measures. Normally, such a reversal would be an end to a rally, but in this Era of Infinite QE, the markets may have already found a shallow floor before heading higher once again.

Stocks in the cybersecurity sector include CRWD which creates software for security solutions. It offers a platform for endpoint security, which protects the devices themselves that hook up to networks. Estimates vary, but some analyst expectations are for the number of connected devices to increase by several billion over the next decade. IoT is growing exponentially. CRWD has pulled back almost to its 10-week line after a furious straight-up-from-bottom advance off its lows in March. Watch for a possible undercut & rally relative to lows made on June 29 or possible low volume dry-up action in the coming days.
FTNT which develops unified threat management systems to provide security and networking functions will have an undercut & rally if it rises above a prior low of 126.88 made on June 15.
ZS provides secure web gateways. Management has indicated it will keep its foot on the gas and maximize growth as the cloud continues to expand. Estimates vary as to how big the cloud market will get in the next few years, but the consensus is for hundreds of billions of dollars spent every year. It pulled back to its 20-dema.
OKTA specializes in identity management where an organization's data and apps are only accessible to those on a need-to-know basis. Global Market Insights is calling for identity management to grow an average of 17% a year through 2024 into one of the largest subdisciplines within cybersecurity. OKTA recently pulled back to its 10-week line.
Like what you read?
Let us help you make sense of these markets by signing up for our free Market Lab Reports:
This information is provided by MoKa Investors, LLC DBA Virtue of Selfish Investing (VoSI) is issued solely for informational purposes and does not constitute an offer to sell or a solicitation of an offer to buy securities. Information contained herein is based on sources which we believe to be reliable but is not guaranteed by us as being accurate and does not purport to be a complete statement or summary of available data. VoSI reports are intended to alert VoSI members to technical developments in certain securities that may or may not be actionable, only, and are not intended as recommendations. Past performance is not a guarantee, nor is it necessarily indicative, of future results. Opinions expressed herein are statements of our judgment as of the publication date and are subject to change without notice. Entities including but not limited to VoSI, its members, officers, directors, employees, customers, agents, and affiliates may have a position, long or short, in the securities referred to herein, and/or other related securities, and may increase or decrease such position or take a contra position. Additional information is available upon written request. This publication is for clients of Virtue of Selfish Investing. Reproduction without written permission is strictly prohibited and will be prosecuted to the full extent of the law. ©2022 MoKa Investors, LLC DBA Virtue of Selfish Investing. All rights reserved.
FOR OUR FREE MARKET LAB REPORT :