Market Lab Report - We At Defcon 1 Yet? Pandemic Pandemonium: The Planet's Gone PandeMENTAL 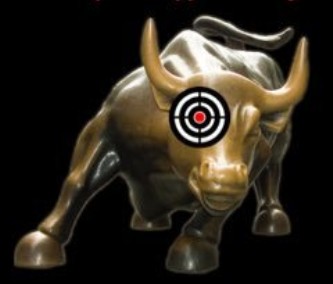 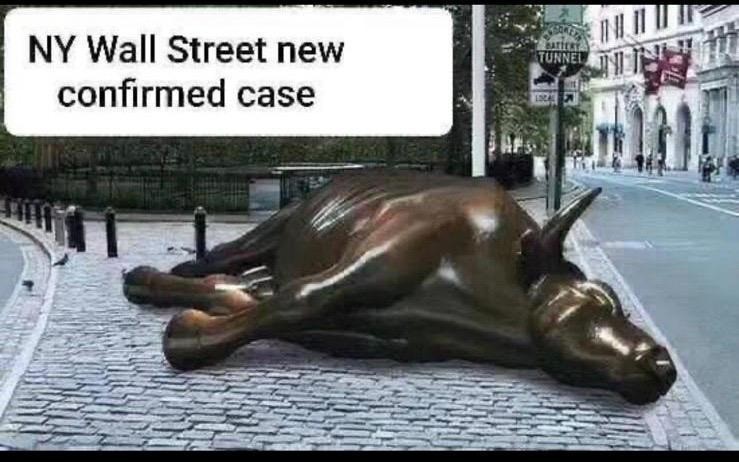 Monday was one for the record books as oil prices crashed over 30% in its worst one-day drop in nearly 30 years. Saudi Arabia is abandoning its long-standing policy of holding crude back from the market in an effort to win back market share. European markets gapped over 8% lower for their worst daily loss since 2009. The Dow Industrials traded down 1884 points 10 minutes after the open. The 30 year U.S. Treasury bond also broke below 1% for the first time in history while the 10-year Treasury collapsed by 1/3 of its value:

Meanwhile, Italy quarantined the entire country, shutting down all but essential business activity guaranteeing a huge hit to the eurozone economy. Since then, a number of major cities and states have followed suit. It is unlikely a "one size fits all" vaccine will be created despite a number of research laboratories and universities working on a solution because corona is a single strand RNA virus making it prone to mutation. “Flu and coronavirus season” may become the new norm. Mainstream media will pounce on the virus not being containable while undermining the fact that its mortality rate in South Korea who acted quickly is around 0.6% or 10 times as deadly as the flu. Still, at this rate, COVID-19 case fatality rate (CFR) is below that of other viruses such as SARS at 10% and MERS at 34%, though SARS only infected 8000 people and MERS 2519 which suggests COVID-19 is far more infectious. Meanwhile, the number of infections and deaths will climb exponentially before leveling off, adding to the overall fear mongering. Shock sells and also causes market selloffs as markets price in the monumental damage being done to the global economy from supply chain disruptions and quarantines.

The Chinese Center for Disease Control stated that the coronavirus is airborne spread by aerosol rather than just being spread by droplets. Aerosol means transmission is by smaller particles of virus over vast distances. Just one infected person on the Diamond Princess cruise ship ended up infecting over 700 fellow passengers. The virus probably was spread through the ship's  ventilation system. Furthermore, the Chinese have been spraying disinfectant into the air in Wuhan in attempts to kill airborne virus particles. So the rate of transmission may accelerate in countries that dont act as quickly as South Korea. The U.S. and U.K. have been slower to act until recently so the number of cases and CFR could be far greater before leveling off. The Chinese tend to err on the side of information suppression when it comes to bad news about the number of cases and fatalities, so their report which carries bad news is probably somewhat accurate. UCLA and Princeton University underscored China's CDC report saying the virus can remain airborne thus infectious for up to 3 hours.

Continuing the week, on Tuesday, President Trump pitched a 0% payroll tax rate for the rest of the year. On Wednesday, the World Health Organization officially declared the coronavirus a pandemic. The head of the organization told reporters, "We expect to see the number of cases, the number of deaths and the number of affected countries climb even higher. WHO has been assessing this outbreak around the clock. And we're deeply concerned. Most by the alarming levels of spread and severity. And by the alarming levels of inaction."

Also on Wednesday, the major U.S. stock market averages entered bear market territory defined as a correction beyond -20%. A massive bear market in the U.S. would put a serious dent in the odds of the incumbent republican president being reelected in the U.S. Nothing could please the leftist-driven mainstream media more.

On Thursday, the FTSE 100 had its worst single-day percentage drop in history, down -10.9% on concerns the global economy will seize up. In 1987 for the sake of comparison, it plunged -10.8% on Black Monday. The ECB's decision not to cut rates by 0.1% added to the selling pressure, though it unveiled other measures designed to stimulate lending.

Then on Thursday, circuit breakers were tripped again after the market found Trump's speech given late Wednesday unsettling as he announced no new measures to improve the speed and breadth of testing across the country. While he imposed a 30-day ban on arrivals of people from Europe, deferred this year's April 15 tax deadline, and authorized $50 billion on loans to small- and medium-sized companies, his claim that insurance companies would waive all copayments for treatments was denied by the industry association. Meanwhile, the National Basketball Association said it would suspend its season.

But in this parade of pandemic proportions, the Fed then announced it would increase the size of its repurchasing operations on Thursday in order to address the "highly unusual" disruptions in Treasurys markets. The NY Fed announced plans Thursday to inject vast amounts of money into the financial system, totaling at least $1.5 trillion. The New York Fed added it would conduct one-month and three-month operations for $500 billion every week for the remainder of the month. This is on top of at least $175 billion in daily overnight repo operations. The Fed's interventions comes as market participants have worried about the difficult of trading Treasurys in the last few days. The announcement got the markets to finally stage a rally off lows but markets then rolled back over.

Finally, on Friday, half an hour from the close, markets soared on another speech Trump gave on Friday starting about an hour before the market close. Trump declared a national emergency over the coronavirus pandemic then announced progress on coronavirus testing as well as up to $50 billion to be provided to states and communities. He also said there would be a reprieve for people paying back federal student loans.

It's a tug-o-war between:

=Super easy money, financial incentives, the low price of oil, and lower taxes
vs.
=Quarantines, corona containment, and damage to the global economy.

In times of panic, markets do not care about support levels or moving averages. Our 620 tool when used properly can form part of one’s trading strategy and has been hugely useful in these volatile times for two main types of traders: 1) Swing/day traders: 620 gets you into and out of your position boosting your odds of making quick profits as traders can capitalize on the excessive volatility, 2) Position (longer term) traders: 620 gets you out of any position earlier than waiting for a violation in a moving average. If one waited, one could still exit their positions after the failed market bounce confirmed on March 5 when the Market Direction Model went to a sell signal.

Markets are now pricing in nearly an 67% chance of a 100bp rate cut and a 33% chance of a 75 bp rate cut when the Fed meets on March 18. A 100bp cut would bring the target rate down to 0-25 bps. The Bank of England held an emergency meeting Tuesday where they cut its key rate by 50bp to 0.25%. The Bank also said it will offer a new term funding scheme with additional incentives for small and medium-sized companies where over 100 billion pounds could be allocated. The UK's GDP was flat in the rolling three month-period, compared to 0.1% growth in December. GDP was also flat on a month-to-month basis in January, missing forecasts for growth of around 0.2%. Total production output decreased 1.0% in the three-month period, the ninth consecutive three-month fall in output and the longest run of consecutive periods of weakness since an 11-period run starting in September 2011. The chief UK economist at Pantheon Macroeconomics, said: "January’s GDP data are weak enough to suggest that the MPC probably would have cut interest rates anyway later this month, had the coronavirus never spread to Britain."

Ultimately, the virus will burn itself out especially with warmer weather on the way in the northern hemisphere but the world's reaction will end up excessively damaging the global economy due to severe quarantines and supply chain disruptions, costing jobs, livelihoods, and, as a result, can spur second order health consequences unrelated to the virus. The silent epidemic known as stress is a killer. While recessions can induce bear markets, bear markets can also induce recessions as they wreck investment psychology thus put investors into a highly conservative and cautious mindset. Studies have shown the effects of typical recessions tend to last for several years after the recession has ended due to the deleterious second and third order effects of lost jobs, diminished portfolios, retraining, bankruptcies, and withering savings.

Nobel-prize winning economist Robert Shiller warned the market meltdown is far from over. According to Shiller, stocks and the economy are extremely vulnerable right now because coronavirus panic has not peaked yet. Shiller spoke of how the disease is contagious even before it shows obvious symptoms, so it’s going to be harder to quarantine people in this epidemic. He said in a recent interview, “What we have now is really two epidemics. We have an epidemic of the coronavirus, but we also have an epidemic of fear based around a narrative that is not necessarily keeping up with scientific reality. And, this narrative has been quite striking. It’s a dangerous time for the stock market. It’s highly likely now that we’ll have a recession. It’s already disrupting business. It’s already causing people to pull back. We’re not going to see creative new investments blossom in this environment."

Indeed, on Thursday, stocks, bitcoin and other cryptocurrencies, and even gold all were trading substantially lower. But the low price of oil and record low interest rates are hugely stimulative to businesses as well as moves being made to reduce taxes and increase incentives for individuals and businesses. Major averages in the U.S. could therefore find major lows sooner than later since markets are forward looking.