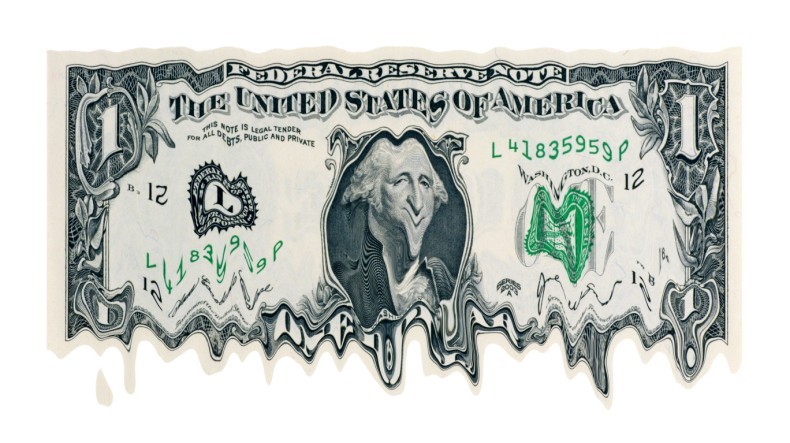 With QEInfinity in full force, some of the smaller countries such as Turkey are feeling substantially greater pain as a consequence. As one of several examples that are unfolding, the U.S. dollar recently surged against the Turkish lira because the central bank governor was removed by the president of Turkey for refusing to lower rates even further. The annual inflation rate in Turkey stands at more than 15%, so a reduction in rates would only stoke more inflation which would send their economy spiraling. Other countries are also facing massive levels of debt as their respective currencies depreciate, but the song remains the same. Rates continue to move lower, and even more negative as in the case of Germany and Japan among others. Countries that refuse to lower rates in step with the other central banks will suffer different economic consequences. Many are caught between the proverbial rock and hard place.

So when those who lack vision and depth such as Nouriel Roubini say Venezuela is a one-off exception, they clearly lack not only a grasp of history but are also not understanding the transformation that is taking place. Indeed, the millions of families in Venezuela as well as Argentina, Brazil, Turkey, Sudan, and South Africa who have embraced and utilized bitcoin to rescue or at least stabilize their life savings are a consequence of where the world stands economically. As the contagion spreads, this can only serve to further prop alt-currencies such as bitcoin and gold.

Of the 23% that remain in circulation, all have lost most of their value when measured against gold. The British pound today is worth about 0.5% of its original value while the U.S. dollar has lost about 97.5% of its value since 1971 when it was taken off of the gold standard when it was 1/35th an ounce of gold.

Other choice statements and predictions from Roubini:

=Roubini is known as Dr. Doom for predicting the recession in 2008. But he also predicted a recession in 2004, 2005, 2006, and 2007. He was simply wrong four years in a row. Eventually, in 2008, his prediction and desired outcome finally came true. Even a stopped clock tells the right time twice a day. The economist Anirvan Banerji has suggested Roubini is the boy who cried wolf. I could not agree more.

=Next in 2009 after the financial collapse, Roubini went on to say that stocks were engaging in a sucker's rally and maintained this position despite one of the longest bull markets on record that began in early 2009. In fact, the NASDAQ Composite and S&P 500 had near-record returns in 2009, both up in the high double digit percentages.

=Leading commodity investor Jim Rogers was "flabbergasted" by Roubini's declaration in 2010 of a broader commodities bubble that was about to burst, observing that "for Mr. Roubini to talk about a bubble in commodities defies comprehension. It proves he does not understand markets." If so, it seems likely that Mr. Roubini is too ensconced in his Ivory Tower.

=His lack of understanding, however, has been evident much earlier. At a Senate Hearing in 1991 at the dawn of the mobile phone industry, Roubini is recorded as saying: "Dear Mr. Chairman and ranking members of the committee. Thank you for being smart enough to ask me to testify on these stupid new things called “cellular phones.” My name is Nouriel Roubini. I am a world renowned professor of economics and one of the few people to predict the 1987 stock market crash."

In consequence, I won't belabor Roubini's remarks on blockchain which he calls useless technology, as all his previous predictions should have been taken with such a large amount of salt. I wish him well as he is a charming chap and I’m sure he owns a rather smart mobile phone.

Bankers had raped society so bitcoin was created as the answer to the financial collapse of 2008. Satoshi Nakamoto created Bitcoin with a more distributed power structure that would make it impossible for a single individual or small group of individuals to act unilaterally making the central banking model an eventual memory. Bailouts would be a thing of the past. Bankers essentially take huge risks where they privatize the gains and socialize the losses. So when they fail, they basically get bailed out by the taxpayers which gives capitalism a bad name.

It’s interesting but not surprising how the left has dominated big tech as well as top universities in both the west and east coast. The left means well but the road to hell is paved with good intentions.

Capitalism is about free markets and free exchange, both which are intrinsic to humans. The essence of cooperation has been pushed aside by competition. While both have their place, decentralized technologies will enable far greater levels of cooperation than ever before possible. Cooperation is built into the human species from when the first person started a fire and somebody came along with a deer and said, “Hey, if I cook my deer on your fire, I’ll share some of it with you.” This has led to the specialization of labor and trade.

Different people make different choices so the outcomes are different. If you don’t let people suffer the consequences of bad choices or reap the rewards from good choices, then you are forcibly redistributing which results in violence. There are no working socialist (leftist) examples that exist without violence. At the most basic level, you basically need enforcement to show up with a gun and say, “Okay, you’re not allowed to do that. You hand this over to that person.” Legal repercussions whether at the cost of one's finances or personal freedoms are a strong motivator.

Here are a few of the growing number of examples of platforms built around decentralized cooperation. The concept "None of us are as smart as all of us" shines bright:

=Peer-to-peer file sharing, much of it illegal, has been around since the days of Napster in the 1990s. The courts in the U.S. are powerless to stem the tide as for every Pirates Bay that is shut down, ten new ones come to life. Fairly priced platforms such as iTunes and Netflix have reduced piracy considerably since such platforms offer greater convenience and ease of use well ahead of p2p file sharing platforms.

=Amazon Studios utilizes the power of many minds to formulate scripts. Prestigious awards such as numerous BAFTAs have been the result.

=The cutting edge company rLoop won Elon Musk's engineering competition by utilizing the brainpower of engineers spread out around the planet. They were not even paid though future decentralized engineering platforms will include appropriate compensation.

=Wikipedia which was criticized at first has demonstrated that even when people work for free to create and curate various entries, the result is far more timely, efficient, and equal in accuracy when compared to the centralized group at the esteemed Encyclopedia Britannica. Another study found both Wikipedia and Britannica contained a similar number of errors across a broad spectrum of articles.

The reality is everybody can be wealthy. It’s not a zero sum game but a positive sum game. You create something brand new, you exchange it with me for something brand new I’ve created, and there’s higher utility for both of us. The sum of the value created is positive. Decentralized platforms create even greater efficiencies at lower cost. This is opposite of status and titles where you’re higher up, I’m lower down; you’re, president, I must be vice president; you’re a plus one, I’m a minus one, cancelling to zero. As Ayn Rand once wrote, the looters are ruining capitalism’s good name, but then you get socialists coming in and saying, “Burn the whole system down.” This is why the world has moved toward the left as it sounds good in principle to punish the crony capitalists while creating equality for all. But income equality has only led to force through violence as I've mentioned. Equal opportunity and equal rights are the keys, not equal income, since a broad spectrum of talents, strengths, and weaknesses exist between human beings, and people make different choices. Both leftist and crony capitalist intentions lead to catastrophic results. Capitalism in its originally intended form works best in terms of providing equal rights and opportunities.

As the number of people in a group, city, state, or nation grow, you have a broader spectrum of talents, interests, and outcomes, but there is also less trust and more cheating. Blockchain through bitcoin and other emerging platforms has created the decentralized, trustless model where third party intermediaries are made redundant. Meanwhile, smart contracts that provide economic incentives within their respective platform will survive and thrive with rigorous precision as such companies that are built on such contracts will be recognized at providing value. Just as with voting in the U.S. where the sitting President always gets reelected provided the economy is doing well, people vote with their pocketbooks whether its politics, economics, or commerce.