Current Focus List
There are currently no names on the Focus List
The VoSI Focus List is a compilation and reference list of stocks for which Pocket Pivot or Buyable Gap-Up Reports have been issued and which have been deemed suitable for inclusion on the Focus List. Not all stocks for which a Pocket Pivot or Buyable Gap-Up report has been issued will necessarily be added to the list. It is not intended as a "buy list" or a list of immediately actionable recommendations. Stocks on the list may or may not be in proper buy positions, and investors should exercise discretion and proper judgement in determining when and where stocks on the Focus List can be purchased. The following notes are intended to assist in this process. Please note that members can enlarge the Focus List image by clicking on the body of the email and then holding the Control Key while pressing the "+" key until it is large enough to read.
General Observations:
Major market indexes are all testing their late-October  lows. On Tuesday, the NASDAQ Composite Index undercut those October lows and rallied just above them, but rolled over again to test those lows on Friday. The market is in a critical position, where the current test of the October lows remains unresolved. While the double-bottom type of action could cause a reaction rally from here, the other possibility is a breach of the lows that extends a new leg to the downside in an ongoing correction off the October top. 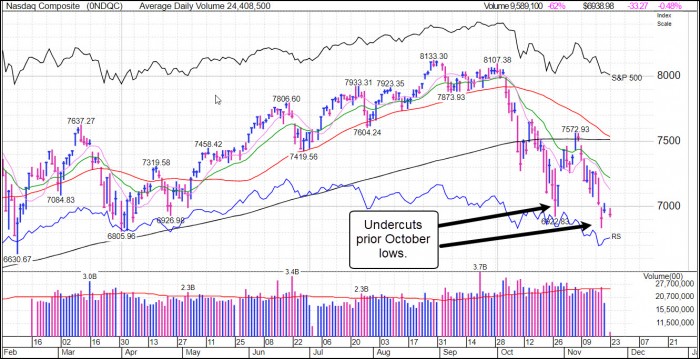 The Market Direction Model (MDM) remains on a buy signal, despite the steep drop from the highs of over two weeks ago when the signal was initiated on the same day while the market was still trading as a technical follow-through day. As members know, such days can easily fail if not taken in proper context, thus by themselves alone are not a valid metric. That said, taken with other factors, MDM issued a buy signal. The next day, as what appeared to be a logical confirmation, we sent reports on a number of names that looked worth mentioning as they adhered to our vetting process. Nevertheless, we abstained from adding any names to the Focus List which remained empty, a first since we started the Focus List some years ago. The market rolled then over the next day. In addition. the buy signal of the MDM was sent with the caveat that during elevated levels of volatility, such signals carry greater risk as the model will relax its selling point to avoid getting whipsawed, thus members should position size smaller or keep their own sell stops in place that are in line with their personal risk tolerance levels.

That said, the current signal represents a rare situation in this QE-driven market of straight-down-from-top action. This suggests the tone of the market has changed as rising bond yields have bled money from stocks. In addition, the question remains whether Trump’s pro-business policies are enough to keep the U.S. market from a major correction that hasn’t been seen since 2008, ie, materially greater than -20%.

Ray Dalio has suggested a major currency devaluation within the next two years due to the levels of debt, but he forgets that debt was far worse in World War II as shown below: 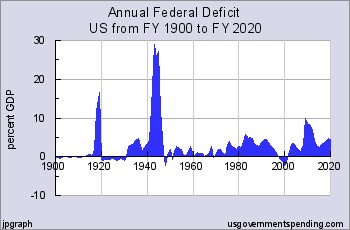 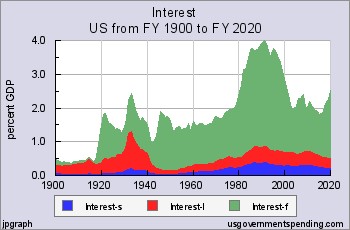 ·       In both cases, the financial crisis caused interest rates to go to zero, forcing central banks to print money to buy financial assets. The resulting asset market rallies drastically increased wealth disparity between rich and poor. [My comment: The reaction by politicians triggered rate hikes, plus the wealth disparity is less an issue because a rising tide lifts all boats, thus people across the board are better off given manufacturing data, GDP vs unemployment, and small-business optimism, the lifeblood of growing economies.]

·       Political polarization between left and right occurred globally, and populist/progressive movements popped up everywhere. In the 1930s, populism led to nationalist dictatorships in Italy, Spain and Germany. [My comment: It started in the 1920s. While there is must unrest due to the perceived notion of elevated levels of corruption in governments, the levels of expectation among the masses have also risen. Populism by itself is not the issue but the leftist progressive thinking which leads to socialism, fascism, and a lower tide for all is the issue. Trump's deregulatory, pro-business policies (ie less govt, lower taxes) are countering this trend.]

·       Japan was the China of the 1930s, a rising global economic power. The global response were trade restrictions and eventually an oil embargo. [My comment: Trump is a tough negotiator. He hopefully knows how hard to push things to get what he wants for the U.S.]

·       In 1937, the Fed began tightening monetary policy – U.S. unemployment jumped from to 19 per cent and manufacturing fell by 37 per cent from peak. The Dow Jones Industrial Average cratered -50.2% per cent. [My comment: the situation today is different from 1937. 1937 did not have strong pro-business policies in place as we have today. Instead, we had a socialist government in place which hamstrung many businesses which led to the massive correction in the Dow as higher rates were crippling under such an administration.]

So the question at hand is whether Trump's policies are too little too late, or whether they will help the U.S. continue its path of growth while QE continues to flow and push U.S. stocks higher as it has since 2009. Some have argued that technology has helped achieved greater efficiencies which, together with Trump's policies, can help achieve a soft landing when taken together with all the QE still flowing in the system. Indeed, post-World War II, the U.S. was able to reduce its materially record levels of debt by growing its economy.

Nevertheless, 2018 has been a largely trendless year with QE-distorted conditions. Up until October, each time stocks looked like they were about to blow apart, the market found a shallow floor. But since October, the tone of the market has changed. Utilizing various metrics such as the failure of stocks to follow through or on how fast the MDM's recent buy signal has unravelled are important clues as to the inherent weakness in the market. So rather than try to predict the future of QE, interest rates, GDP, and such, it is always important to keep stops tight in line with one's personal risk tolerance levels while always looking for possible opportunities to go long or short (or stay in cash) depending on what key stocks and the general market offers. Wyckoff undercut & rally patterns have offered the most profitability in this year's choppy market while volume dry-up patterns have also kept risk to a minimum.
But more recently, constructive action has been met by a lack of follow-through, or worse, as the example of Dexcom (DXCM) shows below, the stock posted a pocket pivot at its 50-dma two Fridays ago, but that constructive action was followed by an immediate breach of the 50-dma on very heavy selling volume. In this case, using the 50-dma as a tight selling guide would have avoided disaster. Extreme volatility with extreme price velocity seems to be the norm for this market, but it does create a market highly suited to short-term swing-traders rather than intermediate-trend-seeking investors. Caution is advised. 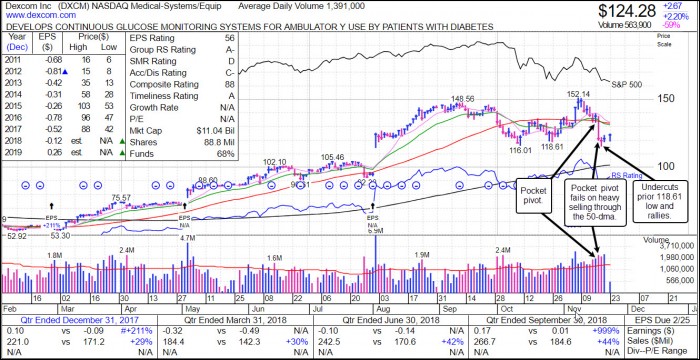 Meanwhile, big-stock leaders of every stripe, but most particularly in the tech and growth sectors, have remained under severe selling pressure. Even big-stock NASDAQ juggernaut Apple (AAPL) has been transformed into a proverbial hot potato that sellers can't get rid of fast enough as it extends further below its 200-dma. Other big-stock NASDAQ leaders such as Netflix (NFLX), Nvidia (NVDA), Salesforce.com (CRM) and Alphabet (GOOG), among many others, have also suffered steady selling over the past several weeks in a picture of mass carnage. Whether all of this deeply oversold action in leading stocks leads to some kind of sharp reflex rally as oversold simply becomes even more oversold remains an unanswered question. Meanwhile, this market remains something of a falling knife, and we see no reason to participate on the long side until more concrete evidence of a turn is at hand. 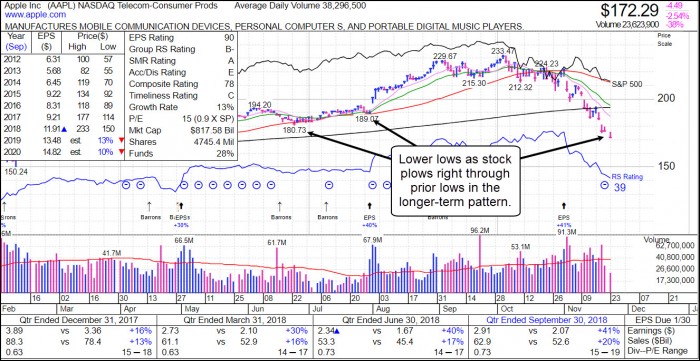