The Dow Jones Industrials Index again triggered a double-top breakdown and short-sale entry signal on Monday when it reversed back below the mid-August peak at 34,281.36 and has since moved lower as it now trades below the 20-day exponential moving average. Friday's Producer Price Index report release showed a hot 0.4% inflation month-over-month inflation gain vs. expectations of 0.2%. The market initially reacted negatively but then turned back to the upside. That intraday rally lasted until just before mid-day before the indexes and a broad number of stocks began to roll over, many at moving average or price resistance. 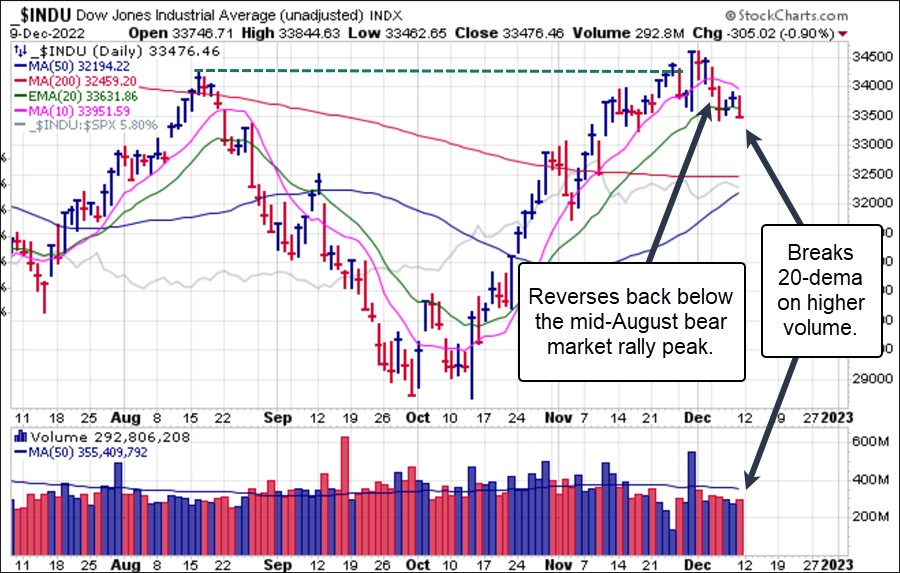 While the NASDAQ Composite Index lags badly and remains barely off the October lows, the S&P 500 Index has again run into solid resistance at its 200-day moving average which shows up at the 40-week moving average on the weekly chart, below. The S&P also remains below a well-defined declining tops trend line. 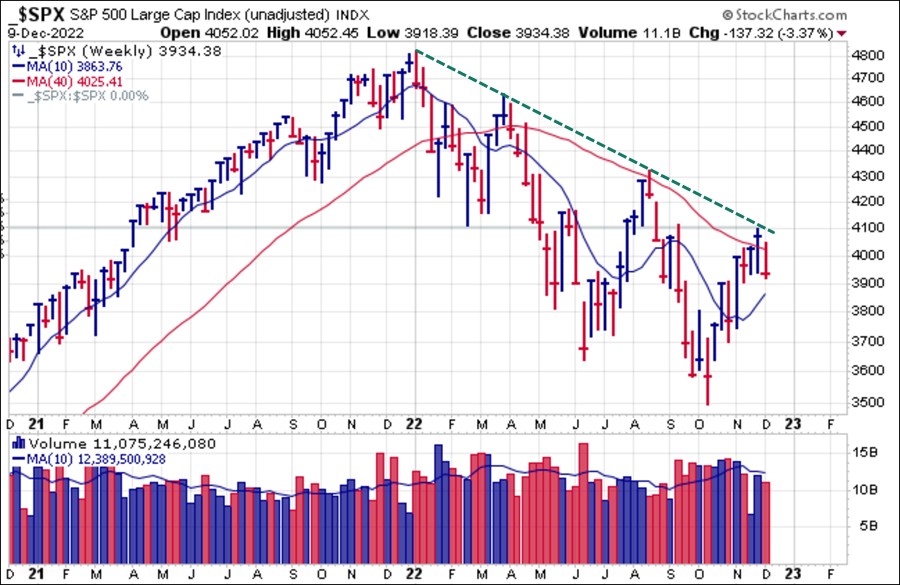 We have favored precious metals as vehicles for riding any Fed pivot rallies, even if only bear market rallies as we believe the current really is likely to be. Both gold and silver ended the week to the upside despite the sell-off in stocks, with silver leading the way. The Sprott Physical Silver Trust (PSLV) was up strongly on Friday on heavy buying volume but remains extended. We first reported on the PSLV when it posted U&Rs along the October lows and then again when it posted a moving average undercut & rally (MAU&R) at the 50-day line at the end of October. 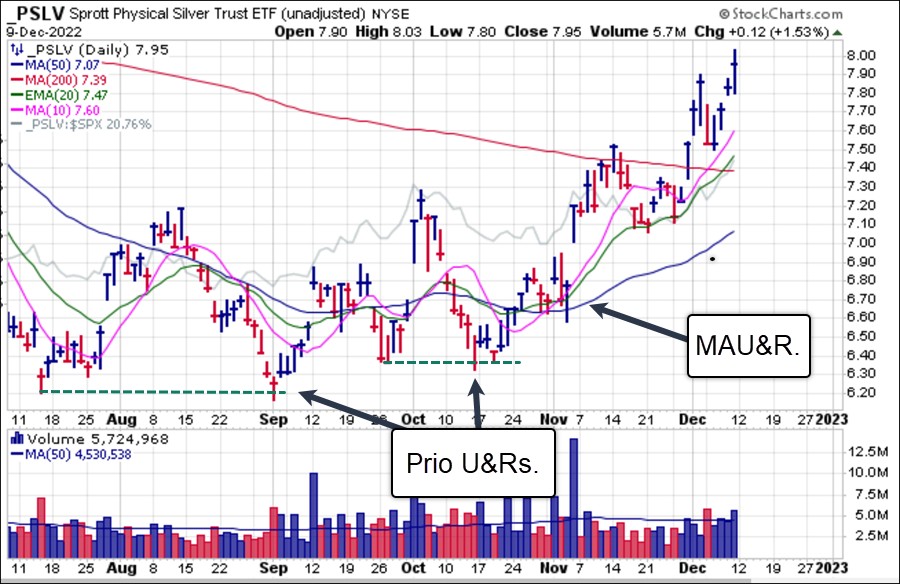 While silver makes higher highs, gold lags as the Sprott Physical Gold Trust (PHYS) pushes up into a small double-top type of formation on wedging volume. As we prefer to buy the metals on weakness using the various U&R set-ups off the lows to minimize risk, these remain extended on the upside. For now we sit back and wait for the next set-ups to develop. 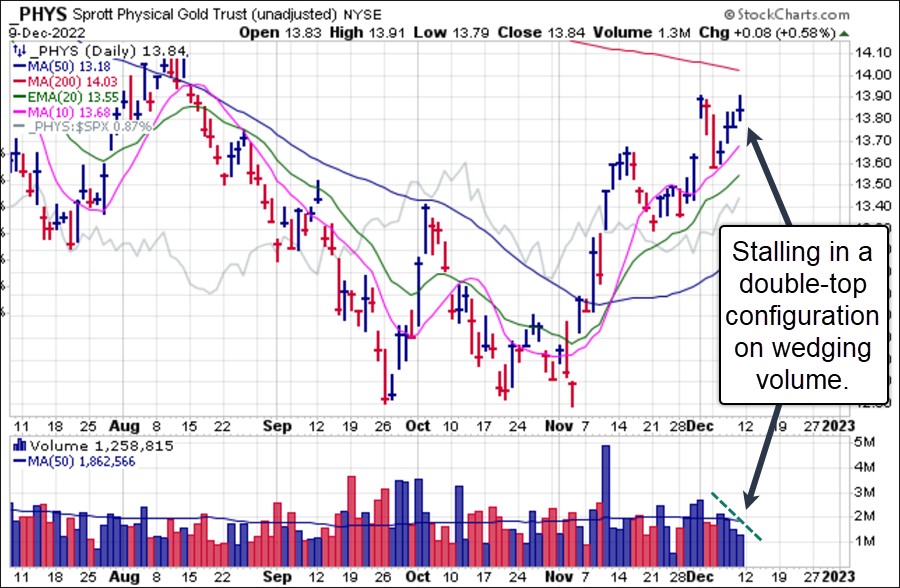 The slippery slope that characterized Friday's market action as the indexes initially appeared to recover from an early sell-off following the PPI number is seen in the action of two names we reported on early in the day on Friday. At the time, aluminum producer Alcoa (AA) was attempting to pull off a U&R move through the 45.57 low of two weeks ago but eventually rolled over and failed after clearing the $46 level. Meanwhile, silver miner First Majestic Silver (AG) was working on a potential pocket pivot as it pushed back up through the 200-daym moving average. That pocket pivot failed, however, as the stock reversed back below the 200-dma and in fact triggered a short-sale entry at the line before closing lower. Nascent set-ups that fail abruptly are the sign of a weak market.

Friday's action was weak not only from the standpoint of a failed rally attempt that gave way as we approached the mid-point of the regular trading session, but also in the way that the sell-off accelerated sharply in the last 30 minutes of the trading day and into the closing bell. This is bearish action ahead of what will be another critical week of economic news with the Consumer Price Index expected on Tuesday morning. Estimates are for a 0.3% month-over-month increase. In addition, the headline event of the week will be the Fed policy announcement on Wednesday, where the Fed is expected raise its Fed Funds Rate target by 0.5%. The market will likely key on the language of the policy announcement for any clues regarding where the Fed is headed and where a likely peak or terminal rate level lies.
The Market Direction Model (MDM) remains on a SELL signal.