Crypto Report - Bitcoin Needs To Retest 2018 Lows - The bottom is not in yet!

As I type, both bitcoin and ethereum have been trading sideways with prior selling pressure suggesting both will retest prior major lows hit in 2018 sooner than later as shown in the chart below: 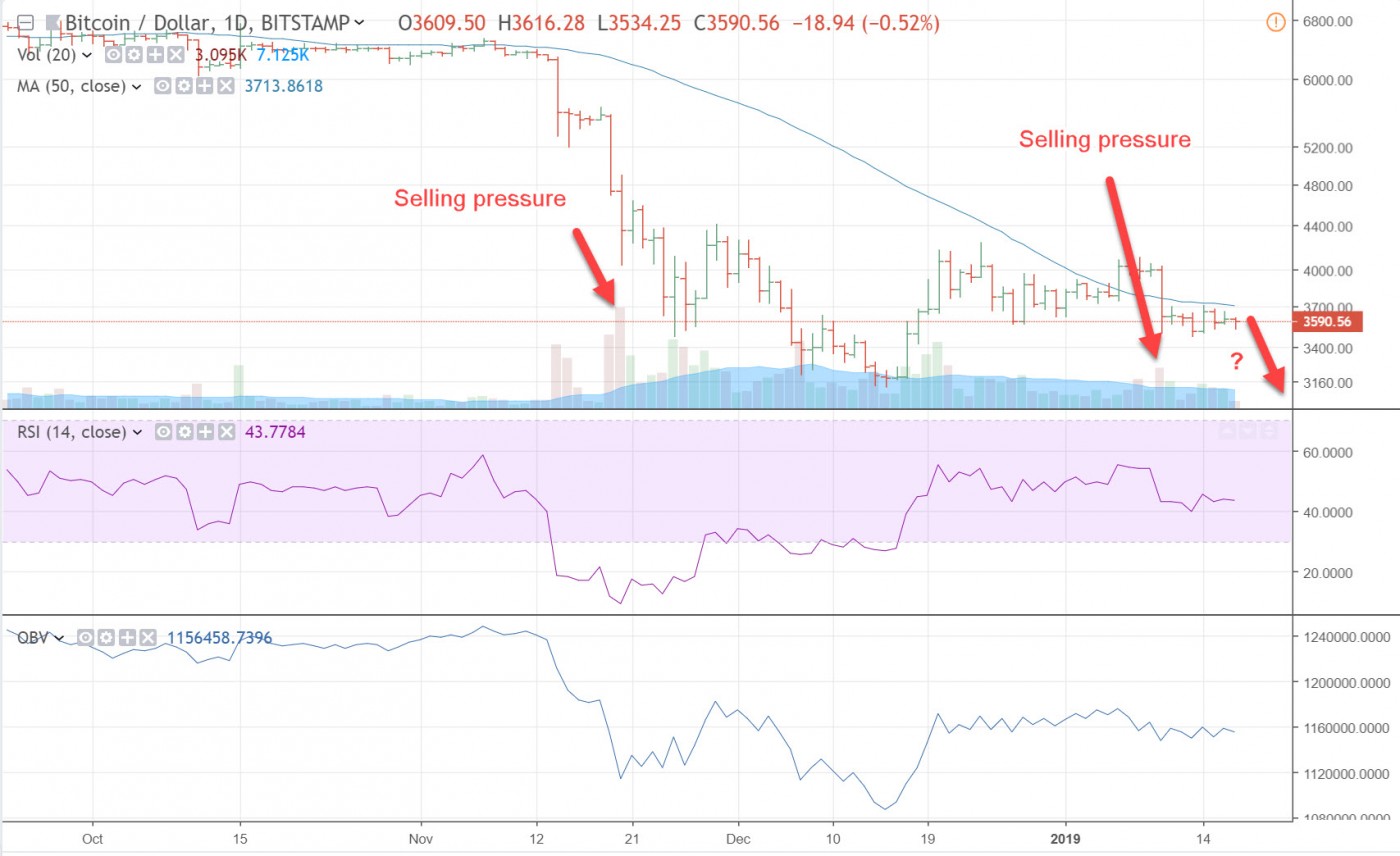 Bitcoin Network Volatility suggests lower lows ahead as this metric needs to settle down before bitcoin can start on a new bull run as shown below: 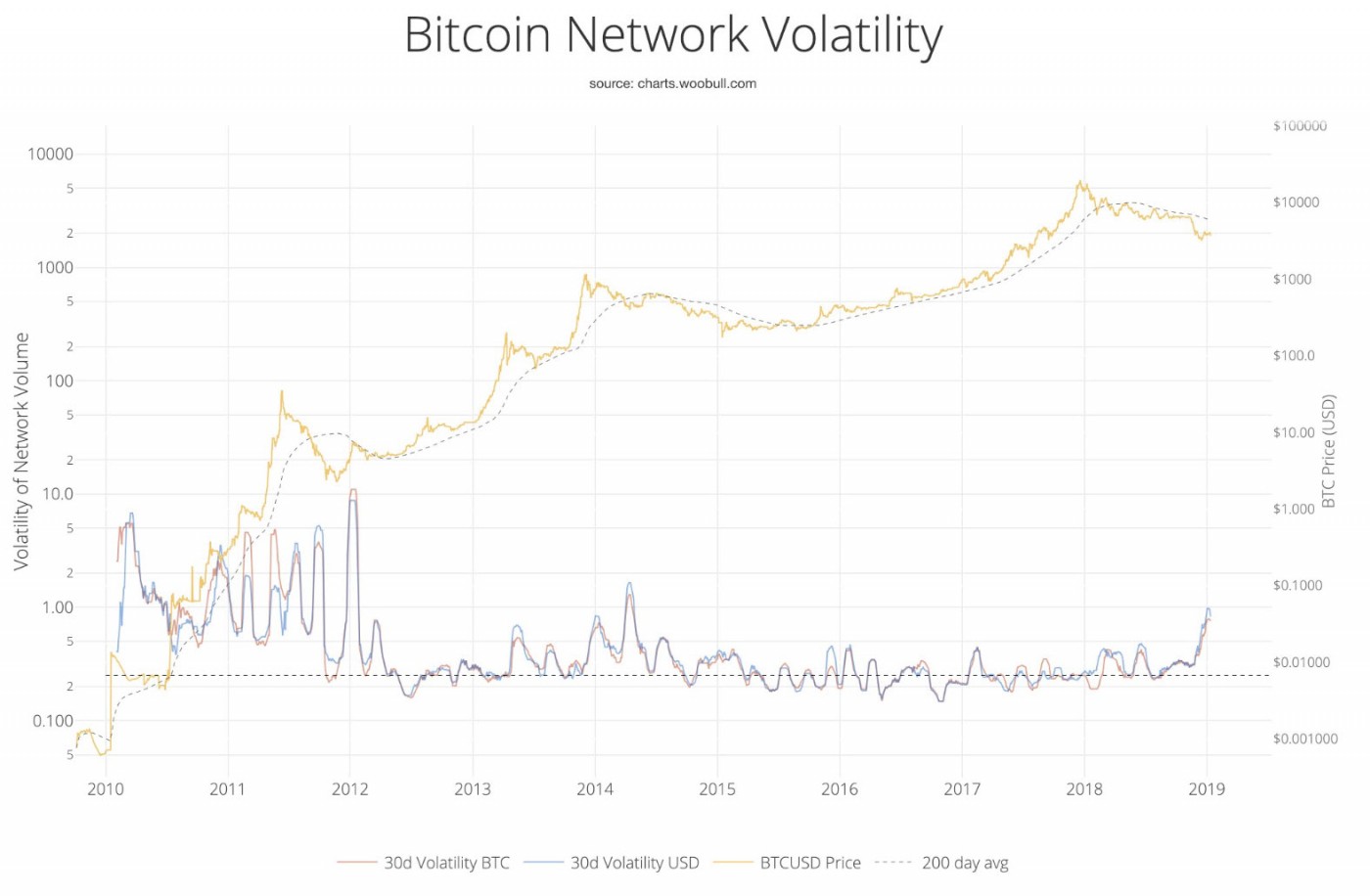 Bitcoin's NVTS is back up closer to overvalued territory once again suggesting a major low in bitcoin has yet to be reached as shown below: 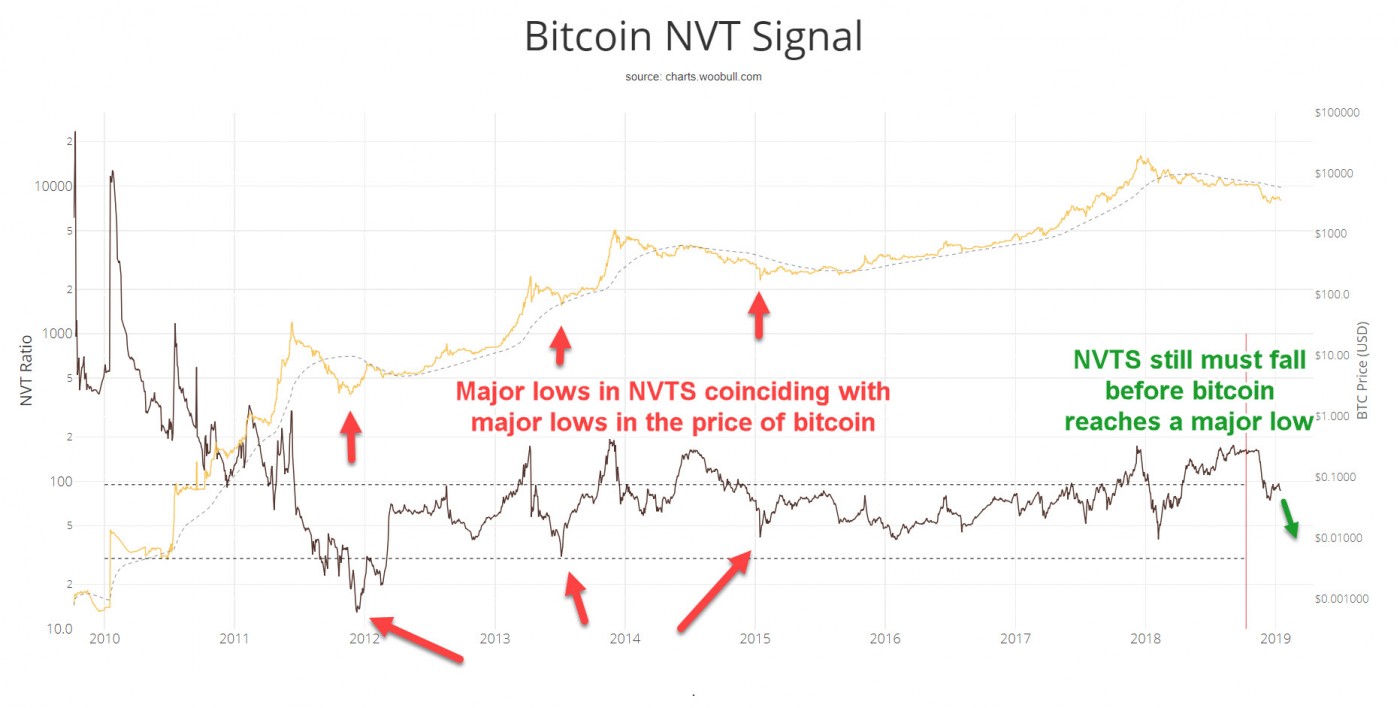 As for the bitcoin nihilists, to suggest bitcoin is vaporware showcases the failure to understand the killer app that underscores bitcoin. Millions use bitcoin today for censorship and seizure resistance. Even though it's still at small scale, it's way ahead of the email and internet adoption curve back in the 1980s. Would you have called email vaporware in 1982, 10 years after its birth? It had fewer users than bitcoin.

Further, here are some key metrics that suggest bitcoin will eventually reach new highs once again but only after it reaches a major low:

Since 2009, bitcoin's hashrate has only dropped more than -33% twice,once in 2011 and once in late 2018 when the price of bitcoin collapsed further. Both times, the price of bitcoin fell sharply. Interestingly, the hashrate did not fall by any appreciable amount during the Dec-2013 to Jan-2015 correction of -87%.

Bitcoin's hashrate once again continues to climb after its brief drop in late 2018:

Of course, keep in mind that should bitcoin reach a major bottom sooner than later, its hashrate could fall once again, reproducing what happened in 2011 when its hashrate fell by -52%.

UTXO is the amount of bitcoins being held for a certain period of time. Thus for a UTXO of 3-6 months, this is the total number of bitcoins that have not been spent, but have been held over the last 3-6 months.

As shown in the chart below, the idea is that long term holders of bitcoin create the UTXO 1-year+ band (denoted by the green band in the chart below) that tends to fall during bitcoin bull markets as they take profits. UTXO 1-year+ then finds its low shortly after the bubble bursts, suggesting holders of bitcoin of 1-year or longer sit with the losses, on balance, instead of selling. 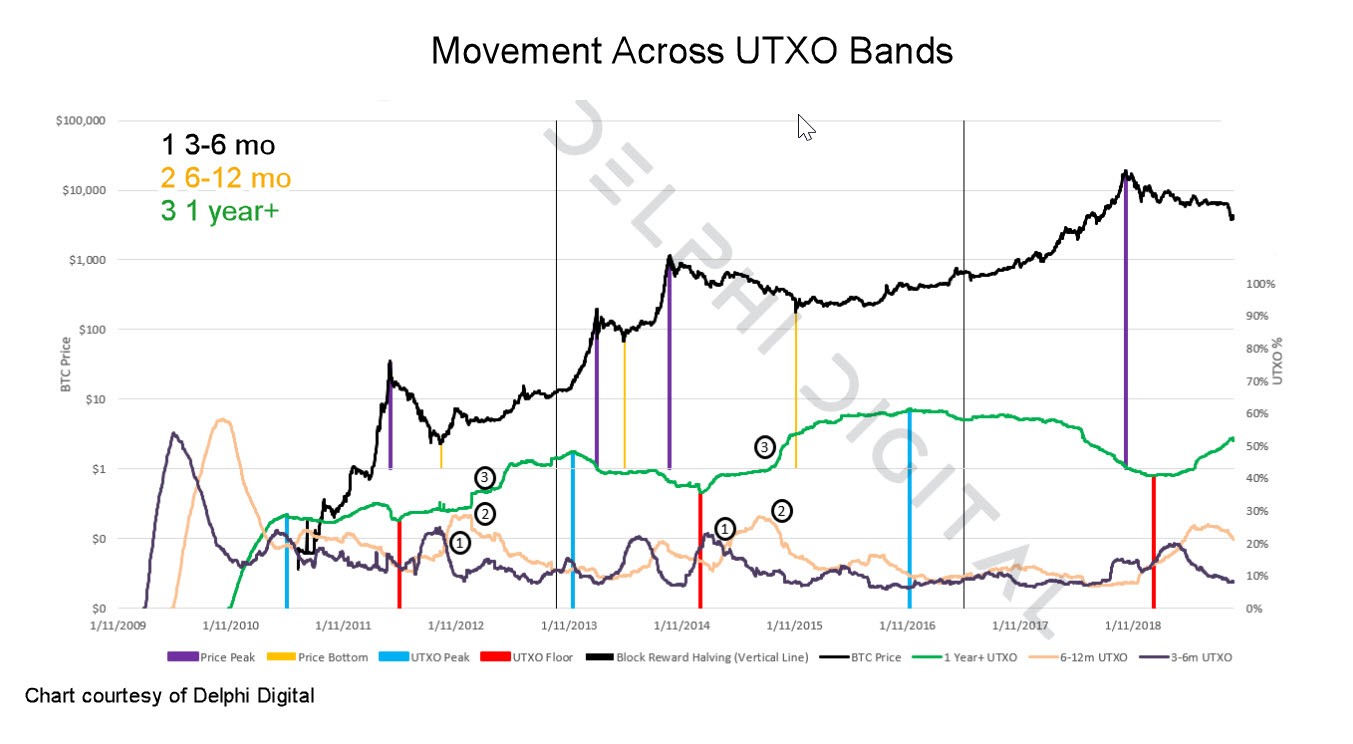 In the chart below, it has been suggested that bitcoin will reach a major low within the first quarter of this year (2019) as denoted by the yellow vertical bar shown in the chart below, based on a confluence of UTXO bands that align by this time. While this is certainly a possibility, I would respectfully disagree as to putting full weight on UTXO which is just one indicator. Further, other metrics such as NVTS carry exemplary track records in calling major tops and bottoms in bitcoin. Most of these metrics have suggested a major low in bitcoin has yet to be reached as I have discussed in prior articles such this one.

That said, I do believe the UTXO 1-year+ green band has held a certain rhythm since 2010, though in 2011 after it peaked, bitcoin had a huge drop in price while since 2014, bitcoin reached a major low after the UTXO 1-year+ band had been rising for a number of months as shown below. This suggests it will be a number of months (anyone's guess) before bitcoin reaches a major low.

When Will The Bottom Be Reached?

In the bullish camp:

=We have a bitcoin ETF being approved potentially sometime in 2019, though this approval may not come until later in 2019.

=We have a growing number of institutions coming aboard blockchain which will only serve to underscore the potency of bitcoin itself as it remains the flagship cryptocurrency. In other words, as other coins gain institutional acceptable such as Ripple which has done a number of substantial deals with major banks, the whole cryptospace will gain acceptance which will further benefit bitcoin.

=Coins such as Dash are being used by more and more families in third world countries where the value of their respective native currencies have been plummeting. Dash helps families transmit value under the nose of governments who have outlawed bitcoin such as in Venezuela. That said, Dash has come under scrutiny which only helps grow bitcoin transaction volumes.

=Billions of the world's unbanked and underbanked will be using bitcoin in the years ahead. This will only help to increase bitcoin's privacy, security, and immutability which may elevate it into the world's most substantial store of value.


In the bearish camp:

=2019 will be the Year of the Regulator for blockchain. If the SEC and other governing bodies come down hard, this will push prices lower, but ultimately, will be bullish for the cryptospace, as solid regulatory law will bring confidence to major financial institutions to come abroad.

=Further delay of a bitcoin ETF. It is increasingly likely no such ETF will be approved any time soon.

=51% attack arguments though they hold no relevance except to very temporarily push the price of bitcoin lower if at all as I discuss here.


That said, it is not a question of if but when bitcoin finds a major low.

Buckle up. We're going into a new era (͡:B ͜ʖ ͡:B)
Like what you read?
Let us help you make sense of these markets by signing up for our free Market Lab Reports:
This information is provided by MoKa Investors, LLC DBA Virtue of Selfish Investing (VoSI) is issued solely for informational purposes and does not constitute an offer to sell or a solicitation of an offer to buy securities. Information contained herein is based on sources which we believe to be reliable but is not guaranteed by us as being accurate and does not purport to be a complete statement or summary of available data. VoSI reports are intended to alert VoSI members to technical developments in certain securities that may or may not be actionable, only, and are not intended as recommendations. Past performance is not a guarantee, nor is it necessarily indicative, of future results. Opinions expressed herein are statements of our judgment as of the publication date and are subject to change without notice. Entities including but not limited to VoSI, its members, officers, directors, employees, customers, agents, and affiliates may have a position, long or short, in the securities referred to herein, and/or other related securities, and may increase or decrease such position or take a contra position. Additional information is available upon written request. This publication is for clients of Virtue of Selfish Investing. Reproduction without written permission is strictly prohibited and will be prosecuted to the full extent of the law. ©2023 MoKa Investors, LLC DBA Virtue of Selfish Investing. All rights reserved.
FOR OUR FREE MARKET LAB REPORT :