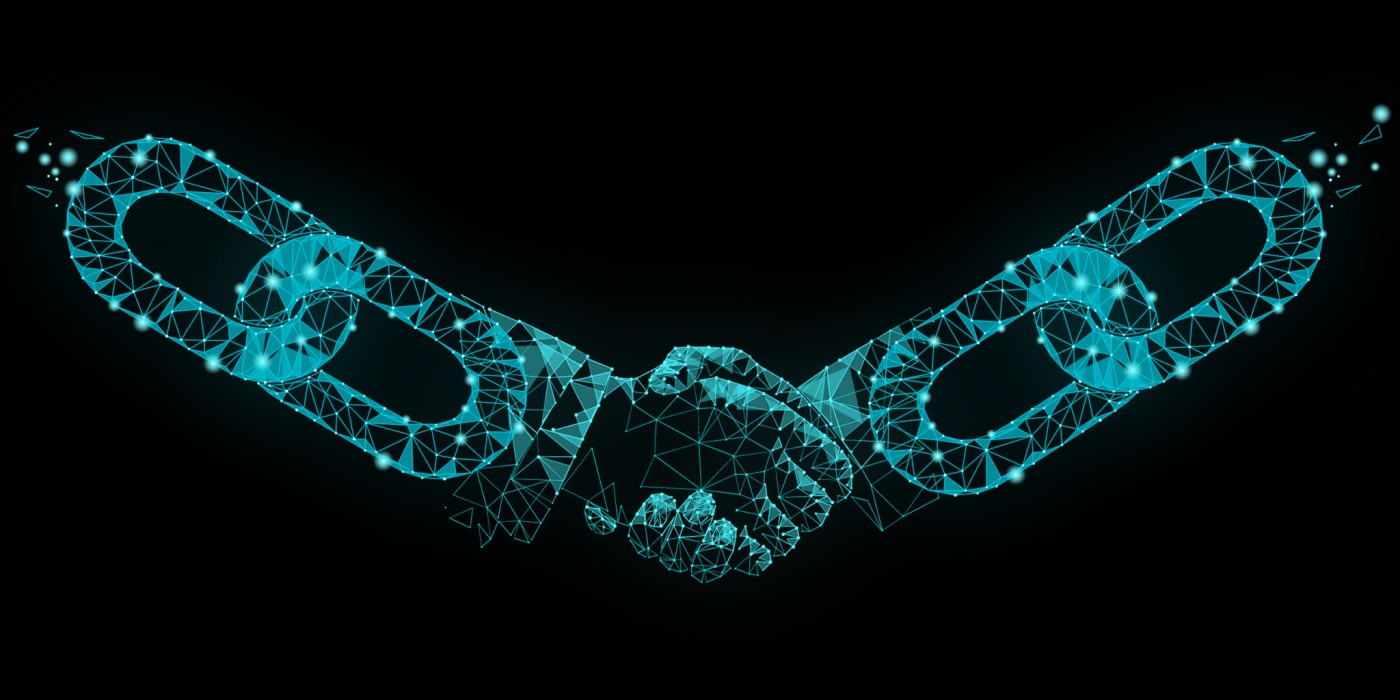 Before I get into discussions on blockchain, regulation, and big government, the jobs report came in at just 75,000 new jobs vs. estimates of 185,000. Markets initially sold off then rallied for two reasons. First, this will put more pressure on the Federal Reserve to cut interest rates, and second, the U.S. has decided to give some Chinese products additional time to avoid a tariff hike. The unemployment rate remained at a 49-year low of 3.6%. Of course, this is largely due to the number of low paying temp jobs that are included in the tally as well as the number of people who have given up looking for work that are not included in the tally.
Last Monday, tech stocks with some of the largest capitalizations got clocked as antitrust investigations were announced against several large tech companies. The Justice Department is gearing up for an antitrust investigation into Alphabet Inc.’s GOOG and AAPL while the Federal Trade Commission now reportedly has oversight to look into anti-competitive activities of Facebook and Amazon.
Then on Tuesday, with the ongoing theme of QEndless, Australia’s central bank cut rates for the first time in 3 years. The Reserve Bank of Australia lowered its benchmark interest rate by a quarter of a percentage point to 1.25%. Some economists say the rate could go as low as 0.5% by the middle of next year.

In an accompanying statement, RBA Gov. Philip Lowe said the risks from trade disputes have increased. “Growth in international trade remains weak and the increased uncertainty is affecting investment intentions in a number of countries,” he added.

But while the dollar, euro, and pound remain the pillars of stability when it comes to currencies, the planet is mired in record levels of debt with interest rates in many countries at all-time lows. What does this say about fiat which is backed by the full faith and credit of the underlying government? As QE-Infinity continues with no end in sight, a massive monetary shift is already starting to occur.

While the Fed hiked rates several times by 25 basis points each time over the last few years, rates in the U.S. still remained near historical lows since they started from historically low levels. Now with the world teetering on recession, the Fed is faced with having to undo these mini rate hikes. Indeed, the ability of central banks to spur economic growth through monetary policy has diminished considerably over the last few debt cycles. Note in the graph below how the yield on the 10 year has been on a downtrend since it peaked in the early 1980s. Also note the slight uptrend in rates over the last few years as the Fed became increasingly hawkish by hiking rates. 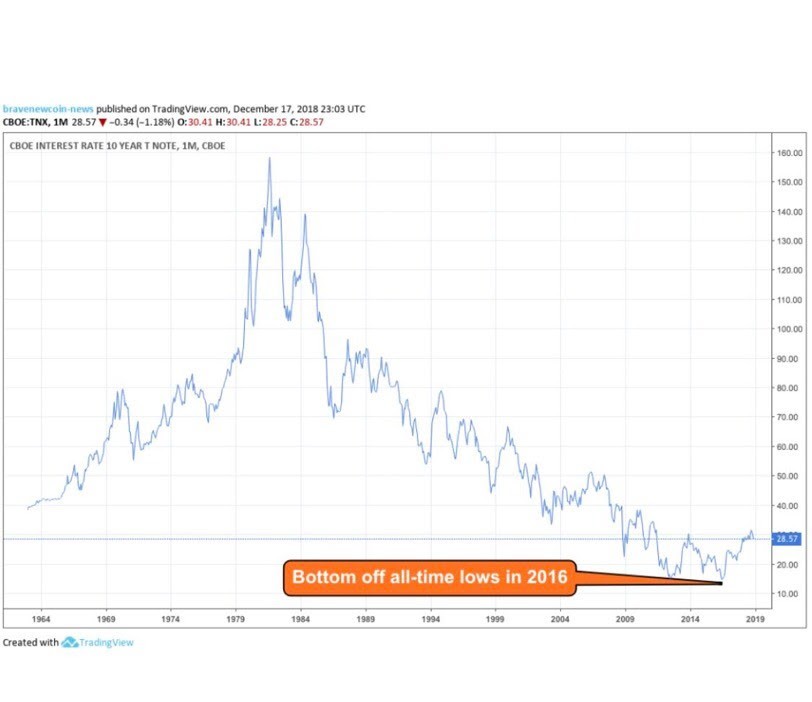 When the Fed attempted to get even more hawkish in the later part of 2018 with little end in sight to their bank balance reductions, major stock markets in the U.S. finally gave up the ghost by collapsing by roughly -20% in December 2018. It was the first Christmas crash in U.S. stock market history. Fed Chairperson Powell then was forced to make the proclamation that he would halt balance sheet reductions and do what it takes to keep the bull market alive.
That was on December 15 and marked the low of the correction which spurred a sharp uptrend up until recently.
Enter the Trade Wars
Since then, the trade wars together with the slowing global economy have taken their toll sending U.S. markets below their respective 200-day moving averages, but just for an instant. President Donald Trump plays the Fed like a fiddle, knowing he can maintain a tough stance on trade as the Fed will simply monetize more debt should conditions deteriorate. Indeed, the Fed’s Powell gave the nod to multiple rate reductions if necessary in the coming months.
In any event, when the next recession hits, the deflationary forces of automation and technology that continue to accelerate, part of the 6 D’s of Peter Diamandis, will replace a growing number of jobs which in turn will further reduce consumer demand. In other words, the next recession will likely be one for the history books though exponential growth technologies will be the counterbalance thus the parabolic rise will continue on relentlessly.
(͡:B ͜ʖ ͡:B)
Like what you read?
Let us help you make sense of these markets by signing up for our free Market Lab Reports:
This information is provided by MoKa Investors, LLC DBA Virtue of Selfish Investing (VoSI) is issued solely for informational purposes and does not constitute an offer to sell or a solicitation of an offer to buy securities. Information contained herein is based on sources which we believe to be reliable but is not guaranteed by us as being accurate and does not purport to be a complete statement or summary of available data. VoSI reports are intended to alert VoSI members to technical developments in certain securities that may or may not be actionable, only, and are not intended as recommendations. Past performance is not a guarantee, nor is it necessarily indicative, of future results. Opinions expressed herein are statements of our judgment as of the publication date and are subject to change without notice. Entities including but not limited to VoSI, its members, officers, directors, employees, customers, agents, and affiliates may have a position, long or short, in the securities referred to herein, and/or other related securities, and may increase or decrease such position or take a contra position. Additional information is available upon written request. This publication is for clients of Virtue of Selfish Investing. Reproduction without written permission is strictly prohibited and will be prosecuted to the full extent of the law. ©2022 MoKa Investors, LLC DBA Virtue of Selfish Investing. All rights reserved.
FOR OUR FREE MARKET LAB REPORT :