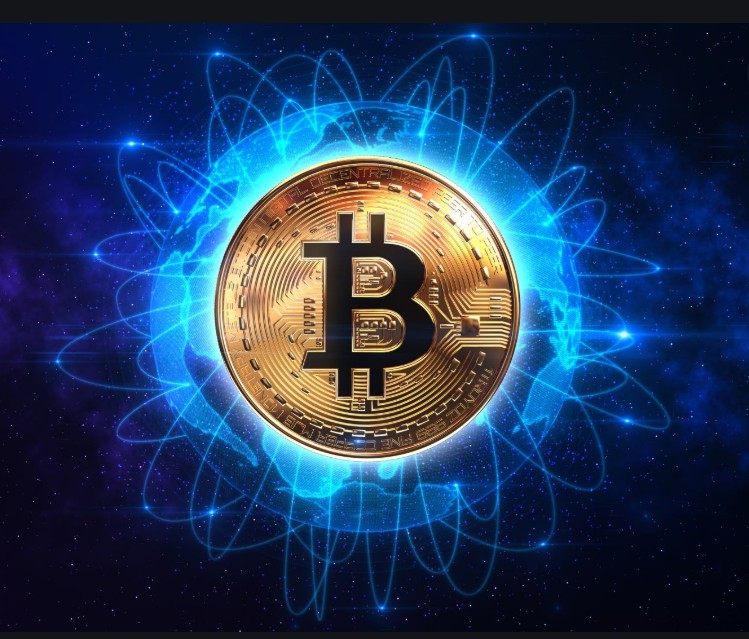 While the world contains and attempts to subdue the coronavirus, Goldman Sachs (NYSE:GS) analysts estimate that the outbreak will take some 0.4% off Chinese GDP growth this year. If it takes longer than expected to contain the virus, the damage to the global economy could be worse though central banks seem at the ready to mitigate any such damage.

Meanwhile, last year, the eurozone’s economy grew at its slowest rate since the middle of 2014. Both the French and Italian economies contracted under the influence of strikes against President Macron’s pension reforms and a sharp drop in inventories in Italy. A surprise drop in German retail sales at the end of the year also contributed to a mere 0.1% quarterly rise in eurozone output.

Despite the global economic glut, bitcoin marches ahead. It's had an unprecedented run in the history of speculation. $1 invested in 2009 is worth over $10 million just over a decade later. Nevertheless, some have said it is impossible bitcoin's price will rise to $200,000 within a 12 month period, arguing that bitcoin's 21 million maximum can be divided into satoshis thus the real number of bitcoin is 21 million x 100 million. This ignores the price history of bitcoin as whenever it has made new significant highs over the last decade, it tends to move up by at least an order of magnitude (10x). This also ignores the basic supply/demand of bitcoin, a store of value which cannot be inflated away. In this Era of QEndless with all fiat being debased, hard assets including bitcoin, precious metals, real estate, and the equivalent are the beneficiaries.

Bitcoin also has numerous tsunamic tailwinds at hand which I have written about in prior reports such as THIS one. From addressing the world's unbanked and partially banked, to the halving in May, to institutional onboarding, to bitcoin's hash rate and unique addresses both hitting all-time highs, to a number of other metrics I have used to call major tops and bottoms in bitcoin since 2011, it stands to reason that only a handful of coins over any full bull-bear cryptocycle have outperformed bitcoin.

Bitcoin's current market dominance hovers around 64% at I type. That said, in the current bull cycle, ethereum and the other cryptocompanies that utilize its technology have outpaced bitcoin over the last few weeks. This can be easily observed in the BTC/ETH chart (below). Note how in the last crypto climax top in early 2018, ethereum and other top performers, many of which I held until January 30, 2018, outperformed bitcoin. 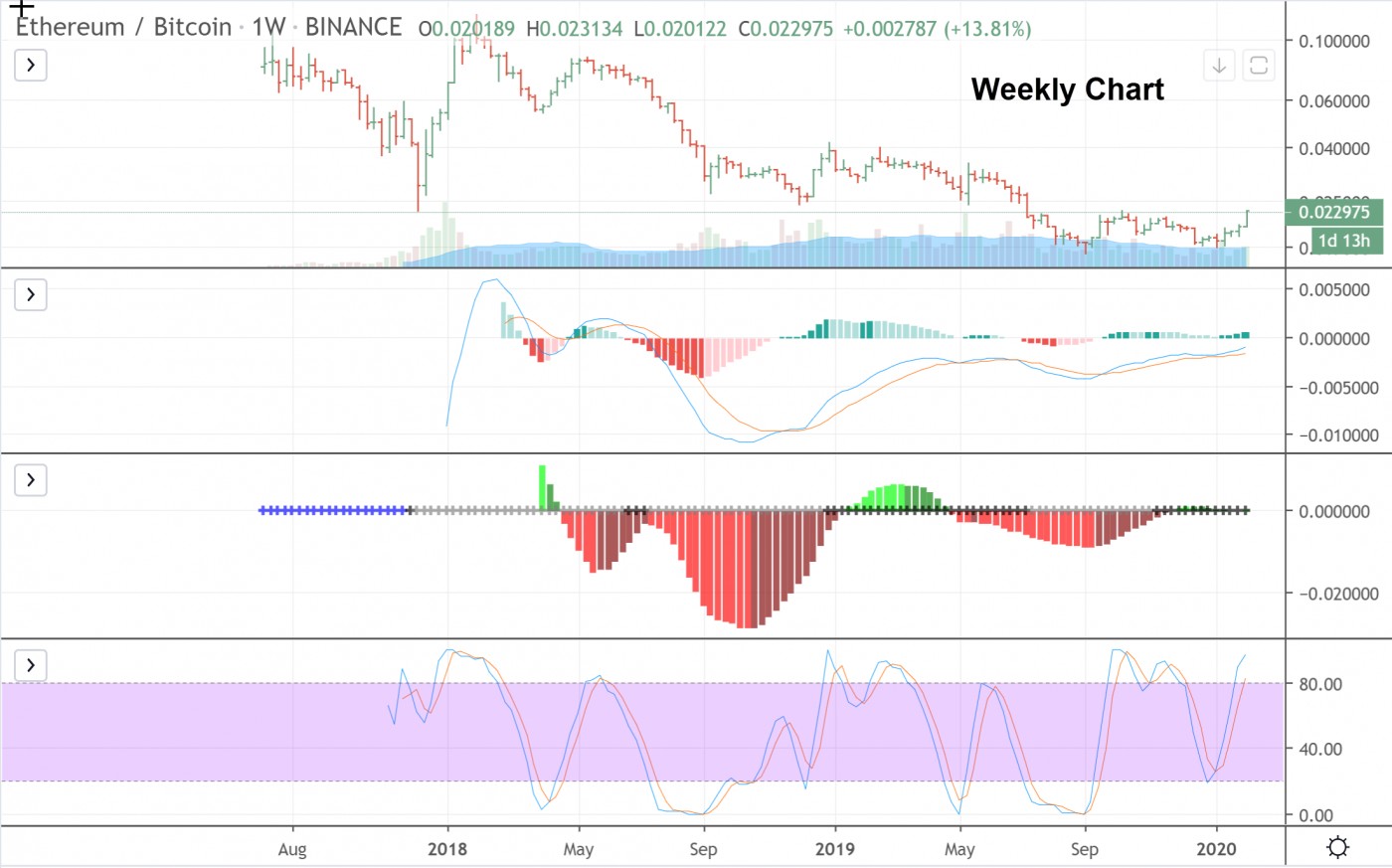 The best performers against bitcoin over entire market cycles, covering both bull and bear markets, are potentially Ethereum (ETH), Binance (BNB), and Tron (TRX) and the privacy coins such as Dash (DASH) and Monero (XMR) though notice how one would have had to stomach massive levels of volatility in each coin, thus being able to identify major tops and bottoms in bitcoin as I have done is key to keeping one's portfolio volatility in check so one can move safely to cash near the start of bear markets by selling all their coins since there remains a very high degree of correlation between bitcoin and all other coins. Some of the charts, especially when shown on a log plot, visually suppress the depth of the major corrections which typically exceed -67% and can push beyond -90%, yet look fairly mild compared to how much the price has risen. In dollars, ETH corrected nearly -95%, bottoming in Dec-2018 (as shown in the chart below). The yellow line is the price performance of the cryptocurrency vs. bitcoin, and the green line is the price in USD of the cryptocurrency: 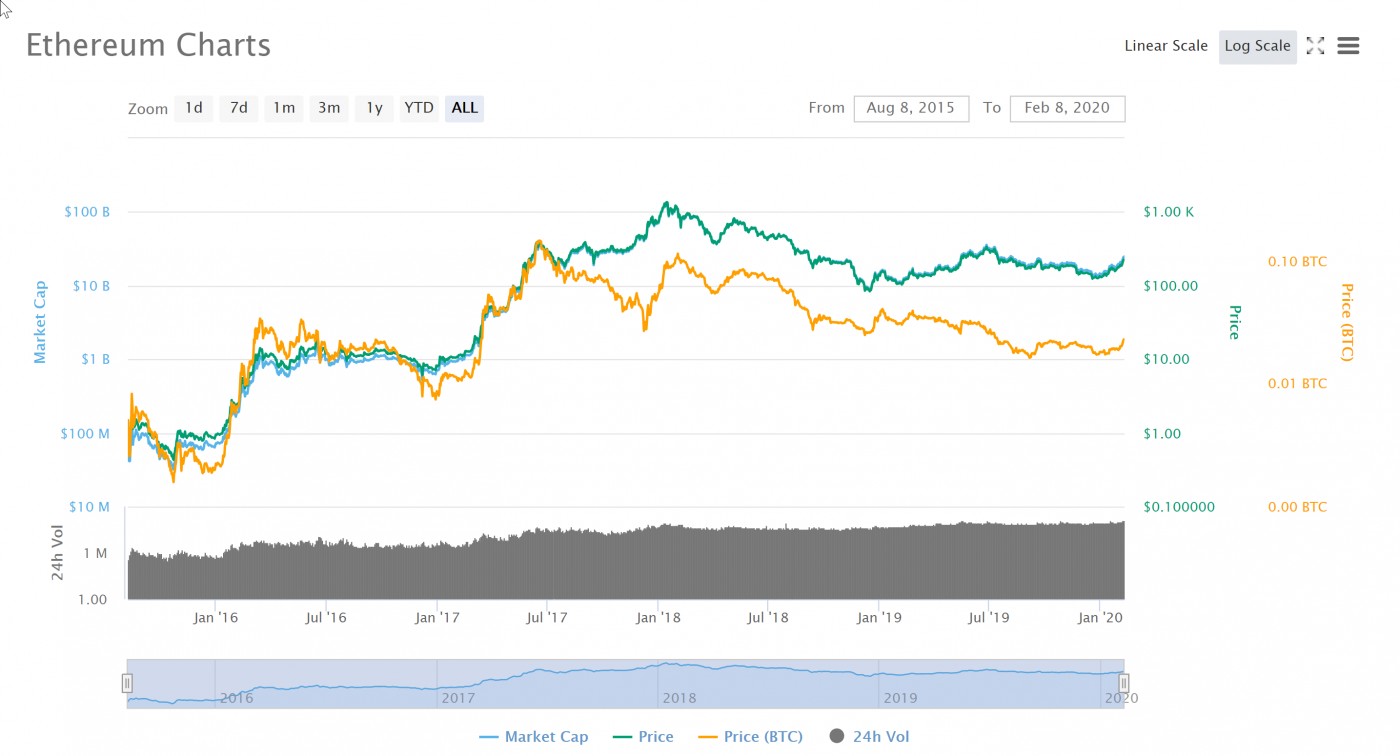 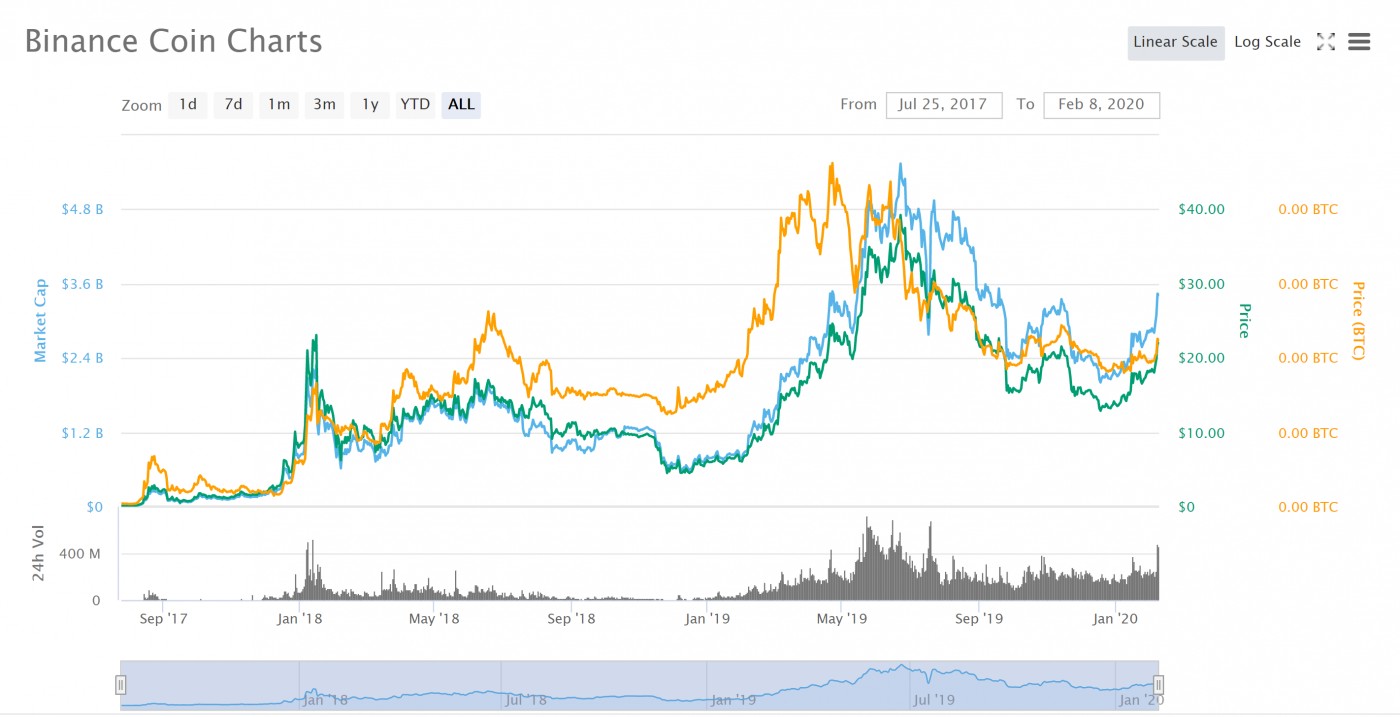 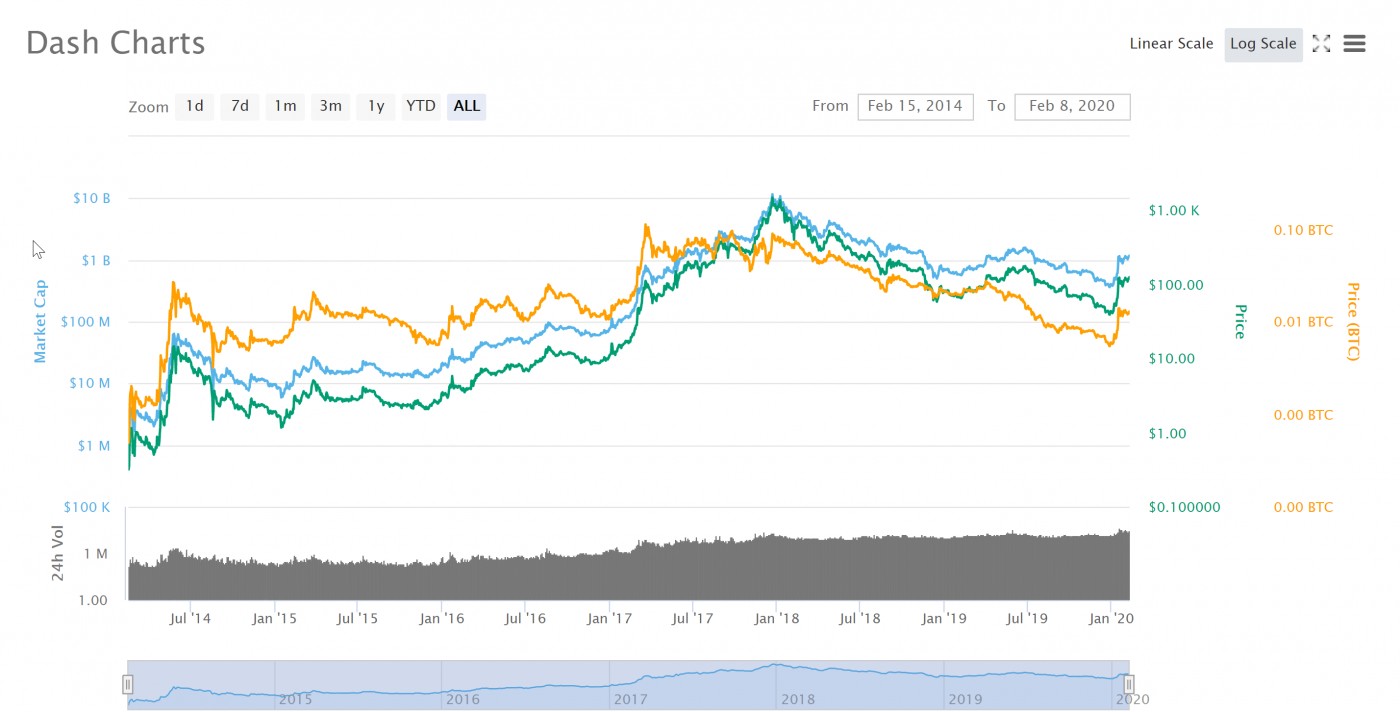 Chainlink (LINK) looks as if it may be the clear winner against bitcoin though has only completed one bear market and is in the middle of the current bull market. I had questions on whether it is extended which I said I would answer in the webinar. As you can see, LINK has been pushing towards all-time highs. It has been the strongest price performer out of over 2500 cryptocurrencies still trading. It has secured deals with most of the majors including Google, Oracle, Microsoft, Intel, and Cisco Systems. So while it appears extended, it is more likely just starting up again. It's market cap is currently around $1.4 billion making it the 16th largest coin. Given it's first mover advantage, network effect, and deals in the pipeline, its market cap could easily soar 10-fold to $14 billion. Its killer app is its decentralized oracles which enable communication between on-chain and off-chain blockchains. Oracles  act as agents to verify real-world data and prepare it to be recorded in a smart contract on the blockchain. Chainlink connects smart contracts to real world data, events, and payments and aims to build bridges between payment services like PayPal and Visa, banks like HSBC and Wells Fargo, and blockchains like Ethereum and Bitcoin. Blockchain interoperability is the key to blockchain’s future success. 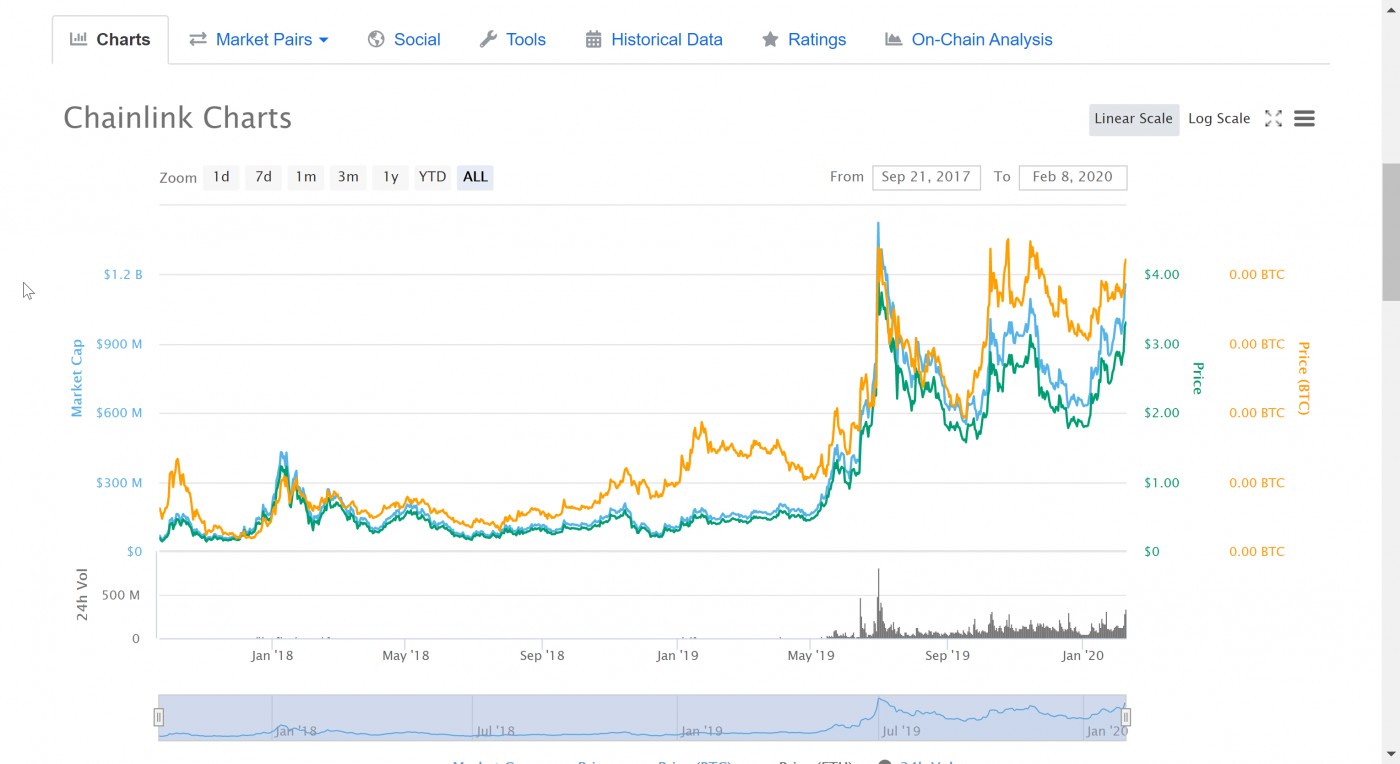 Most all cryptocurrencies remain highly correlated to the trends in the price of bitcoin. The rally in bitcoin that began in 2019 suggests the rise in price is not being driven by retail investors but institutional investors. In prior bitcoin bull markets, bitcoin exchange deposits rose along with price, with deposits falling back during bear markets. This time, bitcoin exchange deposits have dropped sharply over the last six months.

The world's largest bitcoin and cryptocurrency fund, Grayscale, has said the majority of capital flow into its fund is institutional, not retail. Last month, Grayscale revealed it recorded inflows of $600 million in 2019, more than 2013 through 2018 combined, and declared institutional money has finally arrived in the cryptocurrency space.

The managing director at Grayscale recently said, "If the persistent question is, ‘Where are the institutions investors in crypto?,’ the answer is that they’re here and showing up in a meaningful size."

A partner at bitcoin and cryptocurrency hedge fund Adaptive Capital also chimed in saying, "This breakout is the real deal. Fundamental investment activity is backing this $10,000 breakout," then included this graph: 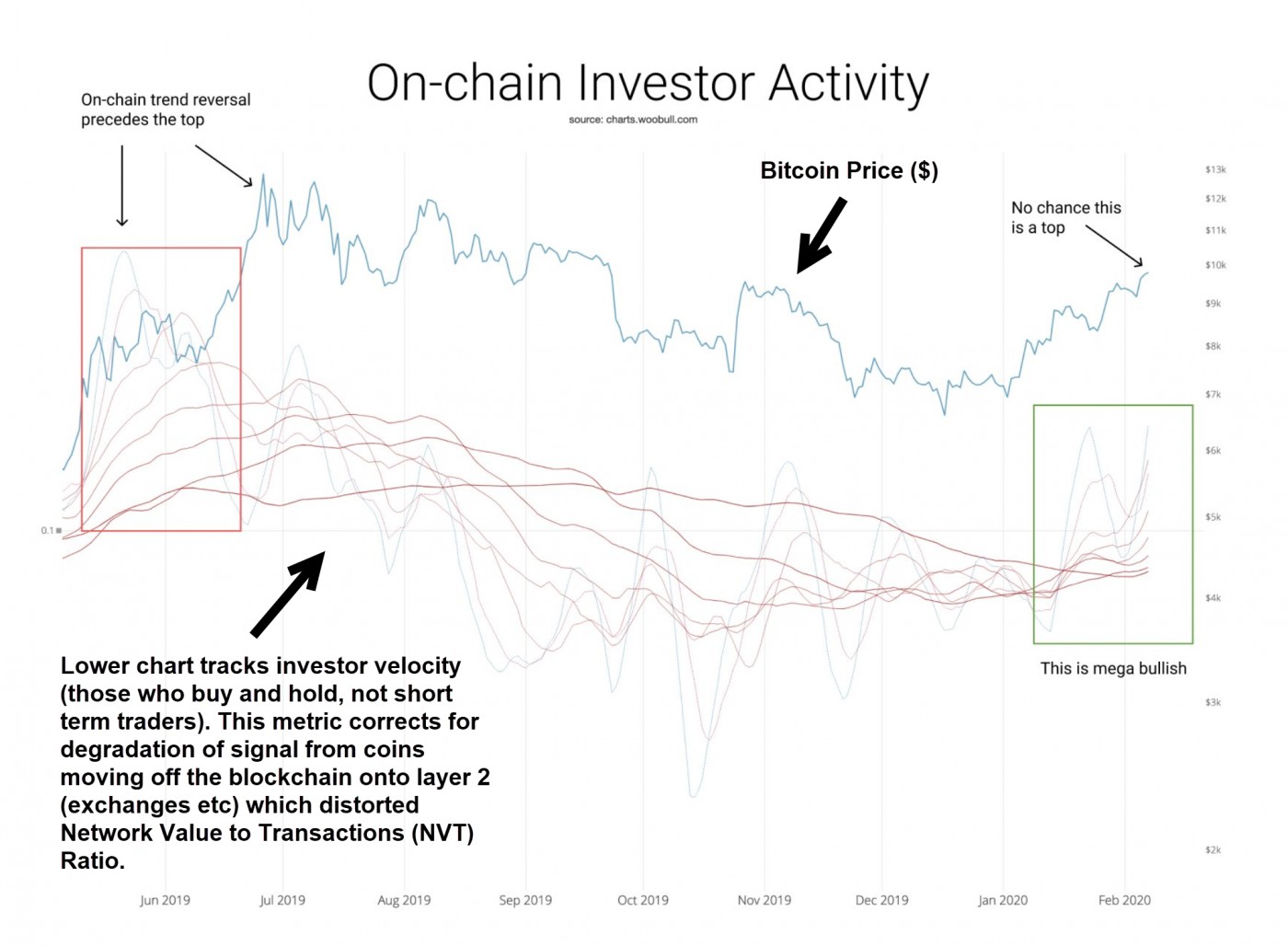 So while bitcoin may back and fill around the $10,000 level, it is likely this is temporary before it heads higher.