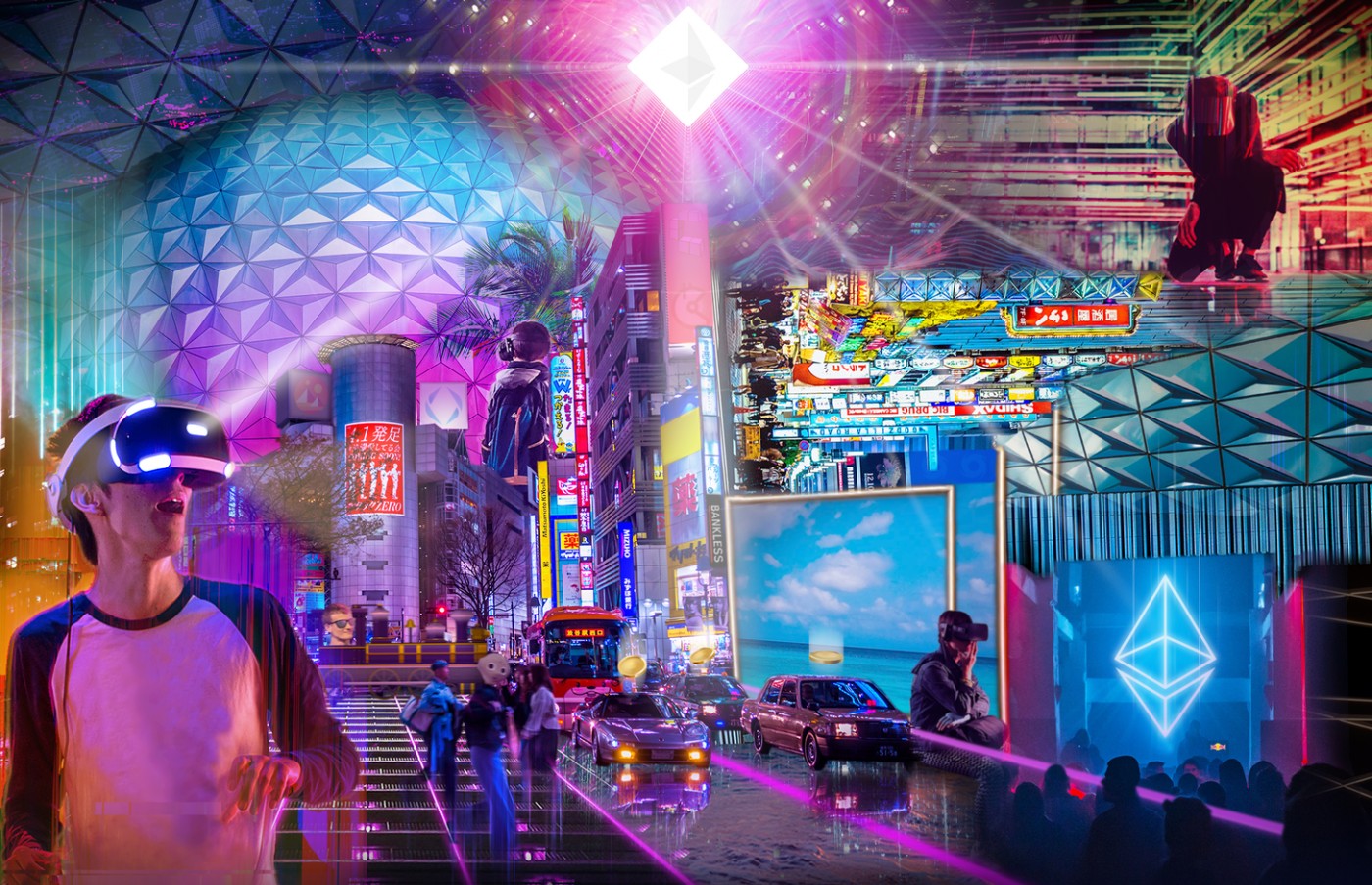 Submitted for your approval, the Metaverse, known as the virtual entity that encompasses all and nothing and everything in between, or put simply, it merges online with offlline. In one of its endless, entangled corridors sits one of its multidimensional nanoslices where one of a googol lifeforms exist called Earth.

Earth has been an industrious little planet. Testament to this is the ongoing evolution of the Metaverse. But Earth’s evolutionary trajectory went parabolic a few hundred years ago. Now as parabolas are relatively flat in the middle, progress started slowly but continues to accelerate exponentially. That said, nothing goes up in a straight line as Earth is no stranger to wars, pandemics, and genocides, among other unfortunate incidents, one of which is colorfully called The Terminator Effect named after The Terminator film series where humankind nearly wipes itself out.

Wormholing to present day, human beings were recently struck by a virus known as C19 (short for COVID-19). This has caused quite a stir resulting in lockdowns, forced masking, social distancing, social unrest, spiking populism, bankruptcies, soaring rates of domestic violence, depression, suicides, and stress-induced heart attacks and strokes from loss of jobs, loss of livelihoods, and loss of loved ones, not to mention the psychological scars inflicted on our children who are witness to all of this. Masking full stop without regard to the actual levels of risk/reward that are naturally location dependent is making this planet look like one of those post-WW III shock images where everyone is wearing gas masks. What's next, the masking of animals? 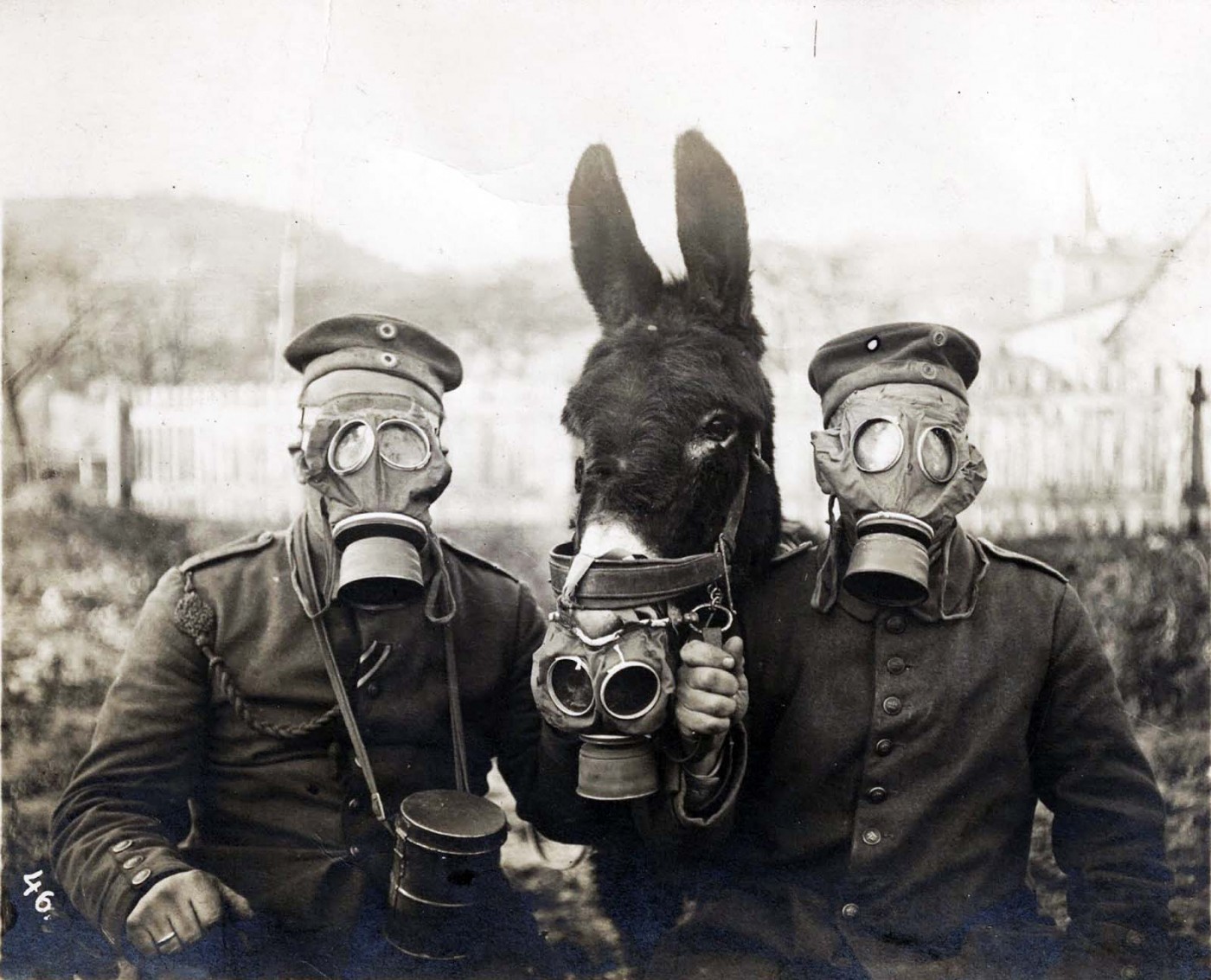 A small number of pet cats and dogs have been reported to be infected with C19 in several countries, including the United States.

I believe the solution is to roll out the vaccines post haste so we can reach herd immunity ASAP. Then we won’t be forced into prolonged or even what could become endless quarantines should the worst aspects of authoritarianism come to pass.
The Metaverse and Cryptospace are Anti-Fragile

The Metaverse being decentralized overcomes existing forms of censorship and undue rent extraction as practiced by big tech (also in the form of privacy cost).

NFTs enable ownership for any natively digital item such as game assets, digital art, or domain space. Decentralized NFTs carry vast evolutionary consequences for ownership rights. The company FLOW is capitalizing on this and is on the Crypto List.

Permissionless, open source innovation drives the network effects of these protocols as each additional creator builds on the shoulders of all who came before.
Owning core pieces of these new worlds will bring great financial returns to those who invested. Already we are seeing digital art sell for massive sums including the recent Beeple digital work of art for a cool $69 million.
Beyond wealth, early investors will have first mover access to new business models and technologies across the creator economy.
To Mask or Not To Mask
But for however long lockdowns remain a part of life for some, if you are in a high risk group, masking makes sense. If you are not in a high risk group, but are in the presence of someone in such a group, masks still make sense since you could become infected with C19 and not know it but still be contagious. How would one feel to know they infected their friend's mother or father who then died in the hospital because vaccines were not yet available in their area?

There is also the ongoing debate about lockdowns. In areas largely unvaccinated, some argue lockdowns make sense to slow the spread until enough people have been vaccinated. Certainly, this does slow the spread. But others rightly argue it does so at a horribly steep price due to the destructive multiple order effects, some of which I mentioned earlier, that mainstream media tends to underplay while overplaying the number of deaths. People did not have to suffer through such damaging effects in past global pandemics because present day control technologies did not exist; this makes C19 different. Monitoring and therefore controlling the movement of individuals ensures adherence to local law regarding forced quarantines.

You see, C19 has not caused your typical viral pandemic of which there have been dozens dating back hundreds of years. In pandemics gone past, it was not unusual for far greater percentages of the population to be wiped out, not to mention mosquitos which have single-handedly killed more people than all the wars and pandemics combined.

Authoritarianism is Cancer to Freedom

Taking full Machiavellian advantage of the situation, mainstream media has been weaponized in the form of thought control. George Orwell and Aldous Huxley must be rolling in their graves. Singularly, C19 carries with it all the politicized misinformation and disinformation some of those in power wish to use in their quest for authoritarian control. Self-made, straight talking, brooks-no-bullish billionaire Chamath Palihapitiya recently commented on what he calls the "150" which is the approximate number of those who have such control. The number is not fixed as some who lose political or financial influence fall away while those who become "qualified" are approached. In prior interviews, Palihapitiya described being approached. While these claims may invoke the use of the phrase “conspiracy theory”, this phrase was actually started by the CIA decades ago to easily label and discredit most any agenda that disagrees with their own. Others with nothing of substance to say resort to ad hominem attacks in the form of, "Well, if you're too ignorant or stupid to understand, it's not worth my time."

The rise of evolutionary technologies growing at exponential rates are the answer to the rise of authoritarianism around the planet. Such tech includes blockchain which forces the separation of money and state much as, once upon a time, we were gifted with the separation of church and state. Now wrap blockchain in AI for game-changing symbiosis across most sectors. The metaversal evolution will not be centralized.™

We are moving into a brave new world that will hopefully leave George Orwell and Aldous Huxley in peace. Buckle up!

Conventional Matters that Matter
As for more conventional matters, both the Dow Industrials and S&P 500 have been trading at new highs while the NASDAQ Composite is a breath away. This should come as no surprised as Morgan Stanley thinks the Fed's projected balance sheet will exceed $10 trillion by the end of 2021.

The trillions of dollars in new and proposed stimulus are likely to force yields and possibly the dollar lower while major averages are pushed higher once again. Meanwhile, other central banks continue to print thus it's a race to debase as the dollar still remains the world's reserve currency so relative to other currencies, may remain relatively strong. That said, relative to hard assets, stocks, bonds, and bitcoin, it will become weaker and weaker as reflected by the overall rise in prices across these assets. Fiat is a melting ice cube.
Like what you read?
Let us help you make sense of these markets by signing up for our free Market Lab Reports:
This information is provided by MoKa Investors, LLC DBA Virtue of Selfish Investing (VoSI) is issued solely for informational purposes and does not constitute an offer to sell or a solicitation of an offer to buy securities. Information contained herein is based on sources which we believe to be reliable but is not guaranteed by us as being accurate and does not purport to be a complete statement or summary of available data. VoSI reports are intended to alert VoSI members to technical developments in certain securities that may or may not be actionable, only, and are not intended as recommendations. Past performance is not a guarantee, nor is it necessarily indicative, of future results. Opinions expressed herein are statements of our judgment as of the publication date and are subject to change without notice. Entities including but not limited to VoSI, its members, officers, directors, employees, customers, agents, and affiliates may have a position, long or short, in the securities referred to herein, and/or other related securities, and may increase or decrease such position or take a contra position. Additional information is available upon written request. This publication is for clients of Virtue of Selfish Investing. Reproduction without written permission is strictly prohibited and will be prosecuted to the full extent of the law. ©2022 MoKa Investors, LLC DBA Virtue of Selfish Investing. All rights reserved.
FOR OUR FREE MARKET LAB REPORT :