We discussed a number of such names in our weekly VoSI Market & Report Watch List Review sent out on Sunday and will continue to send real-time reports as the situation unfolds. President Trump and Chinese President Xi Jinping agreed to a cease-fire on new tariffs as well as agreeing to reduce the ban on Huawei products. That said, it still remains in question when a trade deal will be made, so as always, it is best to let the stocks guide your portfolio exposure as the current gap up in futures is no guarantee of a sustained rally.

Fed Chair Powell gave a speech on Tuesday saying that the market has currently priced in more rate cuts than may come. As a consequence, all major averages suffered distribution days as institutional selling was noticeable. This was the first solid distribution day since the follow through day as the majors finished at the lows of the day.

That said, the favorable result at the G20 meeting between the U.S. and China has sent futures appreciably higher. The cease-fire is one step closer to a trade resolution thus odds of 3 rate hikes over the next 4 Fed meetings has mildly been reduced though still remains the most likely outcome. The fourth meeting will be on December 11, 2019. This would bring the target range from its current 225-250 basis points down to 150-175 basis points.

Many have asked whether bitcoin having broken its parabolic rise a few weeks ago would correct by 30-40% as it always has based on its price history going back to 2011. I wrote on June 17 that history favors this price action but should bitcoin continue higher through 10,000 on sufficient volume, then this time would be different as numerous tailwinds currently are at hand including the central banks which continue to print at record levels via quantitative easing which has also helped gold break out of its 9-year doldrums.

Indeed, bitcoin has soared over the last couple of weeks by more than 66% to reach nearly $14,000 on not overwhelming but just enough volume due to wider acceptance of cryptocurrencies in general from Facebook's Libra to regulatory approval for LedgerX by the U.S. Commodity Futures Trading Commission (CFTC), the regulatory agency in charge of overseeing derivatives products in the country. LedgerX is a bitcoin futures contract platform that will be settled in bitcoin rather than cash. This will be offered to both institutional and retail investors. This is positive for stablecoin platforms such as bitcoin futures exchange Bakkt which said that Bakkt had “worked closely” with the CFTC, and would be testing its bitcoin futures contracts this summer.

As for Libra, it is significant that a major company such as Facebook is minting its own coin as they aim to help take crypto mainstream. The revenues derived from lower transaction fees as a result of the coin can net the company up to half of the revenues it generates from ad sales. The company has faced two years of intense scrutiny over the impact of foreign interference and poor privacy practices. Facebook which attracts an audience of some 2.4 billion hopes Libra, which is backed by companies including Visa, Mastercard and PayPal, will appeal to the 1.7 billion adults who do not have access to a traditional bank or people suffering from loss of savings due to depreciating or volatile local currencies in their home countries. It could be used to make payments between friends or family at no or low costs through the firm’s wholly-owned apps WhatsApp and Messenger. Facebook has already been experimenting with payments through WhatsApp in India and recently shutdown P2P payments through Messenger in the UK zeroing out credit card transaction fees thus could also offer a cheaper way to pay online merchants. Indeed, the cryptocurrency may be a new era of commerce and payments for the social networking giant.

After reaching a high of $13880, bitcoin is currently in what is likely to be a minor correction, though should it repeat history which suggests a correction between 28% to 40% would bring its low down to between $9993 and $8328 before heading higher once again. So far, it touched $10300 before staging a weak bounce. 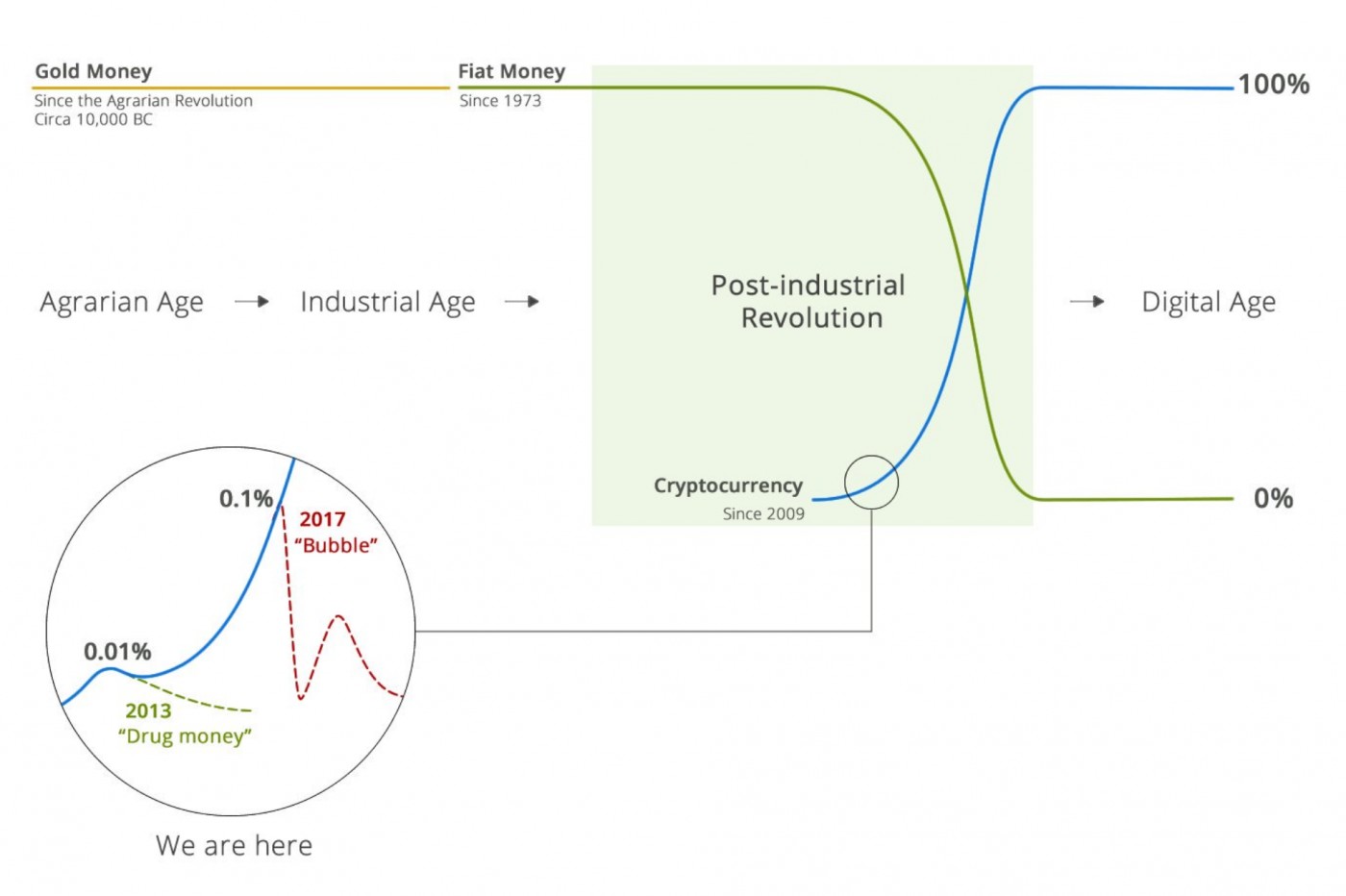