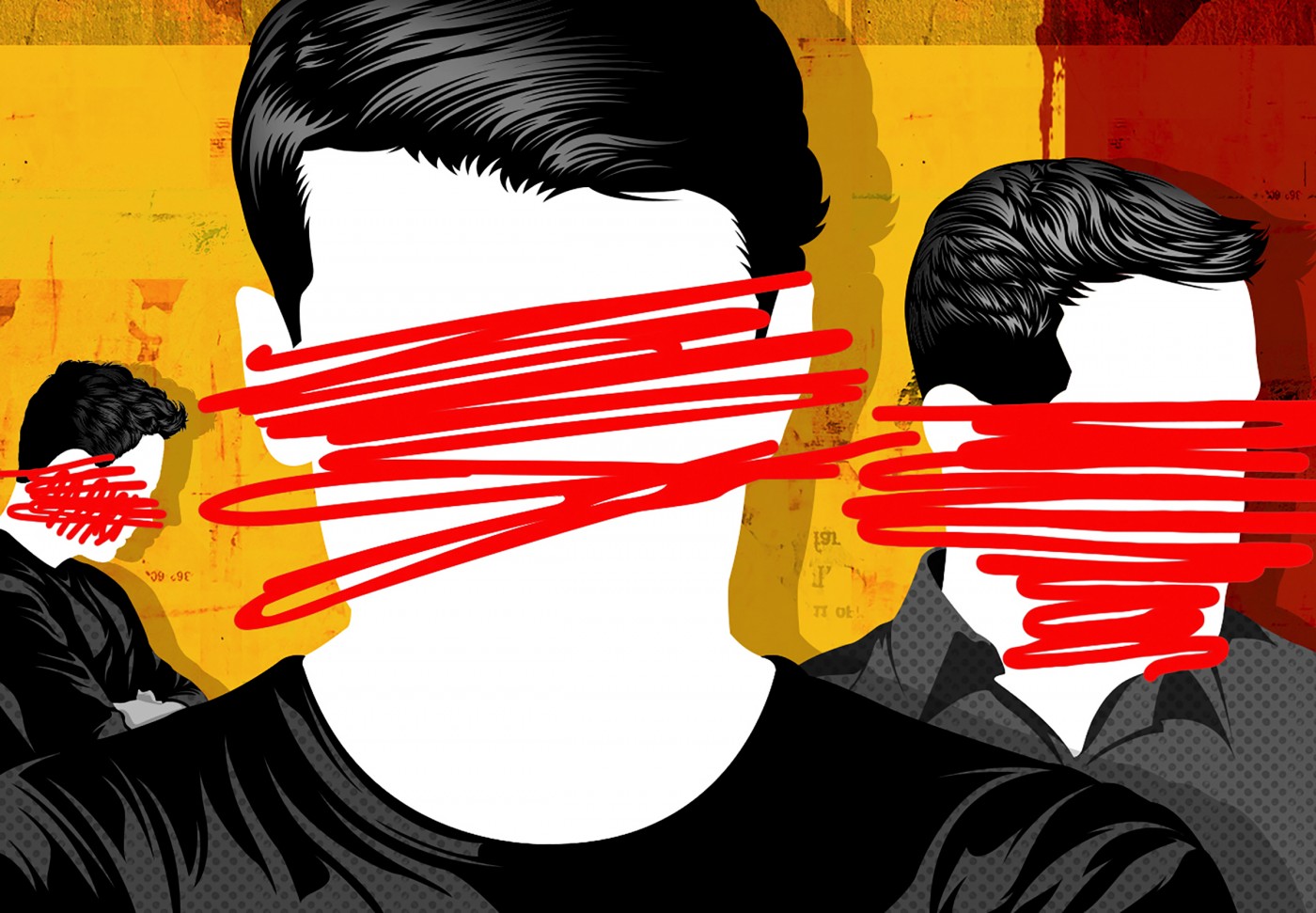 <<<Note: Some of my pieces get picked up and e-blasted which is the secret to some of them going viral. This piece was e-blasted by London's CityAM/CryptoAM and will be picked up by The Capital.

Censorship of the kind we have been witnessing typically leads to various forms of authoritarianism which plagues most all governments in today's world, just as forced equal income and outcome leads to violence if history is any guide. Such should never be confused with equal rights.

Social media platforms must follow first amendment principles which have been sorely distorted and misunderstood. Outside of first amendment principles, such platforms should be allowed to use their own judgement. Here's a word from Naval specifically on this point as well as a piece by David Sacks which some have found of note: https://twitter.com/naval/status/1350602062166282241?s=20

Words such as "terrorism" have been weaponized by mainstream media, thus have lost original meaning, and instead have been used to pass egregious rights crippling laws by stoking the fears of the masses.﻿

Ultimately, decentralized platforms are and will continue run on their own, outside of government control, with their life expectancy based on their utility, so humanity will have to graduate from kindergarten. Blockchain's trustless model will greatly help here as it cuts to the core of economics. The beating heart of bitcoin is blockchain.

To paraphrase, bitcoin, for lack of a better word, is good. ... Bitcoin clarifies, cuts through, and captures the essence of the evolutionary spirit. Bitcoin, in all of its forms; bitcoin for life, for money, for love, knowledge will mark the upward surge of humankind.>>>

And now, onto the story:

The Blanking, Cancellation, and Censorship Culture

We are witnessing the transformation from centralized to decentralized networks catalyzed by the recent blanking, canceling, and censoring of certain individuals from the big five networking platforms Amazon, Apple, Facebook, Google, and Twitter. Both Apple and Android kicked off social networking site Parler from listing its app due to its policy of not censoring users. Amazon's AWS stopped hosting Parler so one could no longer access the site. This is in keeping with both Facebook and Twitter who have both censored or removed individuals who go against what either deem "appropriate" as well as with Google coders have manipulated their algos so certain websites appear starting on page 5 of a search. Virtually no one clicks all the way to page 5. 98% of users dont go past page 1. Indeed, these coders hold more power than they should.

Blockchain's open source peer-to-peer capabilities will disrupt centralized platforms including the aforementioned companies. The smart ones such as Amazon are of course already introducing decentralized technologies into their platforms while other platforms such as legacy banking will be upended. Banks will be forced to adopt DeFi as it will be the largest capital market in the world. Everyone can participate as it is open source, which will drive liquidity, and the more liquidity, the more who will participate which via Metcalfe's Law, accelerating the value of DeFi by the square of the number of its users.

With decentralization, people will become platform independent. If one platform censors an individual, that person can just recover their social cryptokey on what is called a non-personally-identifying node. They can then update their status on the blockchain and repost their message on other platforms, thus reappear at will, even if one platform decides to blank, censor, or remove the person.

Decentralized social media will also be open source programmable. Right now, platforms such as YouTube take much more of the value created by the users than they deserve.

There is likely to just be one main decentralized protocol. The one that remains is the one who wins the network effect. It will attract trillions of dollars in value, but it won't all go to a few companies in Silicon Valley. It will be globally distributed across all the users of the platform.

So far, ethereum is the winner by a long shot. Many companies will compete with each other for users using the same base layer protocol since liquidity begets liquidity, users beget users, and value begets value. Thus ethereum is undervalued at present. Over the next 12 months, its value could easily reach 50x, or more than $50,000 per ethereum. Ethereum has been the coin to beat since it started trading in 2015 since it is the base layer protocol on which companies build. It has outperformed most all coins including bitcoin during bull markets, but also underperforms bitcoin during bear markets.

ETH 2.0 is also designed to be deflationary as it moves from PoW (proof-of-work) to PoS (proof-of-stake). With no miners fees, ethereum coins will be regularly burned thus its supply will decrease. This will further elevate its value.

ETH most recently hit new all-time highs, but this area has acted as resistance, though we are in a fierce uptrend, so ETH may only pause for a few days or less around current levels. BTC is also backing and filling after having hit new all-time highs around $42,000. Given the scarcity of bitcoin, the massive institutional and corporate demand, and a number of metrics which show continued bullishness, expect the current base to resolve to the upside within a few  weeks or less.

Chainlink (LINK), added to the crypto list when it was first launched by Dr. Kacher, is the connector between the old and new world using ethereum as the protocol. It provides passage between on-chain smart contracts and off-chain cloud services. When data moves off blockchain, it has normally needed trusted third parties (TTPs) but they can’t always be trusted as they are vulnerable to attacks. Chainlink overcomes issue via decentralized oracles which connects smart contracts to real world data, events, and payments. It aims to build bridges between payment services like PayPal and Visa, banks like HSBC and Wells Fargo, and blockchains like Ethereum and Bitcoin. So far, it is the leader by far in connecting blockchains to the normal world.

No wonder it is now a $10 billion company. But it is just getting started. Given its network effect, as the cryptospace grows into the trillions, LINK should grow with it. In the past bull market of 2015-2017, cryptocurrency valuations peaked above $800 billion in Jan-2018. In the current bull market, there is vastly greater utility along with institutonal involvement thus the price of bitcoin should reach well into the 6-figures. At for example $200,000/btc, or a 10-fold gain from its prior peak, bitcoin would have a valuation of $3.7 T. The whole cryptospace would probably be valued around $10 T by that point. Certainly leading cryptocurrencies such as LINK could forseeably reach a valuation of beyond $200 billion, or a 20-fold+ gain.

Meanwhile, the UBS Chairman has said crypto can go to zero and that bitcoin is a tool for money laundering and has no lender of last resort so will ultimately fail. It always amuses me that these top guns look past all the fiat that has been involved in the largest scandals in history. In the last few years, nearly half a trillion dollars of laundered money from Danske Bank and other major banks was uncovered. In answer to this, blockchain’s transparency is a godsend for governments as it can eventually stop such activities in their tracks.

...in which the global supply of money was set at bi-weekly committee meetings by a bunch of septuagenarians.

...that did not yet have separation of money and state, much as we look back at the primitive ways of governments who did not separate church and state.

...that saw marijuana, ayahuasca, mushrooms, and other plant medicines as controlled substances.

...that had wars to resolve debt disputes and falling fiat due to central banking.

...that used the witch hunt ways of the -isms from racism to ageism to religionism to genderism to sexism to cancel individuals or deny them the rights of others.

...that used centralized platforms to enable censorship, voter fraud, and the cancellation/black listing of individuals who opposed common belief.

Buckle up! We’re going into a new era.