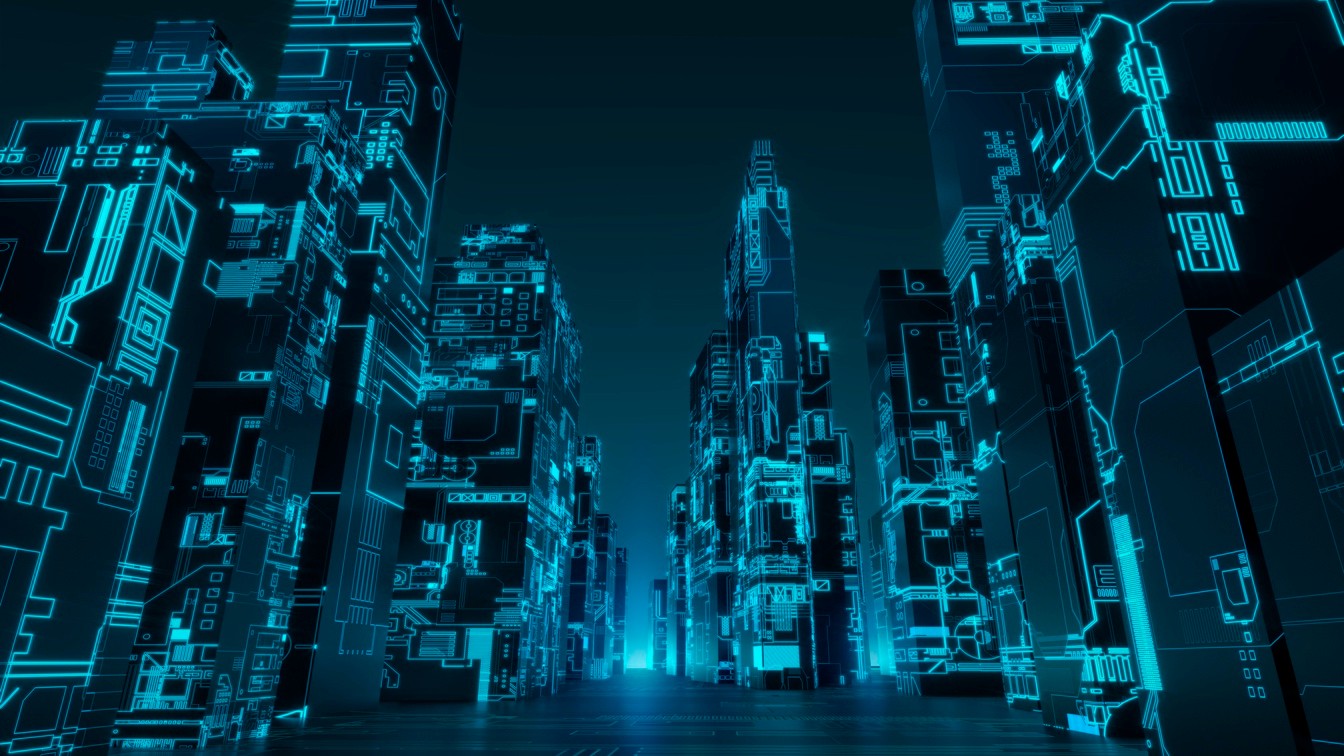 Welcome to the Metaverse

2.7 billion online video gamers (1 in 3 people) who tend to be younger --think Gen Z or Millennials-- would agree with the above as they place high value in digital worlds. People are spending an increasing amount of time in such virtual worlds that brings a sense of purpose, social presence, shared experiences, and a virtual economy. Blockchain expert and personality Ryan Selkis wrote an extensive analysis of the blockchain economy for 2021 and predicts that in time, the majority of the world will spend most of their time in such virtual worlds as such organically scales with ease.

The Metaverse is the bridge between physical and virtual worlds. Within the decentralized and open source virtual world, cryptographic protocols will emerge for managing digital value --think digital art, collectibles, digital real estate, advertising space-- as well as identity. NFTs (non-fungible tokens) on the blockchain will facilitate all of this.

In the same way we hop from one website to the next, our personally designed avatars will soon hop from one 3D virtual environment to the next. We already do this with social media platforms when we move from Instagram to Snapchat to Facebook to YouTube.

Speaking from experience, a tiny group of us across the US did shades of this in the early 1980s when we were programming bulletin board systems, trading software, breaking codes, hacking, and phone phreaking. Most of us were teens at the time. We figured out ways to hack the system so we could engage in up to 59-way conference calls for free while sitting on our computers gaming, trading software, trading ideas, and programming. Even multi-player online games existed back then though in crude, text form.

Eventually, a number of us made it onto the front page of the mainstream press. It's a big reason why I got into UC Berkeley despite subpar grades because school bored me. Others got hired by major companies for large sums to help secure their systems. History rhymes. Today, we are seeing such things on a globally massive multi-participant level, typically engaged in by under 40s. The industry is currently valued at over $100 billion while the virtual goods market is well over $50 B and is expected to grow to beyond a quarter trillion dollars by 2025. Growth continues to accelerate. This is why the value of the cryptospace at just over $1 trillion is just getting started. Expect it to hit $10 trillion by the peak of this crypto bull cycle which should run late into this year or early next. Therefore, expect the leading coins such as those listed in the Crypto Picks list to continue to soar, though keep in mind cryptocurrencies are hugely volatile so a 50% correction in the midst of a sharp uptrend is typical.

But with that said, governments are always the slow animal in the herd. I've been asked if I can share my thoughts regarding the latest explicit attempts by Treasury Secretary Yellen to undermine bitcoin. This question echoes the many other similar questions about government disinformation being spread when it comes to bitcoin. As with the internet or most anything cutting edge, the government's function often oversteps their bounds due to their lack of understanding of the underlying technology. Over-regulation is often the consequence. It is up to those who do understand to educate officials so they dont make wrong moves. Just before Mnuchin left office, he launched an 11th hour sneak attack on financial privacy which would potentially cripple DeFi, bitcoin, and DEXs. He intentionally gave next to no time to debate the issue, so he was hoping he could get such onerous legislation passed into law. Fortunately, the cryptospace is always on high alert to such things, having been trained real-time, under fire since 2011 when mainstream media and various governments began to take notice of bitcoin. Enough signatures were collected to stop such rushed legislation, so now, the normal process of debate can take place in the ensuing months.

Yellen needs a better understanding of bitcoin and blockchain tech. Hopefully she has proper advisors to bring her up to speed. That said, she is a political animal so may see massive downside as bitcoin threatens the world's reserve currency status of the dollar. Ultimately, this is for the greater good as financial freedom is a cornerstone concept that separates finance and state just as we once separated church and state. This would ultimately have a decentralizing effect on power, spreading it out rather than concentrating it in the hands of a few, thus diminishing the influence of those who hold high office. This would therefore affect entire governments, so expect more negative comments from Yellen.

When the SEC does allow the first bitcoin ETF to trade, it could cause a massive price increase in bitcoin, much as GLD kicked off the huge bull market in gold in Nov-2004. The premium on GBTC went negative for the first time ever.

One primary reason is the ETF will have to hold bitcoin. So the flood of buy orders for the bitcoin ETF will force the ETF to buy actual bitcoin. This could send the price soaring and prolong the current bull run. This brings the prediction I made in Nov-2017 at the Geneva WealthTech event of $1,000,000 by the end of 2023 may turn out to be too conservative. This would not be the first time. A number of my predictions that were shocking to most all sometimes ended up being too conservative.

But in an ever changing world where little stays the same, Amazon identified two things never change: people will always want faster delivery at lower cost. Bitcoin and ethereum do both for value transfer. They deliver and exchange value at a tiny fraction of the cost. Ethereum 1.5 which is the next incarnation then 2.0 will dramatically speed up transactions at the native level, but in the meantime, layer 2 technologies that synchronize with both coins speed up delivery times, and the speeds continue to improve. So when Naval Ravikant said two years ago that 90% of jobs on Wall St will be gone in 7 years, he was on the mark. #defi #storeofvalue #exchangeofvalue
Like what you read?
Let us help you make sense of these markets by signing up for our free Market Lab Reports:
This information is provided by MoKa Investors, LLC DBA Virtue of Selfish Investing (VoSI) is issued solely for informational purposes and does not constitute an offer to sell or a solicitation of an offer to buy securities. Information contained herein is based on sources which we believe to be reliable but is not guaranteed by us as being accurate and does not purport to be a complete statement or summary of available data. VoSI reports are intended to alert VoSI members to technical developments in certain securities that may or may not be actionable, only, and are not intended as recommendations. Past performance is not a guarantee, nor is it necessarily indicative, of future results. Opinions expressed herein are statements of our judgment as of the publication date and are subject to change without notice. Entities including but not limited to VoSI, its members, officers, directors, employees, customers, agents, and affiliates may have a position, long or short, in the securities referred to herein, and/or other related securities, and may increase or decrease such position or take a contra position. Additional information is available upon written request. This publication is for clients of Virtue of Selfish Investing. Reproduction without written permission is strictly prohibited and will be prosecuted to the full extent of the law. ©2022 MoKa Investors, LLC DBA Virtue of Selfish Investing. All rights reserved.
FOR OUR FREE MARKET LAB REPORT :