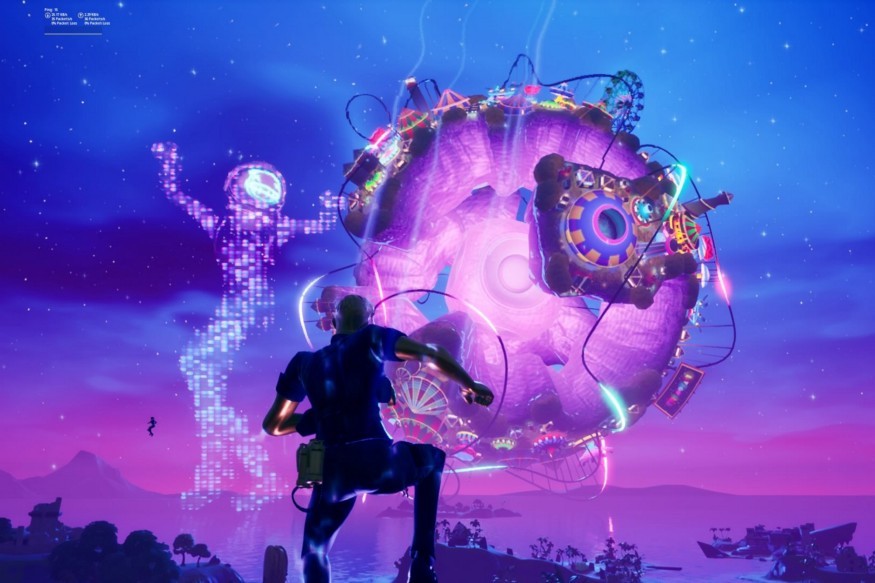 The Metaverse will spur the transformation of massive wealth from grave to cradle via the blockchain, home to NFTs which revolutionize digital private ownership, and home to DeFi which upends legacy banking and finance. Indeed, Naval Ravikant's prediction that 90% of jobs on Wall St will be gone in several years is still on track.

Younger gens tend to trust and embrace newer technologies since they often grew up in such an environment where the internet was standard, so are more likely to have bought bitcoin which became an integral part of the internet's DNA some years ago when it was under $1000, and if they dont already own it, stand to inherit more than $30 trillion in wealth in the coming years which will more likely be put into digital stores of wealth such as bitcoin and owning a piece of the metaverse over something as archaic as gold.

The creation of digital worlds for the masses which simulates the physical world is accelerating. What started as an infinitesimal fraction in the early 1980s with the first role playing games for the personal computer and multi-player ascii games at 300 baud has been exponentially spreading globally, and now, is facilitated by blockchain.

There are no numbers nor letters

Human beings codify their existence to bring life down to human size to make it comprehensible. But this oversimplifies reality. Words are often illusory. There are no numbers and no letters in base zero reality, just the multidimensional and multiversal telepathic supermind. The magnitude of what is coming is therefore incomprehensible to most. Blockchain, AI, telepathic communication of which empathic communication is a subset, and life in the Metaverse are all still many hops away before a full understanding is reached. Until then, such possibilities remain largely unfathomable.

But as with all S-curve technologies, once understanding is reached, mass adoption will come.

We have some of the sharpest minds on the planet driving colossal sums of capital that target young cryptocompanies. What was worth just a few billion dollars 6 years ago in 2015 is now a trillion dollar space. It will become, dare I say it, a quadrillion dollar space in time. But then I called for bitcoin to reach $10,000 when it was still in its teens, then $1 million for my keynote at the Geneva WealthTech before it had broken $10,000 in 2017.

The asymmetrical upside is unfathomable. Not even counting its first year of operation, $1 invested in bitcoin in 2010 at an average cost of $0.007 is worth more than $60 million today. And it is just getting started.

The platforms can continue to operate via p2p without intervention. This makes crypto orders of magnitude more efficient than traditional centralized organizations such as the tens of thousands of employees in traditional banking and finance. Coinbase alone has over 1,000 employees.

Remember, the internet built Wikipedia with no economic incentive. Don't underestimate what the internet can build as DAOs.

Crypto protocols enable services to happen with higher security and less cost. Meanwhile, equally efficient structures can be built on top of the new structures for added utility. The amount of productivity generated is already soaring but the end game is nearly incomprehensible. The impact on GDP will be immense and is the one white swan variable that can mitigate the catastrophic effects of record levels of debt and low interest rates as I have written in prior reports.

The price of bonds at the long end of the yield curve will rise as the expectations for economic growth rise.

Web 3.0 is the foundational layer on which these technological developments will take place. We need clear regulation so countries such as Singapore can crunch through their growing backlog of companies waiting to take advantage of the blockchain-based cryptocurrency ecosystem. They all see the orders of magnitude in efficiencies gained by moving into such technologies.

Bitcoin is disinflationary thus is the perfect inflation hedge against the sums of fiat money being printed.

Tether USDT Current Status as of June 2021: The audit of Tether shows 65% of their reserves are in commercial paper which are bonds issued by companies. New York is the strictest state when it comes to crypto laws, so given that they have so far signed off on Tether's required quarterly audits is a good sign that the 65% in commercial paper is acceptable. Further, keep in mind that fully regulated USDC makes a great substitute for USDT in the unlikely event things go pear-shaped for Tether.

Earlier update: NY Attorney General’s $850M probe of Bitfinex, Tether ended in an $18.5M settlement. An agreement was reached that Tether must provide all records going forward every quarter. Tether has been able to account for all tether created since 2018 and more recently has provided reports satisfying the requirements of the AG since they reached an agreement. FUD-based reports on Tether ignore the facts. I had written on the topic HERE.
Like what you read?
Let us help you make sense of these markets by signing up for our free Market Lab Reports:
This information is provided by MoKa Investors, LLC DBA Virtue of Selfish Investing (VoSI) is issued solely for informational purposes and does not constitute an offer to sell or a solicitation of an offer to buy securities. Information contained herein is based on sources which we believe to be reliable but is not guaranteed by us as being accurate and does not purport to be a complete statement or summary of available data. VoSI reports are intended to alert VoSI members to technical developments in certain securities that may or may not be actionable, only, and are not intended as recommendations. Past performance is not a guarantee, nor is it necessarily indicative, of future results. Opinions expressed herein are statements of our judgment as of the publication date and are subject to change without notice. Entities including but not limited to VoSI, its members, officers, directors, employees, customers, agents, and affiliates may have a position, long or short, in the securities referred to herein, and/or other related securities, and may increase or decrease such position or take a contra position. Additional information is available upon written request. This publication is for clients of Virtue of Selfish Investing. Reproduction without written permission is strictly prohibited and will be prosecuted to the full extent of the law. ©2022 MoKa Investors, LLC DBA Virtue of Selfish Investing. All rights reserved.
FOR OUR FREE MARKET LAB REPORT :