by
Dr. Chris Kacher
**But first, a word from our sponsor, Quantitative Easing**
The ongoing bare knuckle brawl between the U.S. and China on trade matters sent S&P 500 futures down around -2% before the open on Monday but has since bounced on softer words from President Donald Trump. That said, he continues to argue that the U.S. is in an advantageous position over trade, though White House economic adviser Larry Kudlow admitted last Sunday that “both sides” will feel the pain. Trump early in the week continued to send tweets regarding the talks, arguing that there was “no reason” for U.S. consumers to pay tariffs and that companies would leave China to avoid the duties if a deal isn’t reached.

Trump knows he's in the driver's seat. Any further weakness due to the trade war is likely to be met with additional quantitative easing. QE has been the market's safety net since 2009. It should remain as such for reasons I wrote HERE.

That said, as usual, such major moves by the Fed will not come immediately. First, they just posture and preen. Indeed, speculation that the Federal Reserve may cut interest rates to offset any weakness in the economy took a knock last Tuesday after NY Fed chief John Williams and Kansas City Fed President Esther George both downplayed the suggestion, Williams in particular noting that the tariff increases levied by the U.S. would tend to increase inflation.

The most recent move in GBTC is most likely just the start of a much longer run, though expect mini-bubbles and sharp pullbacks at times. Gil and I are happy we were on it coming in from both angles, Crypto (March 24) and VooDoo (March 18) Reports.

As for bitcoin's recent mini-parabolic move then expected blow off, the sell off is a short term reaction as I have spoken and written about bitcoin's tailwinds for a number of years. Some of these are coming into play in greater measure. In a piece I wrote on March 24, 2019 when bitcoin was still under $4000, I called Dec 15, 2018 as a major bottom for bitcoin.

Institutions such as Fidelity and E*Trade Financial are starting to take greater interest. Fidelity said more than half of institutional investors believe digital assets were worth including in a portfolio, while 22% already own some form of digital currency. Institutions are beginning to see cryptocurrencies as innovative technology along with asymmetrical risk, ie, little correlation with traditional markets, which makes them even more appealing. Expect a transition from primarily retail money to institution money, much as happened during the dot-com boom of the late 1990s.

Barry Silbert, creator of the Bitcoin and Ethereum Grayscale ETNs (GBTC, ETCG), pointed out that in Q1 2019, 90 percent of the firm’s money was from institutional investors, adding that 90 percent of that went into their Bitcoin fund. He went on to state:

“Grayscale Investors […] the manager of Bitcoin trust, which is raised publicly simple GBTC […]  We have 10 funds, so where the demand is coming from, its institutions now and its right now just Bitcoin.”

“I think what 2018 had was the unwinding of the ICO markets. You had all of the demand for ICOs one way and the projects that raised all the Bitcoin were trying to stay in business by selling the Bitcoins.”

In any event, gone are the days of declaring bitcoin useless technology, a place for drug and child trafficking, a place for money laundering, a technology that belongs in the dark web. Reminds me of the early days of the internet when I created one of the first 3000 websites in 1994. But if you're a first mover, get used to it. People fear the unfamiliar so try not to take things personally.

Bitcoin also is more secure and borderless than gold. Bitcoin's hashrate towers above all other coins, so while its technology may be inferior, it has the network effect much like TCP/IP was inferior in the 1990s yet essentially became the internet due to its first mover advantage which enabled it to achieve the network effect vastly above and beyond any other technology. Indeed, the perception of bitcoin is improving such that with capital flow from quantitative easing near record levels, capital will not just flow into gold as a way to diversify away from fiat but also into bitcoin.

Barry Silbert makes it clear that his company is targeting a new generation of investors who will soon be coming into the family inheritance and will be more susceptible to the pitch from the issuers of bitcoin financial instruments. “For the younger generation, money is digital… $68 trillion in wealth being handed down over the next 25 years.”

Though this doubling may start to take longer over time, there are 1.7 billion that remain unbanked and another 2 billion that are partially banked who will leapfrog traditional banking to become banked via peer-to-peer methods such as the use of decentralized, secure, and private blockchain-based bitcoin. This can help push bitcoin valuations higher, creating a new norm. Markets are forward looking. Remember when Amazon stock had nothing but negative earnings for years starting in the late 1990s yet Amazon stock continue to rip higher? Markets knew. Markets are the sum total of the collective mindset. None of us is as smart as all of us.

While regulatory headwinds are perhaps the biggest reason why bitcoin and other cryptos will suffer some sort of correction on the way to higher prices, regulation is ultimately good for the cryptospace as it will help it mature and enable institutions to further onboard the technology. Indeed, two members of the SEC have stated blockchain tech is valuable so they must be measured in their approach as existing regulations are amended and new ones are passed into law.

The SEC will eventually approve a bitcoin ETF. It took leveraged ETFs 6 years for SEC approval. It took actively managed ETFs nearly 6 years as well. The 5+ years for the SEC to approve a bitcoin ETF is nothing unusual. As shown below, when you remove fake volume, CME futures volume is significant ($85M), especially compared to the real bitcoin exchange traded spot volume (35% for Feb 2019).  This is good news because it means CME— a regulated, surveilled market— is of material size, which is important for an ETF. It increases the odds of an SEC-approved bitcoin ETF. Such an ETF could spark a wave of liquidity into bitcoin much as the gold ETF GLD which was launched in 2003 sparked a wave of buying in gold that persisted for a number of years. 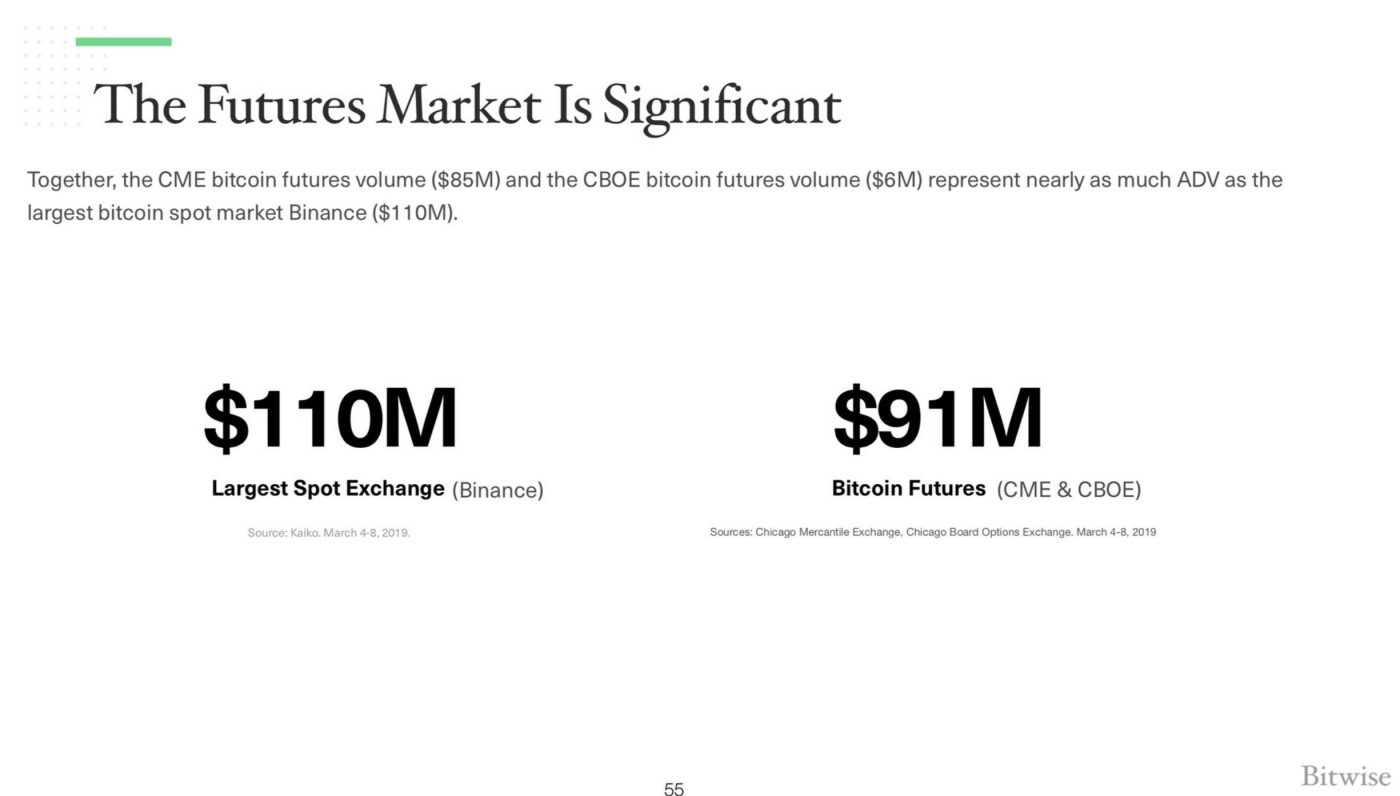 1. "On ZS, I am up more than 20% since I purchased it. Wasn’t exactly 3 weeks but damn close. Should I apply the three week rule or use a logical stop?"

A: Look at the chart in terms of how it has performed relative to its peers and the overall market. So far, it's breaking out on volume, but as we know, many breakouts fail in this market. Further, the bounce in the general market may be short-lived as the trade war plays out. We saw how fast markets can correct when trade issues go pear-shaped as they did recently thus the current bounce may be short-lived.


2. MIME. "I’m looking at a few big volume down days and a low risk entry at a close above the 50 day MA. Am I being to aggressive?"

A: It closed below its 50dma thus still could encounter resistance. Further, as you point out, there are big volume selling days. MIME has also not had any entry points in the way of undercut & rally or volume dry up patterns, thus it is a higher risk play.

Your question suggests you need to better understand your risk tolerance preferences which are unique to each investor. Only you can decide for yourself whether you are being too aggressive.

A: This last exponential rise & crash of bitcoin was NOT organic. The blockchain showed there were no major capital movements. The rise was orchestrated by big holders of bitcoin to milk profits via a short squeeze. That requires immense capital to buy up all the shorts. It’s done by institutions and whales.

In any event, when bitcoin has a mini-bubble then reverses hard, it typically takes a number of days if not weeks to set up and continue its uptrend. It reversed hard over 24 hours after more than doubling from its jump from around $4100 at the top of April. Bitcoin, ethereum and their ETNs, GBTC and ETCG, are shortable here.

You may have noticed how bitcoin led the rally, then ethereum finally started to rally after a few days delay. This was then followed by the other alt-coins, though the best ones, a number of them which have been mentioned here on VSI, started their major moves shortly after bitcoin bottomed on December 15, 2018. This overall behavior is not unusual as these types of correlations occurred a number of times from 2015-2017.

In terms of performance, bitcoin is the Porsche, ethereum is the T-38 Talon [pictured below], and the best alt-coins are reusable rockets. 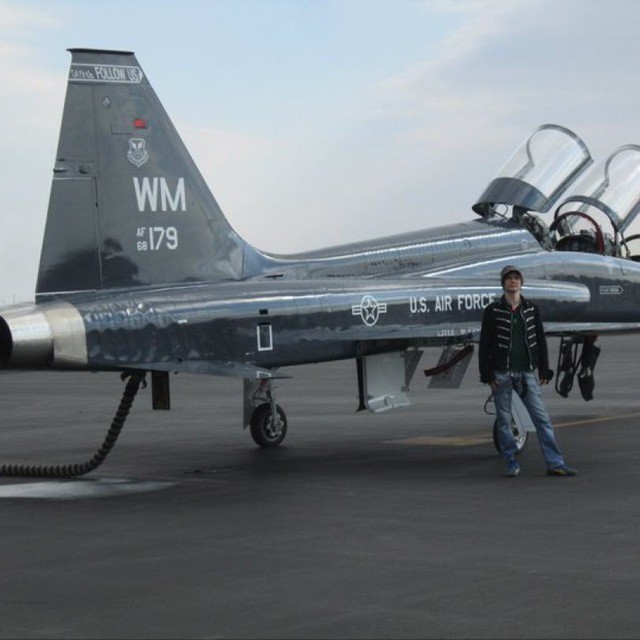 Dr K en route to NYC
Like what you read?
Let us help you make sense of these markets by signing up for our free Market Lab Reports:
This information is provided by MoKa Investors, LLC DBA Virtue of Selfish Investing (VoSI) is issued solely for informational purposes and does not constitute an offer to sell or a solicitation of an offer to buy securities. Information contained herein is based on sources which we believe to be reliable but is not guaranteed by us as being accurate and does not purport to be a complete statement or summary of available data. VoSI reports are intended to alert VoSI members to technical developments in certain securities that may or may not be actionable, only, and are not intended as recommendations. Past performance is not a guarantee, nor is it necessarily indicative, of future results. Opinions expressed herein are statements of our judgment as of the publication date and are subject to change without notice. Entities including but not limited to VoSI, its members, officers, directors, employees, customers, agents, and affiliates may have a position, long or short, in the securities referred to herein, and/or other related securities, and may increase or decrease such position or take a contra position. Additional information is available upon written request. This publication is for clients of Virtue of Selfish Investing. Reproduction without written permission is strictly prohibited and will be prosecuted to the full extent of the law. ©2022 MoKa Investors, LLC DBA Virtue of Selfish Investing. All rights reserved.
FOR OUR FREE MARKET LAB REPORT :